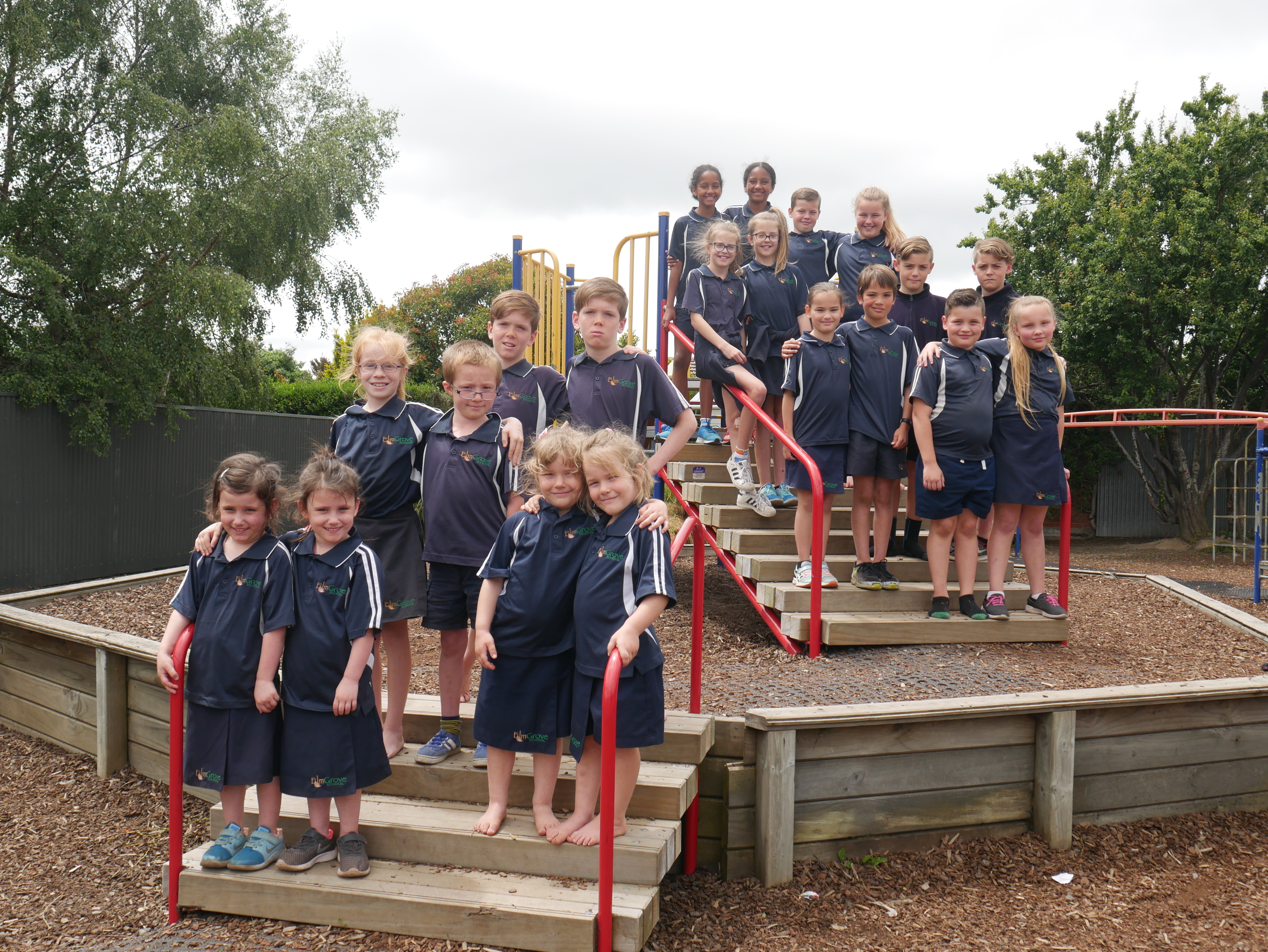 For the past month, there have been 10 sets of twins at the school - six identical and four fraternal.

The fraternal twins are all sister-brother pairs - Sophie and Josh Binnie, Aimee-Lee and James Higgins, Millie and Lucas Crosbie, and Sophie and Ollie Whyte.

Four sets of sisters, Sophie and Chloe Robinson, Kayla and Bella Hendry, Scarlett and Harper Brimble, and Isla and Indie Hill, and two sets of brothers, Levi and Layton Ellis, and Flynn and Zac Whitley, make up the identical twins.

School principal Chris McKinlay said it was the most twins the school had ever had, and they accounted for about 6% of the school's roll.

It was easier to tell them apart when they were together, he said.

Most had identifying features, such as freckles in particular places or different hairstyles.

While Kayla and Bella are identical twins, they have different birthdays.

Each year the girls get some presents on Bella's birthday and some on Kayla's but, more importantly, they get two birthday cakes.

Bella said she enjoyed being a twin because "we always have someone to hang out with''.

Their hairstyles and colour of their glasses make it easy for people to tell them apart - Bella's hair is shaved at the side and her glasses are pink, whereas Kayla's glasses are blue.

Schoolmates Sophie and Chloe were less enthused when asked if they liked being a twin.

But they had used it to their advantage by swapping places in class once at their old school.

"We tricked the teacher and she did not even realise.''

Four sets of twins are in year 6 and will move on to other schools next year.