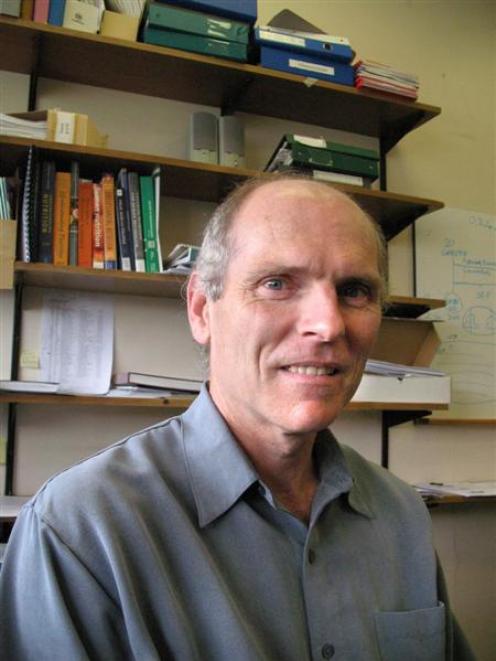 In September next year, the addition of low levels of folic acid to all bread, except organic bread, will become mandatory in New Zealand in a bid to reduce the number of children born with diseases such as spina bifida.

However, there are concerns in the United States that high consumption of folic acid could promote bowel cancer tumours.

Dr Bernard Venn, from the department of human nutrition, and Prof Ian Morison, from the department of pathology, have been granted $7416 from the Otago Medical Research Foundation's Laurenson Awards for their one-year study into whether folic acid accelerates cancer cell growth compared with natural folate (which occurs in such foods as chicken liver, spinach and lentils).

Folic acid is the synthetic form of folate.

Dr Venn told the Otago Daily Times Americans consume "a lot more" folic acid than New Zealanders and there was concern there it "may help promote tumour growth".

"But we shouldn't make too much of that at the moment. The amount of folic acid going into bread in New Zealand is pretty small.

So the cancer story is for much larger doses of folic acid."Americans began adding folic acid to their bread in 1996 but also can have up to 400 mcg of folic acid in a serving of breakfast cereal and are more likely to take supplements that can contain up to 1mg of folic acid.

According to the New Zealand Food Safety Authority's website, fortified bread here will have to contain around 135mcg of folic acid for every 100g.

"Based on current scientific evidence, there is no apparent risk to public health and safety from the estimated increase in folic acid intake as a result of mandatory fortification."

However, in Britain, concerns over the link between folic acid and cancer have stalled plans there to add it to bread.

In media reports since the New Zealand decision, Britain's chief medical officer, Sir Liam Donaldson, has been quoted as saying that putting folic acid into bread could raise rates of bowel cancer.

He said more research was needed before he could approve the measure.

British health authorities are waiting for the results of two major trials, one looking at the effect of folic acid on bowel cancer, and are "holding back" from making a decision until mid-2009.

One of the starting points for concerns over the cancer link appears to be a 2007 study done at the Darmouth-Hitchcock Medical Centre in the United States, published in the Journal of the American Medical Association, which set out to explore whether or not folic acid might prevent colorectal adenomas (growths).

It concluded that it did not, but that further research was needed to investigate the possibility that folic acid supplementation "might increase the risk of colorectal neoplasia (abnormal cell growth)".

In response to ODT inquiries, Ministry of Health chief adviser Dr Greg Simmons said, in a statement, the ministry "actively stays in touch" with research on links between high folic acid intake and cancer.

"So far no such link has been substantiated. Based on the best available evidence, mandatory fortification of bread is proceeding in September 2009."

Dr Simmons said it had been estimated that the folic acid intake of the majority of the adult population, from eating fortified bread, as part of a normal diet, would not exceed the upper limit of 1000icrg per day.

He said the company did not agree with the move and believed there were better ways to boost folic acid levels in women at risk of having children with spina bifida.

Other grants from the Laurenson Awards include $29,300 to Dr Lisa Houghton and Prof Murray Skeaff to study vitamin D; $11,900 to Dr Arlene McDowell and Prof Thomas Rades to study the antioxidant properties of puha; and $34,264 to Dr Rhonda Rosengren to investigate the use of substances derived from cannabis in cancer therapy.