SDHB at financial risk from asbestos 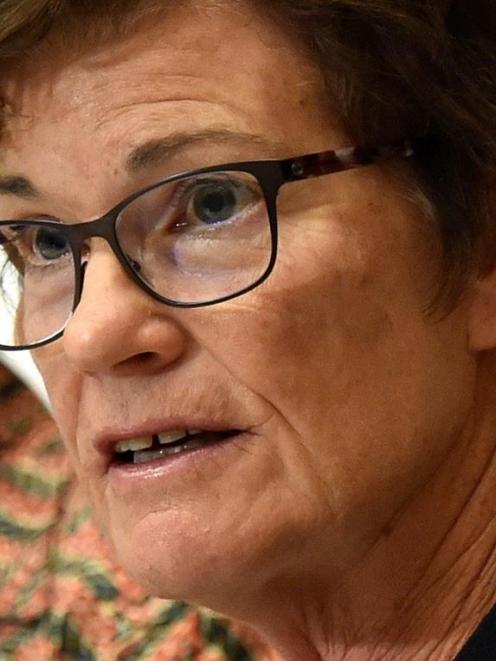 Kathy Grant.
Asbestos poses a financial risk at the Southern District Health Board, which is under pressure from the health minister and Wellington officials to "accelerate'' cost-cutting, a document released under the Official Information Act shows.

It is hoped the board will post a smaller deficit than the $35.9million forecast, but this was at risk because of the discovery of asbestos at Dunedin Hospital last year, the document says.

At the end of February, the board had spent more than $640,000 on managing the asbestos scare, but no up-to-date figure was available.

A document released to the Labour Party reveals commissioner Kathy Grant had been told changes must be "advanced quickly''.

"The Minister of Health [Jonathan Coleman] met with the commissioner at the end of 2015 and clearly outlined his expectations that plans to improve the financial position on a more permanent basis needed to be accelerated,'' the document says.

Mrs Grant and her commissioner team will make decisions in July before "consultation and implementation'' in August and September, the February report to Dr Coleman shows.

"When you think of the size of the DHB and the service proposals affect the far-flung parts of the whole DHB, that seems to be a very short time for consultation.''

Labour would continue to pursue documents under the OIA in order to find out what the commissioner team was up to.

In a response last night, Mrs Grant rejected a suggestion the board was under pressure to save money.

"Southern DHB is acutely aware and committed to the imperative of better leveraging opportunities and efficiencies that can come from an aligned, integrated, high-performing healthcare system that better serves our population,'' Mrs Grant said.

The commissioner team would tell the public its plans when "it is appropriate to do so''.

Officials told Dr Coleman the board had been tracking relatively well financially during this financial year.

"There are risks to the DHB maintaining this performance, including its need to meet unplanned costs relating to the discovery of asbestos in its clinical services building in October 2015.

"The exact costs of this are still being determined.''

In October, parts of the clinical services building were temporarily closed because of an asbestos scare.

Most areas were soon back up and running, but a pair of lifts are still closed, and it is not known when they will reopen.

The board has been working out how to deal with hundreds of deposits of asbestos, some of which need to be removed.

The potential service changes include proposals for long-term conditions, older people's health services, and urgent care, but there was no information about how it might affect patients.

Legislation working its way through Parliament to scrap this year's health board election would allow "closer oversight'' to move the board back to a break-even financial position, officials told Dr Coleman.

Even with cuts planned, the board will be in deficit for at least another three years, its recently released annual plan shows.

• Southern District Health Board expected to post deficits of more than $30million until at least 2018-19.

• Commissioner considering service changes to be implemented later this year after consultation.

• Asbestos posing financial risk. Pressure on board to speed up cost-cutting