Shops out of action as flood repairs continue 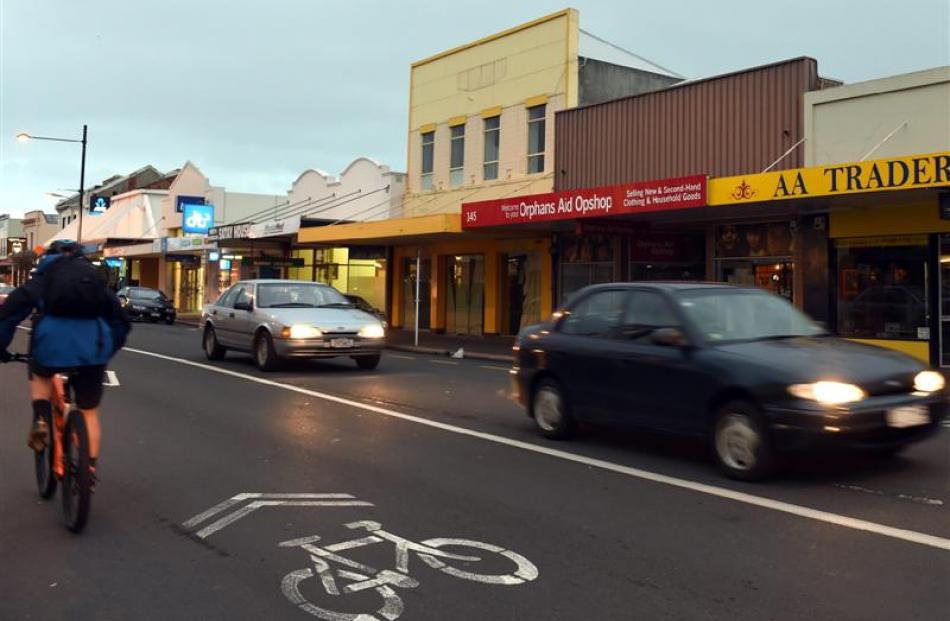 Businesses continue to be displaced and many shops remain in disrepair more than two weeks after flooding wreaked havoc in South Dunedin.

Builders were working to repair damage to stores around Cargill's Corner this week, while other stores appeared to be closed indefinitely after the deluge.

Orphans Aid Opshop South Dunedin store manager Hilary Campbell said it was frustrating to wait for insurance assessors to advise her when the store could reopen.

The shop, in King Edward St, was awash with ''six to eight inches'' of water after the flood.

''We are a fundraising organisation but also a helping agency for our community.

''There are a lot of families that could do with coming in to get some really cheap blankets or bedding or clothes, and we're not able to be open to [provide] that.

''It's frustrating for us, for our staff, for our organisation and for the locals.''

Mrs Campbell said the building needed new wallboards because of the damage.

It was unclear when the work could begin. Builders were continuing to repair extensive damage to one of two buildings in King Edward St housing second-hand dealer AA Traders.

The builders said they had removed all carpet and 300mm of wall lining from the floor up.

They were replacing materials but could not say how long that would take.

The other store, on the opposite side of the street, was also being worked on as it remained out of action.

A spokesman for the store did not want to talk to media. However, a spokesman for carpet cleaning franchise ChemDry, which was working on the building, said the tiles might have to come up.

Home appliance retailer DTR had set up a pop-up store out the back of its shop as it grappled with repair work.

A DTR spokesman said all carpet had to be pulled up and shop fittings had been destroyed.

He was unsure how long repair work would take as he was waiting for information from assessors.

Arkwrights second-hand store owner Karen Herd said she would not replace destroyed carpet in one of her three stores in the area, in order to save costs.

The store lost about $6000 worth of property, excluding carpet. She said it should be operating again within a couple of weeks.

Another one of the stores, on the corner of Hillside Rd and King Edward St, was saved from flooding after staff used an old pipe to divert water away.

The third store, next to the Mayfair Theatre, was unaffected.

Brian Stuart Antiques was closed indefinitely. Significant moisture had accumulated around the windows of the building.

The store could not be contacted.

Thomas' Shoes owner David Thomas said his premises were flooded but the store was back to business as usual, with only some skirting needing replacing. About 200 pairs of shoes were destroyed and the store was closed for a week, he said.