A cold front is now expected to bring "significant snow" to low levels in the south of the South Island overnight and into Tuesday, affecting all alpine passes and closing the Milford Road.

State Highway 94 in Southland closed from East Gate (Hollyford) to West Gate (Chasm) from 4.30pm today due to heavy snow forecast overnight of up to 20cm.

"Significant snow is also expected throughout Tuesday with the road not expected to reopen,"  NZ Transport Agency Milford Road advised this afternoon. 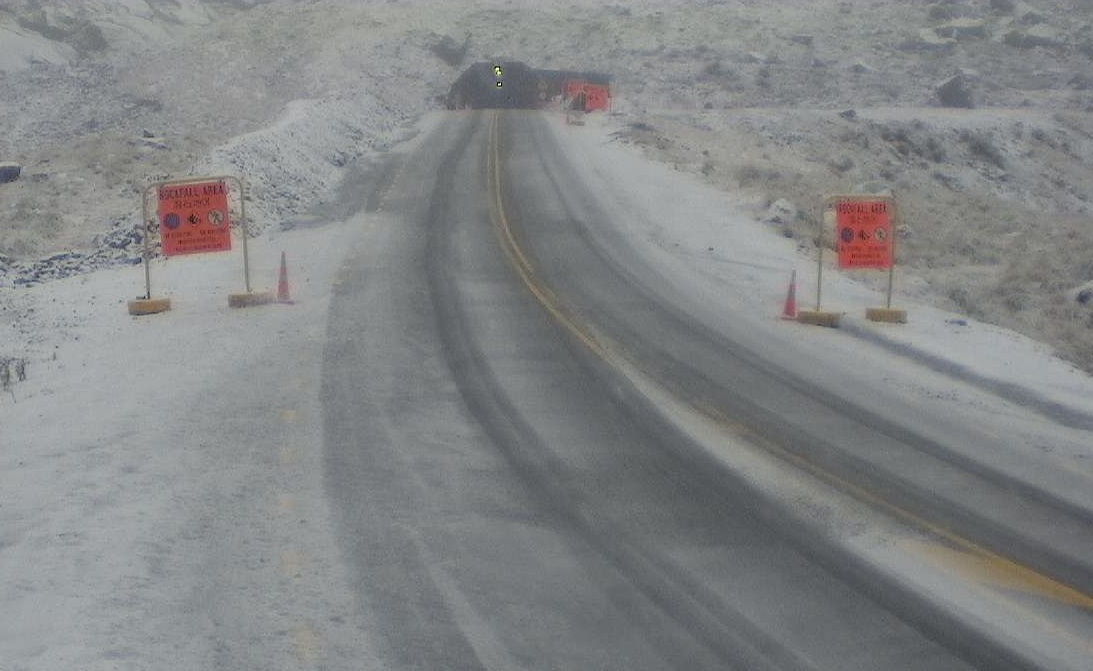 Milford Road (SH94) closed at 4.30pm on Monday. Photo: NZTA Milford Road
MetService has updated its severe weather information to include a Heavy Snow Warning for Fiordland and a Heavy Snow Watch for inland Southland, Clutha and Central Otago south of about Roxburgh.

We haven't quite reached meteorological winter but Tuesday has...

There is also a Strong Wind Watch in place for Coastal Southland, Clutha and Dunedin, where there could be southwest gales from 10am-9pm on Tuesday.

The forecaster had earlier advised that Dunedin's hill suburbs were included in its forecast for snow tomorrow morning.

Until yesterday, Dunedin had not been not expected to get snow like the rest of Otago and Southland.

In the most recent update, at 1.45pm on Monday, MetService said Fiordland could receive 15cm to 20cm of snow from 300m and above, as well as snow flurries down to 200 metres.

A snow watch is in place for Southland, Clutha and Central Otago, where it may be heavy at times and approach warning criteria above 300m from 2am until 6pm on Tuesday.

There could also be at least a dusting for many elevated areas in the South Island. These include all alpine passes and the Crown Range Road (linking Queenstown and Wanaka).

Road users should check with the NZTA to see how these passes are affected as they could close quickly. 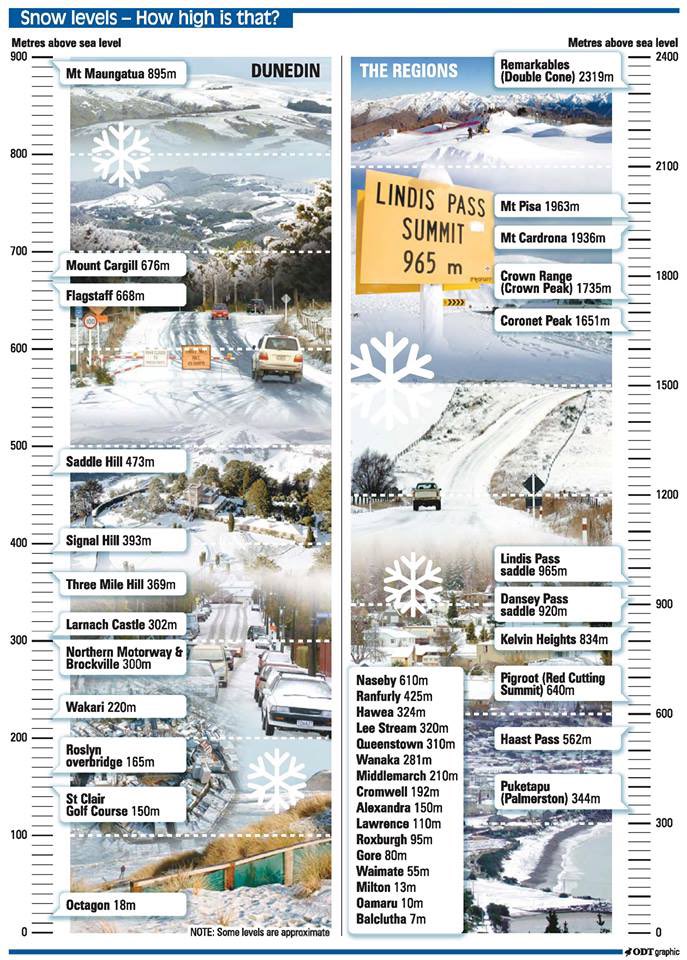 "It’s going to be quite cold first thing, but it should warm up later in the day as the winds ease."

Fellow meteorologist Kyle Lee said if snow did fall down to 300m inland, it would affect a lot of roads around the region, especially the higher routes.

"I expect it to cause some form of delays and affect a few higher roads, specifically in the Central Otago region.

"But at this stage it’s hard to pinpoint which regions or exactly which roads we think will be affected."

He advised farmers to keep an eye on the forecast to see how it developed, because they might need to move stock to more sheltered areas.

On Thursday, a ridge of high pressure was expected to move on to the country from the Tasman Sea.

Haast Pass (State Highway 6) - Between 2am and 9am Tuesday, 1 to 3cm of snow may settle near the summit of the road, with lesser amounts to 400 metres.

Lewis Pass (SH7) - Between 5am until 4pm on Tuesday, 5 to 10cm of snow may accumulate near the summit of the road, and lesser amounts to 600 metres.

Milford Road (SH94) - From 7pm today to 5pm toorrow, 20 to 30cm of snow may settle near the tunnel, with lesser amounts to 300 metres. The road will close on Monday from 4.30pm and may not open on Tuesday.