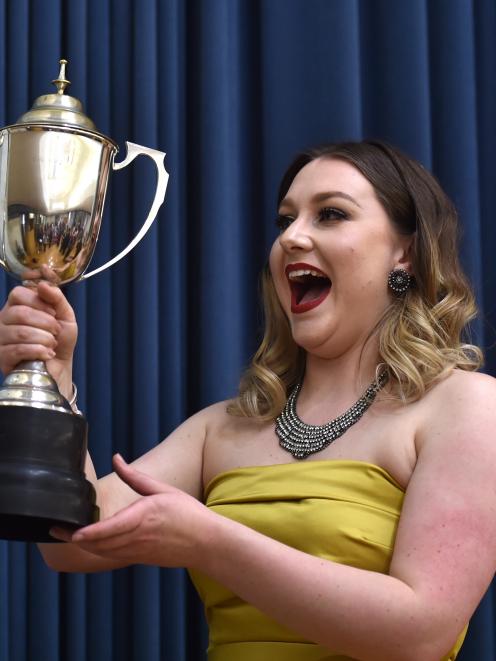 Seven vocalists vied for thousands of dollars of cash prizes and the esteem of the city’s musical establishment in front of a packed Burns Hall.

She took home $5000 from the Dame Malvina Major Foundation and the Celebration of a Century Cup.

The 23-year-old was almost lost for words moments after what she said was the highlight of her musical career.

"I totally did not expect this. It’s the first time I’ve won anything in a big aria competition.

"I’ve been in finals before, but it’s just incredible to be awarded the first place."

Originally from Ashburton but now Dunedin-based, Ms Pike studies privately with tutor Judith Henley, having previously completed a bachelor of music degree in classical voice performance at the University of Otago.

She also works as an accompanist for a bevy of schools and regional choirs and is a private piano teacher.

The vocalists were accompanied by Terence Dennis and Catherine Norton.