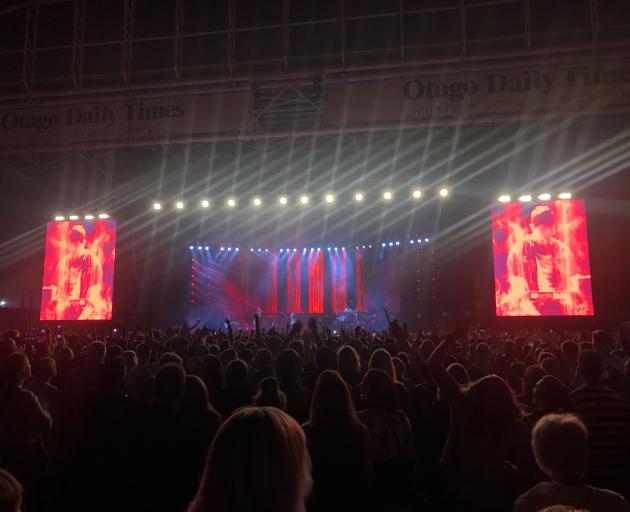 The Dunedin band started playing at Forsyth Barr Stadium about 08.50 opening the show with "Vibes".

The 20,000 fans - formed mainly by youngsters and kids with parents - are singing along and dancing as the band run through their repertoire of hits. 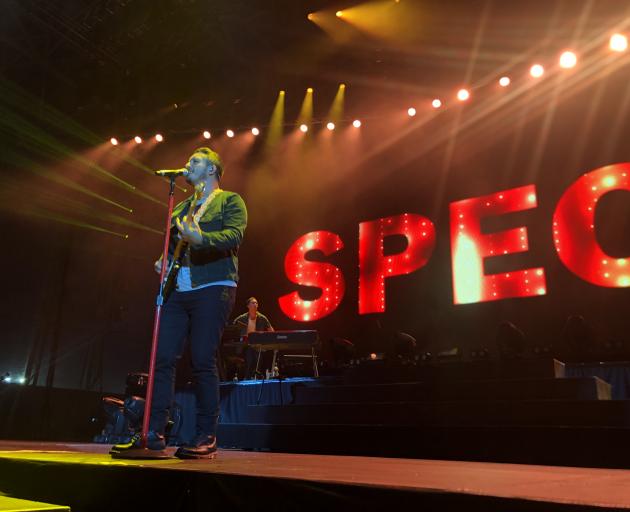 They were the most played artist in New Zealand on Spotify last year.

On the big screen, the band paid homage to their origins with images of their 660 Castle St flat. 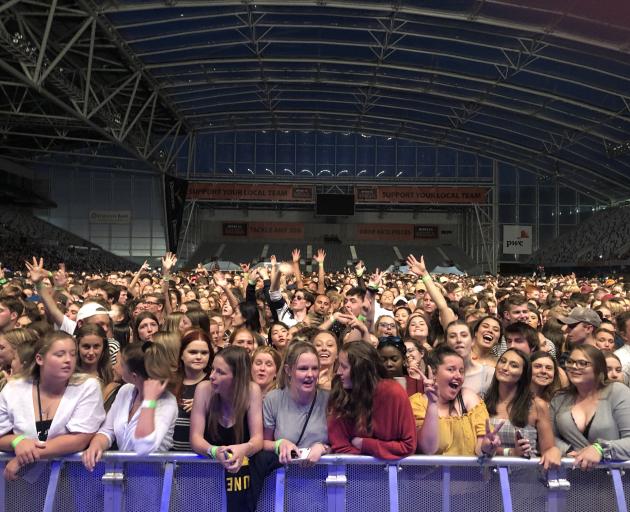 As soon the gate opened, at 5pm, some people guaranteed their place in the front row and started to fill their seats.

Friends Shaune Couchman, Melah Bowen and Ocean Wadsworth (all 12) wanted to show their love to the Dunedin band with t-shirts and facepaint.

“It’s my favourite band! I can’t wait for their show! I asked my mother to arrive at 5pm because I did not want to miss a minute,” Melah said. 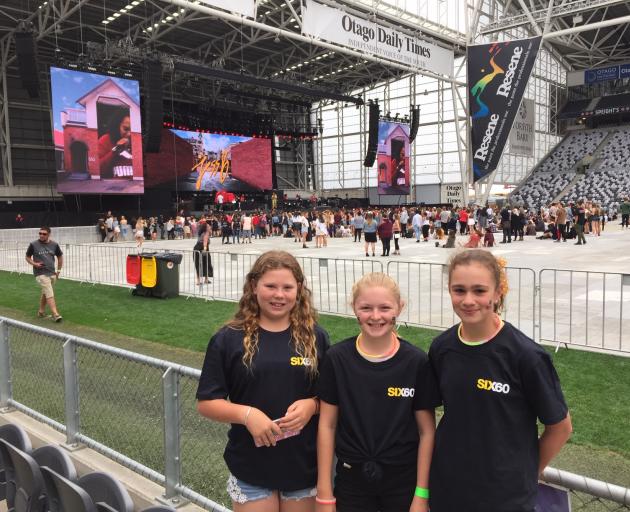 The trio of friends said the big moment for them will be when Six60 plays the hit “Vibes”.

“It is such a great song”, Shaune said.

Shortly after the gates opened, IllBaz and Jess B hit the stage.

At 6:20, the hip hop collective SWIDT got the crowed warmed up.

“Are you waiting for Six60? They are backstage and want to hear you,” SmokeyGotBeatz said to the growing crowd.

DraxProject took to the stage for his set at about 7.20pm to one-third of the stadium.

As they performed their hit "Toto" and their cover of "Pony" from Ginuwine, the crowd got excited.