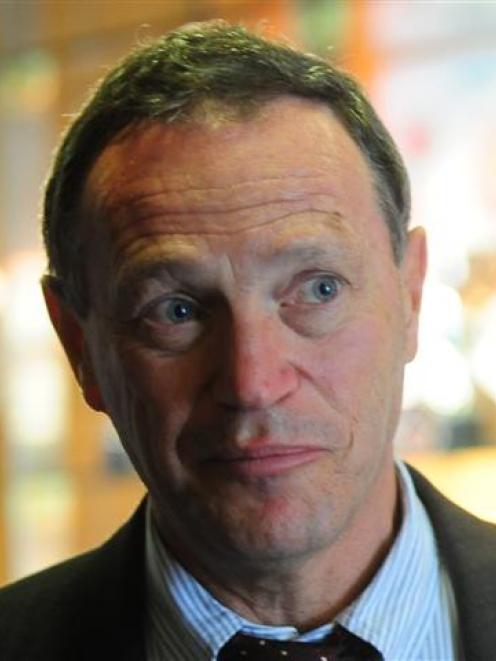 Prof Andrew Kaye
Funding options for the South Island neurosurgical service will be among the issues to be explored by the governance board in the coming year.

Reflecting on achievements almost a year after the establishment of the board, chairman Prof Andrew Kaye, a Melbourne neurosurgeon and academic, said he had been delighted with the board's progress towards implementing the changes outlined in the expert panel report of November last year.

He had been especially pleased with the way the clinicians and managers at Christchurch, Dunedin and other South Island hospitals had come together to "embrace the recommendations and move towards this united South Island service".

All South Island boards now had a sense of ownership of neurosurgical services for the region and this had supported both Christchurch and Dunedin, the centres where neurosurgery is performed.

The progress over the year had laid the foundation for recommendations that "next year will generate real visible change for patients and clinicians".

The expert panel chaired by Prof Anne Kolbe recommended the governance board develop a population-based funding model for the service to ensure equitable access.

The panel did not support the standard existing arrangement where if a patient is treated by a district health board outside that district the board not providing the service pays the other one.

This system, known as inter district flows ( IDFs), can cause friction among boards and the panel considered this would not be helpful in a service which needed to overcome "parochialism and bad-feeling from the past".

Other work for the board in the coming year will include reviewing the referral processes into the service. Part of this will be having standard patient transfer procedures for all South Island boards.

Transport and accommodation needs will be assessed to see where improvement could be made.

Next year there would be more focus on working with the neurosurgical service and Canterbury District Health Board to manage the difficulties posed by the "already ageing" ward and high dependency unit and the constraints of the "equally ageing site" which had been compounded by problems the earthquake created.

The service is applying to the Medical Council in February for approval to supervise overseas medical graduates on a service-wide basis, rather than having individual neurosurgeons responsible.

The panel recommended urgent attention be given to building the Dunedin node of the service, in conjunction with the University of Otago.

This year a permanent neurosurgeon, Ahmad Taha, has been appointed, to be joined in the middle of next year by Reuben Johnson, who will also work as a senior lecturer with the University of Otago.

Prof Kaye said good progress was also being made on the third appointment to the Dunedin node of the service , that of a professor of neurosurgery.

Recruitment had also begun for a fifth neurosurgeon to the Christchurch node and for an additional registrar there.

In Dunedin, there was an ongoing project to ensure the resources required to deliver neurosurgery were in place - appropriate facilities, the right staff, beds and equipment, he said.

This work would include reconfiguring in-patient services in Ward 5B for patients requiring day care and those in the high dependency unit.

Common reporting is being developed for the service, with all deaths and sentinel events being reviewed by the governance board.

Prof Kaye said this did not circumvent the normal processes that took place in a district health board but added another "avenue for support and the ability to learn" as the service developed further.