Southerners warned not to be complacent

George St in central Dunedin this morning. Photo: Stephen Jaquiery
South Islanders are being urged to take the Covid-19 lockdown down seriously as the Auckland case may only be ‘‘the tip of the iceberg’’. 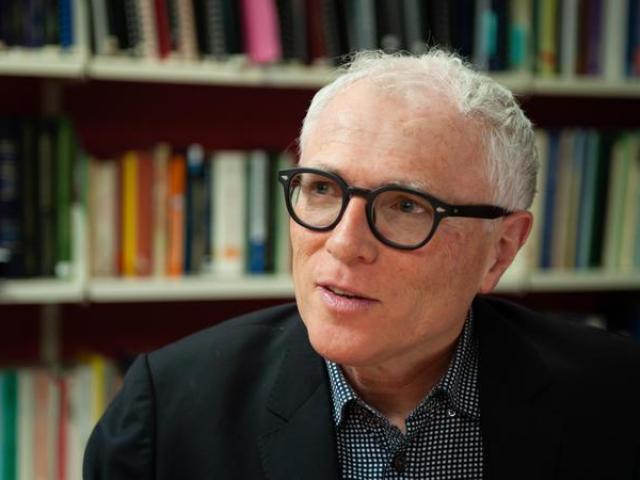 Professor Michael Baker. Photo: ODT files
Prof Michael Baker, of the University of Otago’s public health department, said without a clear link between the community case and the border, the worst had to be assumed.

He admitted he was initially ‘‘surprised’’ by the decision to move the whole country into Alert Level 4 after a 58-year-old man in Devonport tested positive for Covid-19.

However, that changed when more details emerged, including that the man had travelled to the Coromandel and had contact with people who may have then travelled to other parts of New Zealand.

Prof Baker said enforcing Level 4 across the country would also help prevent people leaving Auckland to travel to areas with no or fewer restrictions.

‘‘We have seen before how difficult it is to actually close the borders to Auckland.’’

It was important that people in the South Island remained vigilant, he said.

‘‘We don’t want any unpleasant surprises, as they are seeing in New South Wales ... cases are appearing in unexpected places.’’

It only took ‘‘fleeting’’ contact to be infected with the virus, he said.

‘‘When you do not have a clear link to the border, what you are seeing may be the tip of the iceberg and you have to assume the worst.’’

Prof Baker said the ‘‘critical’’ advice for people was, if they had cold or flu symptoms, to contact healthline and get tested.

He hoped the situation would also be a chance for the Government to address two ‘‘gaps’’ in New Zealand’s Covid-19 defence.

Those were, he said, making QR scanning mandatory for high-risk indoor environments and revising the alert level system, so it was more clear when masks were required. 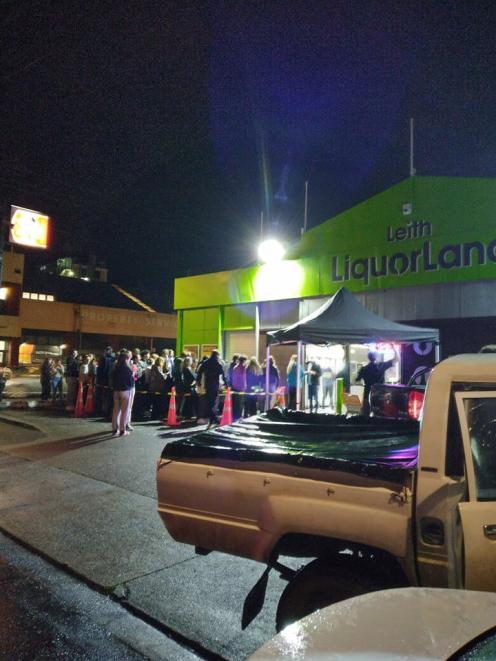 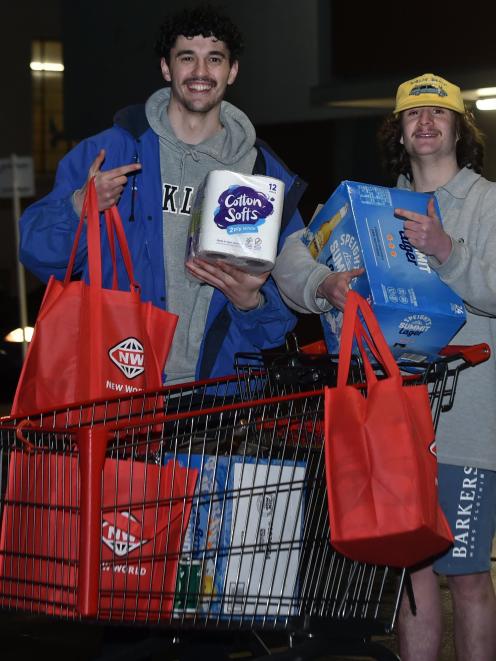 Student Joshua Gilchrist was among the crowd at New World Centre City, in Dunedin, after hearing the news.

‘‘We are just getting the essentials to get us through the next few days; plenty of beer and snacks,’’ he said.

‘‘I’m not angry about it. It is something we have to do to keep everyone safe.’’ she said.

There was congestion at supermarkets in Cromwell, despite where announcements reassuring customers they would be open today.

The Southern District Health Board said in a statement a move to Alert Level 4 meant the majority of scheduled surgeries and outpatient appointments would be postponed for three days and would be reassessed depending on alert level changes.

No visitors will be allowed in hospitals unless on compassionate grounds, but one parent may stay at the hospital if a child is being assessed, treated, or is admitted.

The Dunedin City Council also issued a statement, saying it continued to prioritise supply of critical services such as water and wastewater, and rubbish collection.

At Level 4, council facilities, including libraries, museums, swimming pools, and sports and recreational facilities, must be closed. 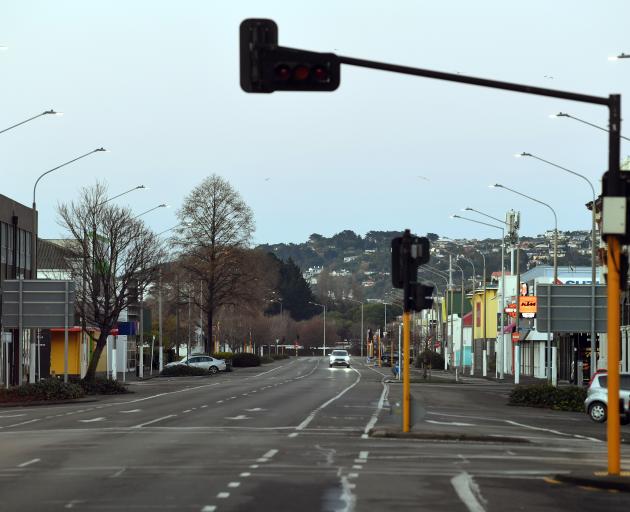 Crawford St in Dunedin this morning. People are asked to observe level 4 lockdown rules and stay at home. Photo: Stephen Jaquiery
Otago Regional Council announced at 10pm yesterday that all Dunedin Orbus services will operate to a Saturday timetable until further notice.

The No 1 service to and from Palmerston, which doesn't normally operate on Saturday, will run a normal weekday service. Passengers are required to wear masks.

Two University of Otago public graduation ceremonies planned for Saturday have been cancelled.

A spokeswoman said today the change to Alert Level 4 meant all degrees would now be conferred and diplomas awarded in absentia.

As a Kiwi living in New South Wales it is amazing to compare NZ's reaction to what is happening here.
It also shows quite clearly that being a woman is not the important quality for leadership in these times. Premier Gladys Berejiklian has shown herself to be a weak, indecisive, dishonest, cowardly person, beholden to the corporate lobby and right wing anti-science politics.
NZ Prime Minister Jacinda Ardern has shown herself to be courageous, decisive, fact-based, and beholden only to the welfare of her citizens.
The great irony of Covid responses is that governments who put the economy above the lives of their citizens not only kill far more people, but they do far more damage to their economies.
Good luck everyone, go Jacinda.

Complacency.
Probably the gravest danger to the South Island.
Forget about the Govt. Forget about the useless DHB's. You need to treat this threat as though you are on your own and no help is coming.
Personal hygiene, washing your hands regularly, social distancing, stop partying, wear masks, stay in your bubble and only go out if essential. Use the tracer app, if you don't have a smart phone use the sign in registers, or keep a diary of your movements. Self isolate if you learn you have been a a place of interest or have interacted with someone who tested positive. Start doing all these things now, before the virus comes south, and it will, make no mistake. Start doing all these things religiously now and you might get through.

Sure, vigilance is mandatory in the South as well, but the outbreaks so far have started in the North Island to be fair. If the university students start behaving (contradictio in terminis?) we might be lucky once more. One should be able to expect that of the intelligentsia of the future... no?

My concern is for travellers returning from the North island during the 48-hour period. I'm uncertain whether they have to return a negative test before boarding planes or ferries to the South? If not, this could turn out to be the 'leak in the fortress'. Time will tell...