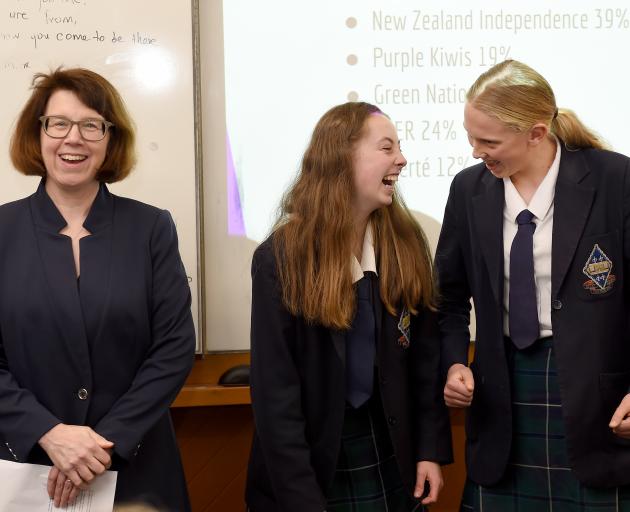 After year 9 pupils had formed mock political parties and gone through a mock political process, including a leaders' debate, voting and coalition forming, Ms Wright yesterday announced the outcome.

"It was fantastic, it was really wonderful. We're just so grateful to Otago Girls' High School,'' registrar of electors Rachel McAnally, of Dunedin, said.

The participating pupils had embraced the awareness-raising programme, and had become fully involved, she said.

The club, comprising university politics students, was founded last year to teach "civic literacy'' and "to foster a generation of engaged citizens'' in Dunedin.

She was "absolutely stoked'' with how well the programme had gone, and it had been "amazing'' to have the country's chief electoral officer arriving from Wellington.