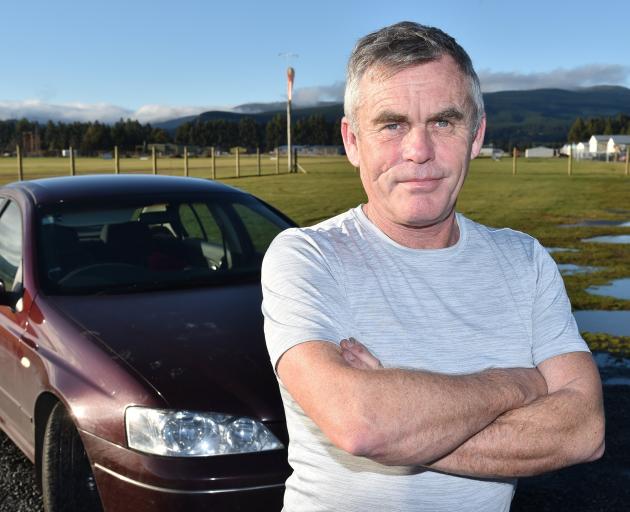 Ian Ridley decided to take an injured elderly man to hospital himself, following a more than 60-minute wait for an ambulance to arrive in Mosgiel yesterday.

The former paramedic said he had the greatest respect for St John paramedics, but not the "faulty" system under which they operated.

"It is an incredibly big and, unfortunately, repetitive issue," he said.

St John coastal Otago territory manager Doug Third said the service was having to deal with a marked increase in demand for ambulances.

Two ambulances had been dispatched to the Mosgiel case about 12.30pm yesterday, but both were diverted to time-critical, life-threatening incidents, he said.

A welfare check was attempted for the Mosgiel patient, but the caller was no longer at the scene, Mr Third said.

Mr Ridley was one of the primary paramedics on the Otago Regional Rescue Helicopter for more than 20 years.

He no longer works for St John.

Yesterday, he was driving in Hagart-Alexander Dr about 12.10pm, when he noticed an elderly man had fallen off an e-bike.

The man had landed on his face, knocked himself out and injured his hip and shoulder, he said.

A member of the public was already on the phone calling an ambulance.

The call got through by about 12.15pm and they were told an ambulance was arranged, but it could not be confirmed how long it would be until it arrived, Mr Ridley said.

After about 20 minutes, the man was getting cold on the footpath, so Mr Ridley and another member of the public reclined a seat in Mr Ridley’s car and moved the injured man on to it.

"I continued to watch over him as best I could without actually having any medical equipment."

He "finally" received a call that an ambulance had been dispatched from Dunedin, about 1pm.

However, 20 minutes later, he received another saying the ambulance had been diverted.

"Since he was already in my car, I said, ‘respectfully, at this point I’m going to take him to hospital myself’."

"I made it quite clear that this man had a lower level of consciousness."

Mr Ridley said he had had concerns for "many, many" years about the way the organisation operated.

Change was needed, he said.

"There are no more ambulances in Dunedin than there was when I moved here in about 1996."

Yesterday’s incident is not an isolated one.

In March, a Balclutha pensioner waited three hours for an ambulance after falling in her garden and cutting her arm.

The following week, an elderly woman was left lying on the ground in Green Island for 90 minutes after tripping, before an ambulance arrived.

In April, a person waited more than an hour for an ambulance after falling off their bike in Mosgiel.

Mr Third said emergency call handlers were highly trained and the objective was always to respond as soon as possible, but life-threatening emergencies were given the highest priority.

Demand for ambulances in New Zealand had increased 3% a year in the past five years.

"This means when all available ambulances are committed, sometimes patients who are not in a life-threatening condition may have to wait a bit longer for an ambulance.

"We understand this can be frustrating for patients and their support persons, but it is the right approach to prioritise the most urgent and time-critical patients when all other resources are committed."

Mr Third thanked the bystander at Mosgiel for his assistance.

"We encourage the patient to be in direct contact with us if they are not satisfied with their care."

Demand for ambulances in New Zealand had increased 3% a year in the past five years and the article states a static number of ambulances in Dunedin area since 1996. A staggering indifference to the rise in demand in our Dunedin area and those requiring urgent assistance through St John.

Its the contract system that St John works under. They tender and agree to contracts for certain provision. Its not flexible enough and more funding for St John does NOT fix it.
A nationalised ambulance service is well needed.
The govt is waiting for public support.