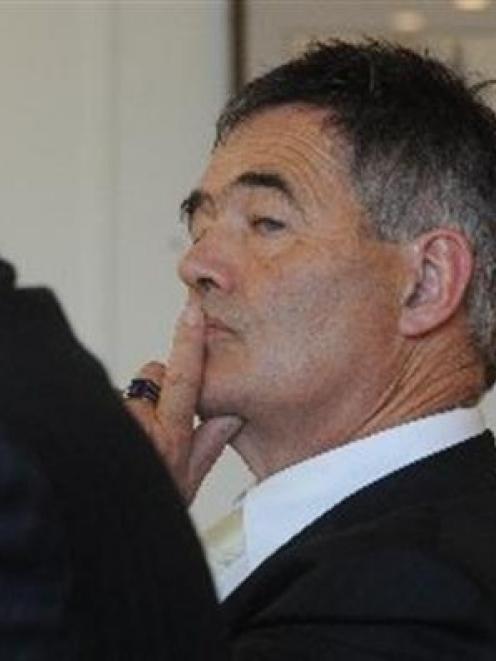 Dave Cull.
The Dunedin City Council says it will be forced to consider more funding to help the company running the Forsyth Barr Stadium overcome a nearly $2 million loss and debt-servicing costs it cannot afford to pay.

It was confirmed yesterday Dunedin Venues Management Ltd, which runs the stadium, had recorded a $1.9 million loss for the first six months of the 2011-12 financial year.

The company is now forecasting a full-year loss of $2.4 million, followed by losses of $1.2 million, $1.1 million and $1 million for the following three years, council information shows.

Mr Davies said the $1.9 million loss was due to "really challenging" trading conditions and a failure to attract more major events like the Sir Elton John concert.

That meant a drop in associated revenue from venue hire, ticket sales, food and drinks and merchandising for DVML, and the company had also missed out on revenue before opening in August and again during the Rugby World Cup, he said.

Revenue from the sale of membership packages had also "flatlined" in recent months, as an expected late sales surge, based on experiences at other New Zealand stadiums, failed to eventuate in Dunedin, he said.

There were bright spots, with Highlanders rugby matches and the conferences and meetings market proving more profitable than expected for the stadium.

Despite that, the company was unable to cover debt-servicing costs for stadium construction loans taken out by the council, which it was required to meet, Mr Davies confirmed.

"What we have here really is a dose of reality about the circumstances we face as a city," Mr Orders told reporters.

Mr Cull, a critic of stadium financing arrangements during the project's inception, went further, saying the result showed the flaws in the model underpinning the stadium's financing and operation.

"The financial funding and operating model of the stadium was put in place to convince people to build it," he said.

"Clearly, it was optimistic."

That meant a "comprehensive" review was needed to examine all aspects of the stadium's operating model, including DVML.

The financial risks remained "high", but the fixed costs of operating the stadium were becoming clearer.

The challenge now was to determine how the best value could be extracted from the venue for the comm- unity, Mr Cull said.

Mr Orders said scrutiny of DVML's budget would also be needed, in part to address whether resources allocated were adequate.

"That's something we need to look at in detail."

Councillors would have to consider how best to overcome the current DVML deficit, but options included funnelling any end-of-year council surpluses into the company to cover the shortfall, Mr Orders said.

Councillors were expected to consider the matter at the next finance, strategy and development committee meeting on June 13, but Mr Cull said it would be ratepayers who ultimately footed the bill.

"Clearly the facility is owned by the ratepayer, and if there's a loss it falls to the ratepayer ultimately," he said.

Earlier, Mr Davies stressed the stadium business remained in start-up mode, and it took time to understand the venue's operating costs and challenges.

Lessons would be learned for the next financial year, but conditions were expected to remain "pretty challenging" for the next 12 months, he predicted.

The same was true for other venues throughout New Zealand, and expectations in Dunedin had to be realistic, particularly when it came to headline music acts, until the market improved.

The stadium also faced co-ordinated competition from other centres, including Wellington, where marketing assistance was offered to event promoters to lure them to the capital.

Dunedin needed to do more to bring different agencies together to compete against that sort of "incorporated approach" in future, Mr Davies believed.

Mr Orders said the stadium market was "intensely competitive" and questioned whether any venue outside a major global city could become a successful business so soon after launching.

"It does take time."

DVML's updated statement of intent will be presented to the full council meeting on Monday, along with details of the proposed review, for councillors' approval.

The review will look at the DVML group and stadium operating model, including short-term and long-term finances, the governance model, and the scope and focus of both the stadium and DVML's operation.