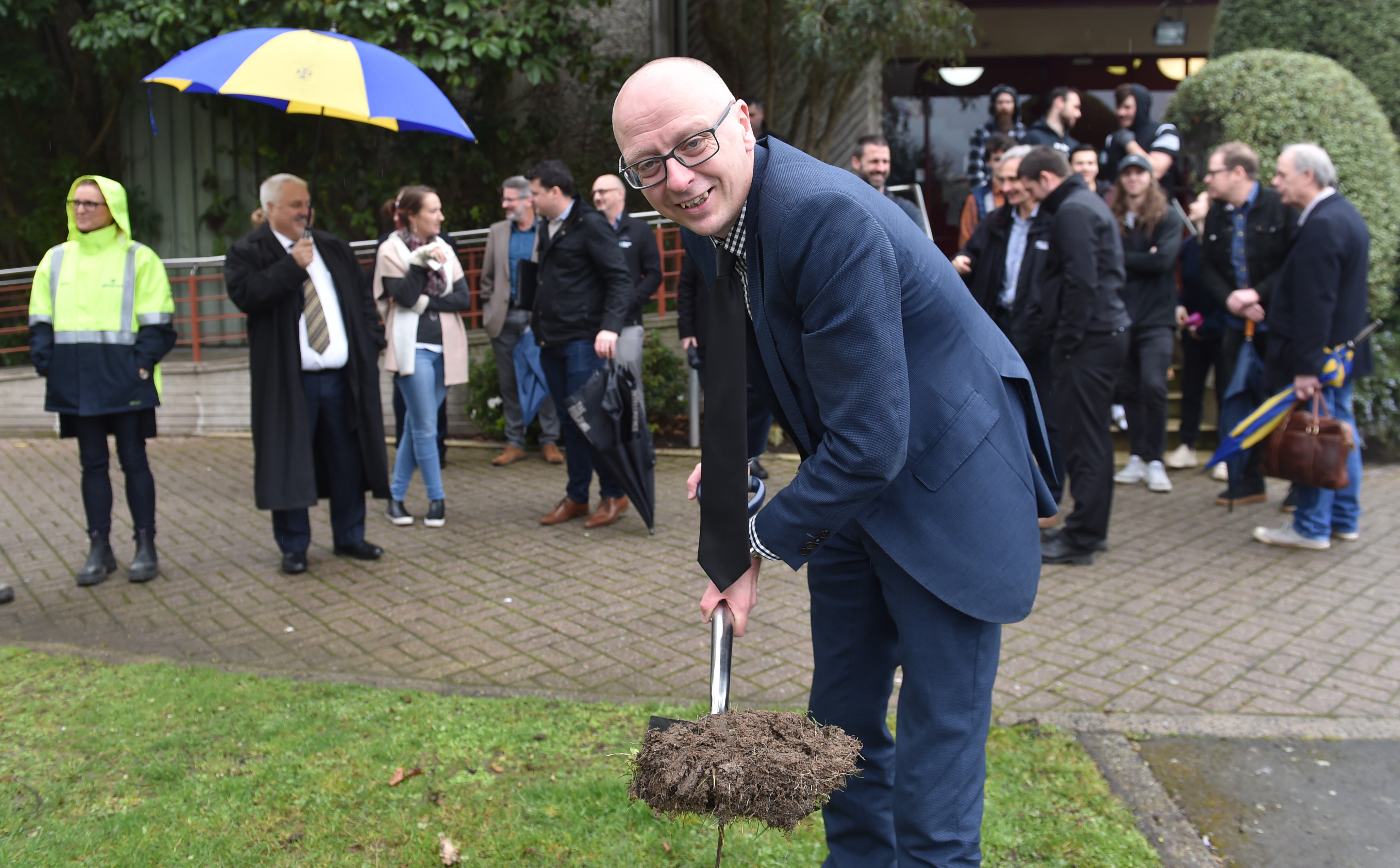 The project took another step towards becoming reality through a Maori blessing and ground-breaking ceremony at the construction site, at present a car park beside the Robertson Library, in Union St, yesterday.

"We are excited about what can be accomplished," Prof Ballantyne, who is the humanities pro-vice-chancellor, said.

The development meant big "win-win" benefits for the Otago music, theatre and performing arts department, for university staff and students, for Dunedin and for members of the public, who could attend public performances at the centre. The planned development included constructing a  two-storey recording studio  and performing arts centre.

The project  showed the university’s strong commitment to the department and the humanities.

The "world-class facilities" in the new complex would help attract more humanities students to Dunedin, and student numbers in the department and the university’s College of Education had already risen this year. 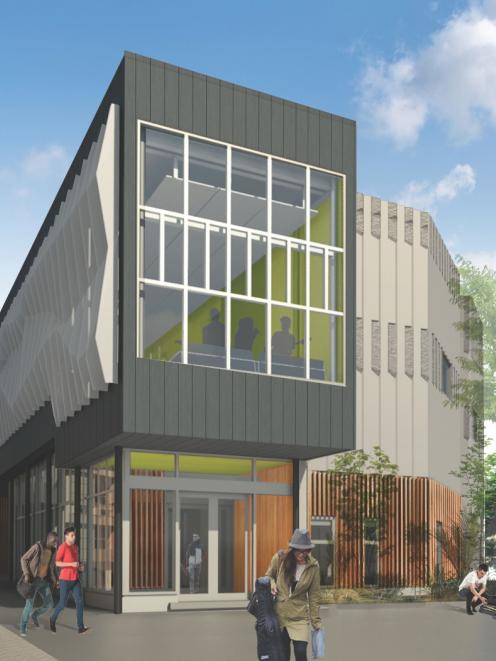 An artist’s impression of the entrance to the University of Otago’s planned $26 million music, theatre and performing arts development in Union St, Dunedin.

The university already had "a strong tradition in music and performing arts", and the development would enable Otago students "to learn in world-class facilities with some of the best teachers in their area", he said.

The development should be completed by the end of  next year, and would provide a greater sense of  a performing arts and music community on campus, relocating and bringing together departmental activities spread across about six locations.

University campus development senior project manager Steven Ireland said the new building would have nine purpose-built studios and music teaching practice rooms. It would also accommodate an orchestra and hold audiences of up to 100.

The university’s existing recording studio at 180 Albany St was built in 1967 to house the New Zealand Broadcasting Corporation. But the discovery of asbestos there means that studio will be demolished after the replacement building is completed.

Demolition was the most cost-effective option for dealing with asbestos, and would free that site for later development, he said.

It's a pity that the university, council and local thearters could not of collaborated to make this an even larger arts complex open to all. A modern performing arts centre in one area to be used by students and professionals alike, that is easily accessible to the public for performances. Instead the DDC are spending a small fortune on a report that will take a year to produce, that will tell us we need more modern small to medium sized thearters in Dunedin. Then recommend the Sammy's building should be redeveloped at the cost of millions, after which it will probably never make a profit.