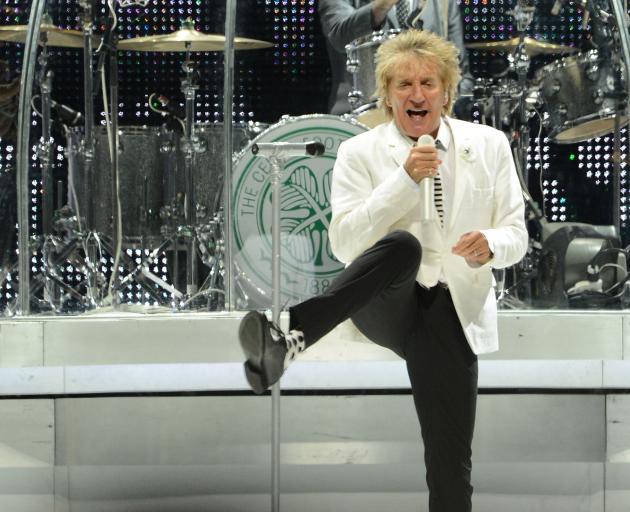 But even if the Da Ya Think I’m Sexy? Rock & Roll Hall of Fame singer cannot get into the country in time to strut and sing this spring, a run of events are returning to the South as the grip of the global pandemic loosens in New Zealand.

Dunedin Venues marketing and communications manager Kim Barnes said border restrictions were likely to be the deciding factor for the planned "Rod Stewart — The Hits! Tour 2020" on November 11 and Dunedin Venues was still awaiting an update from the promoter.

But the Dunedin City Council-owned company continues to list the show on its "what’s on" page alongside a Green Day, Fall Out Boy, and Weezer, November 20 "The Hella Mega Tour" show, further upcoming rugby matches and NZSO Podium Series offerings, beginning with "Passion", a Johannes Moser cello performance led by New Zealander Gemma New as conductor at the Dunedin Town Hall on September 1.

The Dunedin Craft Beer and Food Festival is planned to run on October 30 and 31.

The New Zealand International Science Festival will bring a "Nano Edition" to Dunedin during the first week of the July school holidays, from July 4-12.

Due to Covid-19 the planned 2020 science festival was initially cancelled, but organisers announced yesterday Dunedin scientists, working with the Otago Museum and the University of Otago’s marine studies department, re-started the nine-day festival that features more than 50 events.

Festival director Dan Hendra said organisers had been working to pull the events programme together since the country entered Level 2.

"We are usually busy enough organising the science festival, so pulling it together from scratch in a few weeks is not something we would wish on anyone. Fortunately, we have so many enthusiastic and responsive local organisers that everything has fallen into place in time," he said.

"We are aware we have a big responsibility, as one of the first multi-day events since the lockdown lifted, to take all the precautions necessary to ensure our event runs safely and within guidelines set by the Government.

"We are also hugely excited to be able to present a festival this year, after it was looking so unlikely just a few months ago."

By yesterday, 16,000 tickets had been sold to Saturday’s Highlanders-Chiefs game at Forsyth Barr Stadium.

It is the first Super Rugby fixture to take place since the competition was suspended in March.

The franchise plans to acknowledge New Zealand’s essential workers and the Minister of Sport Grant Robertson is expected to attend, a Highlanders spokeswoman said.