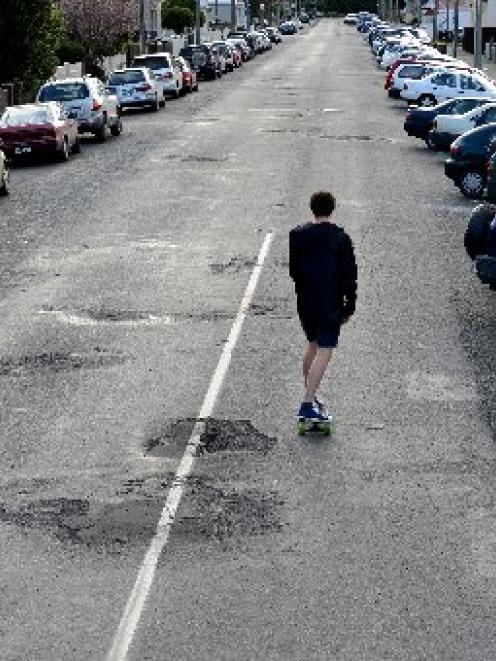 Photo by Stephen Jaquiery.
The University of Otago says "some international students at the end of their study time" in Dunedin are to blame for the latest round of nuisance fires in the city's student area.

The Fire Service and police were called to Leith St just after 11pm on Tuesday, following calls from concerned residents in the area.

Senior Sergeant Brian Benn said a molotov cocktail was reportedly thrown at a burning couch, while the residents of one flat barricaded themselves inside.

A tyre was also set alight at the scene, and inquiries were continuing, Snr Sgt Benn said.

"We will be contacting the home institutions of the students to express our concern and disappointment, and to reinforce that such behaviour is not considered acceptable either by the university or the wider Dunedin community," a University of Otago spokesman said yesterday.

The fires are stripping the seal from some streets in the area.

Hyde and Castle Sts were the "worst ones, but basically we have fires scattered all over North Dunedin".

Streets were not yet at the stage where they would be recoated.

Council was monitoring affected streets, and "if it starts to weaken up and start to be compromised we would do something".

A chip seal on most Dunedin streets was expected to last between 15 and 25 years, and repairing seal as a result of such fires would come at the expense of ratepayers, he said.

The latest incidents were against the trend of nuisance fire callouts to the student area, which were "trending downwards", Fire Service East Otago assistant area commander Trevor Tilyard said.