Stylie threads and a clear conscience 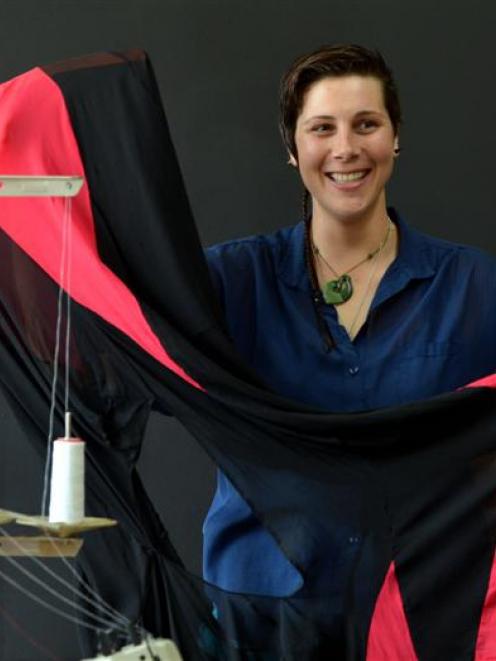 The Port Chalmers resident has built up her label Senorita AweSUMO, and has just been asked to showcase her graduate collection - from her time at Otago Polytechnic - at a month-long eco festival in and around north Auckland.

Three outfits from her 2011 collection Chimerical Conundra, constructed from donated and found fabric scraps, will be modelled in the Ecofest North fashion show at Birkenhead on March 28.

Miss Clements (33) said having her garments in the MUST Sustainable Fashion Showcase would boost her profile and help spread the good word about ethical fashion.

''It's being organised by a group of young people who are into sustainability, which I think is really important. I'm trying to show people that it's possible to be fashionable and have fashion but not kill yourself or hurt other people in doing so.''

Miss Clements said the literal translation of her menswear and womenswear collection was ''the warehouse consumed'' and it was constructed entirely from fabric found in Dunedin.

''I also used some garments from transfer stations which I embroidered. It's about showcasing what's actually already out there and utilising commercial offcuts and found items.''

Miss Clements said after iD she would prepare her next collection for the annual Wellington show, in July this year. She hoped it could link to a London event later this year.

''I'm hoping to take a range of basics to Wellington which I can possibly mass manufacture. I'm looking at zero-waste pattern-making and also getting in contact with local manufacturers to do that for me.''

Miss Clements was also preparing to open her fashion studio in central Dunedin.