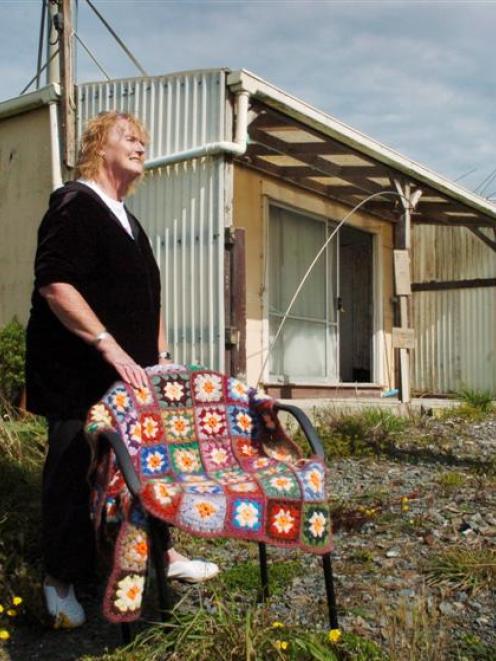 Glenys and Norman Woods at the house of the late Hone Tuwhare at Kaka Point. Photo by Gerard O'Brien.
A dream to turn Otago poet Hone Tuwhare's Kaka Point house into a retreat for artists and writers in residence is a step closer to reality as supportive old friends and community organisations emerge from the woodwork.

Tuwhare's son Rob, who expressed concern in the Otago Daily Times this week that his father's home - a "significant piece of iconic writing and art history" - may be lost to future generations of artists and writers, said half a dozen people had contacted him to offer support in creating a trust.

Most had connections to benefactors who could provide funding to buy the property.

"The response has been fantastic. Dad knew so many different people," he said.

"Now they are starting to come out of the woodwork and show support for the idea.

"Even after his death, I'm surprised at how much my father's life has touched so many people from all walks of life.

"I wouldn't be surprised if more people from his past responded."

One supporter, who declined to be named at this stage, said the ball was now rolling and it was possible a trust could be established as early as next week.

Mr Tuwhare said his dream to let the property to individuals, small groups from schools or universities, artists or writers groups for residence, was impor-tant because there were no other Maori writers or artists whose homes had been preserved as a retreat.

Earlier in the week, he had said if the $160,000 asking price for the property could not be found, the family would be forced to sell it to pay the mortgage.

Mr Tuwhare was now more optimistic that once a trust had been established and the house had been bought, raising money to restore and preserve his father's whare would not be too difficult, with possible funding from the New Zealand Lottery Grants Board or Creative New Zealand.

It was hoped the house could be renovated and preserved, and the character of the property be retained.

A Creative New Zealand spokeswoman said the arts funding body did not provide capital funding for the purchase or renovation of a property.