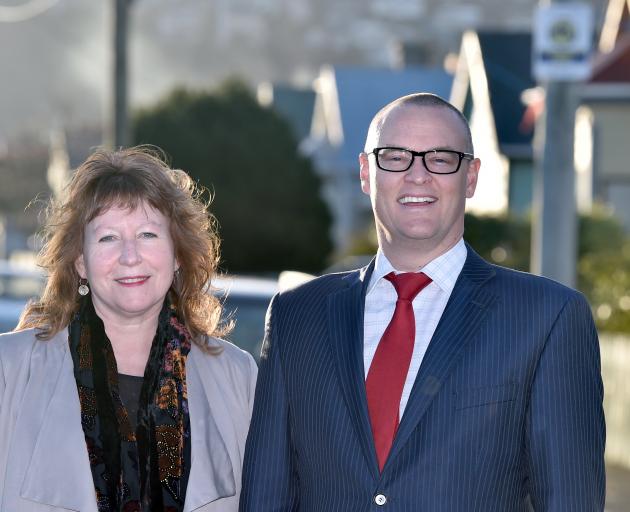 Clare Curran and David Clark. Photo: ODT
Incoming prime minister Jacinda Ardern pulled out some surprises when she named her first cabinet this morning, particularly around the splitting of primary industries out into their original categories.

There will be ministers of fisheries, forestry and agriculture instead of one minister overseeing them all.

Dunedin North MP David Clark will have the prime responsibility for overseeing the rebuild of Dunedin Hospital after being named as minister of health.

Dr Clark campaigned on rebuilding the hospital without a public private partnership, meaning the $1.4 billion hospital will be paid for from government capital expenditure.

Labour and New Zealand First both supported the idea of the hospital being built and Labour promised work will start in the first term of Parliament.

The work may be as simple as finding a site in the central city.

Importantly for the families of Pike River Mine victims, former Engineering, Printers and Manufacturing Union secretary Andrew Little has been made the minister responsible for Pike River.

Labour and New Zealand First were both adamant during the election campaign the mine, where 29 men lost their lives, would be re-entered.

Mr Little, who will also become minister of justice, will be regarded as an ideal person to oversee the project.

She has made it clear Radio NZ has been underfunded and she will be lobbying for more money.

She will come in direct conflict with former National Party adviser and RNZ chairman Richard Griffin who has overseen a reduction in staff but a revamp of the services offered by the state broadcaster.

The cabinet will be sworn in tomorrow.