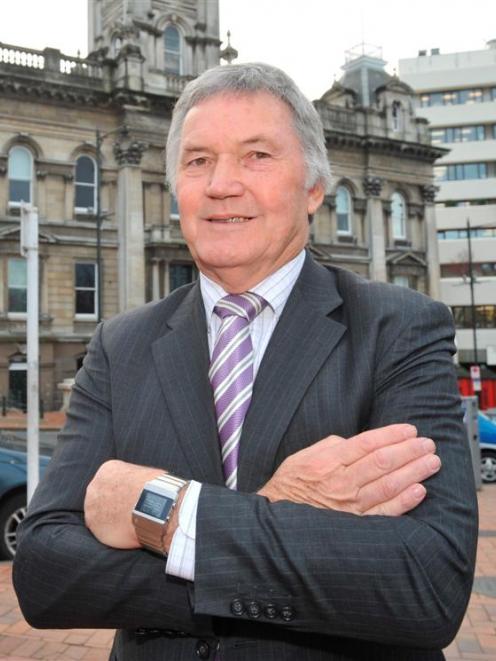 Cr Brown yesterday confirmed he would not seek re-election at this year's local body elections, meaning October would mark the end of a five-term career spanning 15 years.

That included stints as a councillor, deputy mayor and chairman of the council's finance, strategy and development committee.

He backed the council decision to build Forsyth Barr Stadium, and remains a staunch supporter.

Cr Brown said yesterday his only regret was that some of those involved in the debate had resorted to personal attacks.

He ''refrained from joining in that sort of debate'' but remained confident the stadium was ''imperative'' for the city and those who voted for it would eventually be proven right.

''I still think, in years to come, people are going to look at the stadium and say it was a wise decision that's been the backbone of the city.''

Cr Brown's announcement means he will join another long-serving councillor, Neil Collins, in stepping down in October.

And the exodus of experience could yet increase, as fellow experienced councillors Paul Hudson and Colin Weatherall are also yet to confirm their election plans.

Cr Brown said he had enjoyed his time at the council table but had decided, after months of consideration, it was time for fresh blood and new directions.

''It's taken a while. I have enjoyed the public service, but I had to really weigh up what the future is for myself and the family and other commitments, and decided it was time to call an end to it.''

There was no one reason for the decision, but the demands on every councillor's time were one factor, Cr Brown said.

He was elected in the Mosgiel-Taieri ward but ''once you get to the council table, you're there to represent the whole of Dunedin city''.

At the same time, he had been busy developing his 10ha, 212-lot Highland Park subdivision in Hagart Alexander Dr, but he said that played no part in his decision. He also believed some misunderstood the councillors' role, saying it was to set the direction for the council's chief executive, Paul Orders, and his staff.

''It's a governance role, it's not a management role.

''A lot of people think they can get into the kitchen and carry out the management part, but you're there to set the policy.''

Cr Brown said he, like others, had been concerned about the decision to proceed with so many capital projects so close together.

He had won support at the start of this term for resolutions designed to make the council more efficient, which became known as the Brown resolutions.

However, the council now appeared to be on the right track as debt repayments overtook borrowing, overall indebtedness trended down, and Mr Orders oversaw a tightening of the organisation.