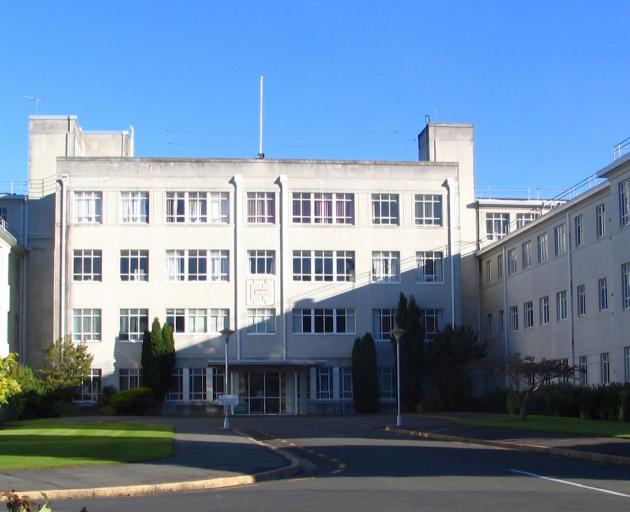 Wakari Hospital. Photo: Wikimedia Commons.
Patients who have used synthetic cannabis are presenting new dangers and challenges for staff at the not-fit-for-purpose Wakari Hospital, a report on the facility says.

A confidential Southern District Health Board-commissioned report on the condition of the mental health and addiction services was supplied to the Otago Daily Times last week.

It found the badly configured facilities in many of Wakari's wards led to longer recovery times, longer stays in hospital, increased number of patient incidents leading to staff and patient injuries, and increased seclusion rates.

"Further, some staff mentioned an increased complexity of patient's needs, partly driven by the increased use of synthetic drugs," the report said.

SDHB director of mental health Evan Mason said synthetic cannabis users posed major difficulties for mental health and addiction workers, as clinicians could not be certain what chemicals, at what strength, they had been exposed to.

"That makes it a completely unknown quantity, and that is compounded by the people themselves who often don't know what they are using."

Depending on availability of the drugs, the mental health and addiction wards could go through periods where high numbers of people affected by them presented, Dr Mason said.

"Different types of synthetic cannabinoids, some of which are very dangerous and can impair people ... some of those are associated with increased rates of aggression and violence," he said.

"Some months, if there wasn't the drug use, then half the people ending up in locked units might not have needed to be there."

Methamphetamine had also periodically been issue, and that drug also often made patients more aggressive.

The issue is a nationwide one; the College of Psychologists and the Australasian College of Emergency Medicine have recently met to discuss the problem.

"What we are doing is trying to use medications appropriately and we are working together with the Emergency Department on that to work on the management of people as soon as they arrive at the hospital, and that seems to be showing some improvements, as well," Dr Mason said.

"It would be easier with a better environment. If someone is able to have a more open area with some space to move around in, and they are not having to interact with other people directly, then we can often manage people without having to use more coercive means."

Having more violence-prone patients posed safety issues for both them and staff, especially in Wakari's older wards which had issues such as blind spots and narrow corridors.

"It comes down to whether we put more effort into the facilities we have got now, or whether we put our efforts into trying to design something better for the future.

"For now, we try to keep things as usable as we can here."