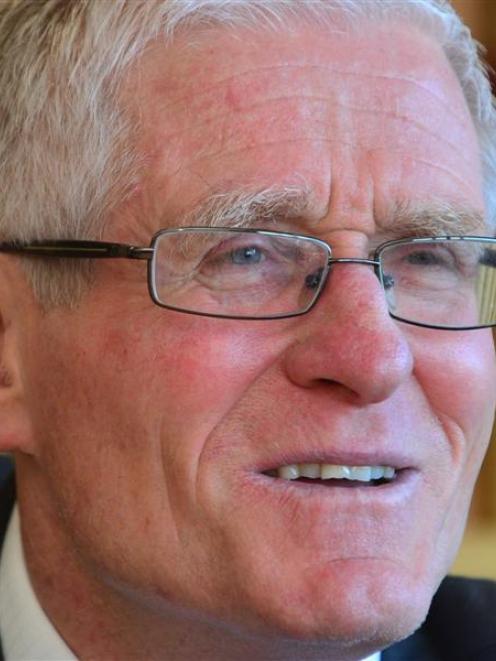 The University of Otago dean of law told the Otago Daily Times yesterday he believed there was ''no need'' for security guard and New Zealand under-20 rugby team triallist Brad Hemopo to tackle 28-year-old streaker Adam Holtslag, of Christchurch.

''He hit him from behind which is dangerous,'' he said.

''You can use reasonable force to defend yourself or to defend others but in this case I think it was totally unnecessary.''

Mr Hemopo's tackle on Mr Holtslag, during the 62nd minute of the All Blacks-England test match on Saturday, has since hit headlines internationally and divided public opinion.

Prof Henaghan said the suggestion a security guard could behave with more force than a non-uniformed person was wrong and the fact the incident occurred on a rugby field did not change the situation.

''It's not exempt just because you're on a rugby paddock.''

He did not believe the players were at risk and Mr Holtslag appeared to have his hands up and was walking from the field.

Mr Holtslag's intoxication and nudity were also irrelevant, he said.

''The law protects you whether you are behaving like an idiot or not,'' he said.

Anyone could lay a complaint to police but they had ''total discretion'' as to whether to prosecute, he said.

Dunedin Venues Management Ltd chief executive Terry Davies said he was comfortable with the force used to remove Mr Holtslag from the field.

''I think the tackle was appropriate,'' he said.

''If he [Mr Holtslag] was in motion we wouldn't have even been having this discussion.''

Mr Davies was confident Mr Hemopo was licensed and accredited for the job and had acted according to his ''brief''.

''The reality is we have a responsibility to the players ... safety is of paramount importance.''

''We expect test match venues to take quick and decisive action when there is anything that threatens the safe operation of a match.''

When contacted yesterday, Mr Hemopo again said he was unable to speak about Saturday's incident.

Attempts to contact the security contractor yesterday were unsuccessful.

Mr Davies said DVML would review the ''deployment of staff'' to attempt to prevent streakers getting on the pitch.