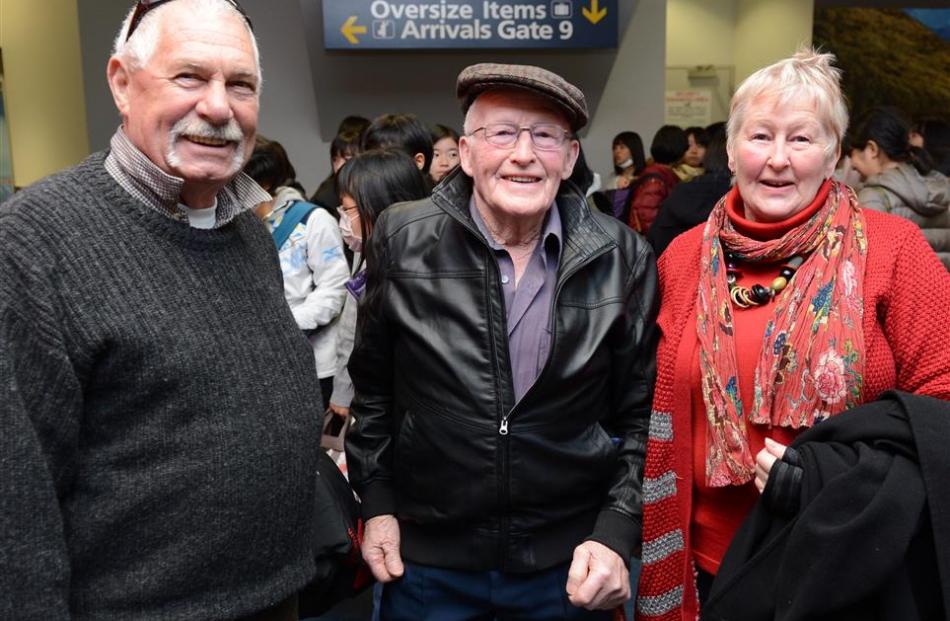 Kiwi Regional Airlines passengers (from left) George Addis, Garth Turner and Raeleen Addis are all smiles despite a two-hour delay in arriving in Dunedin yesterday. Photos by Gerard O'Brien. 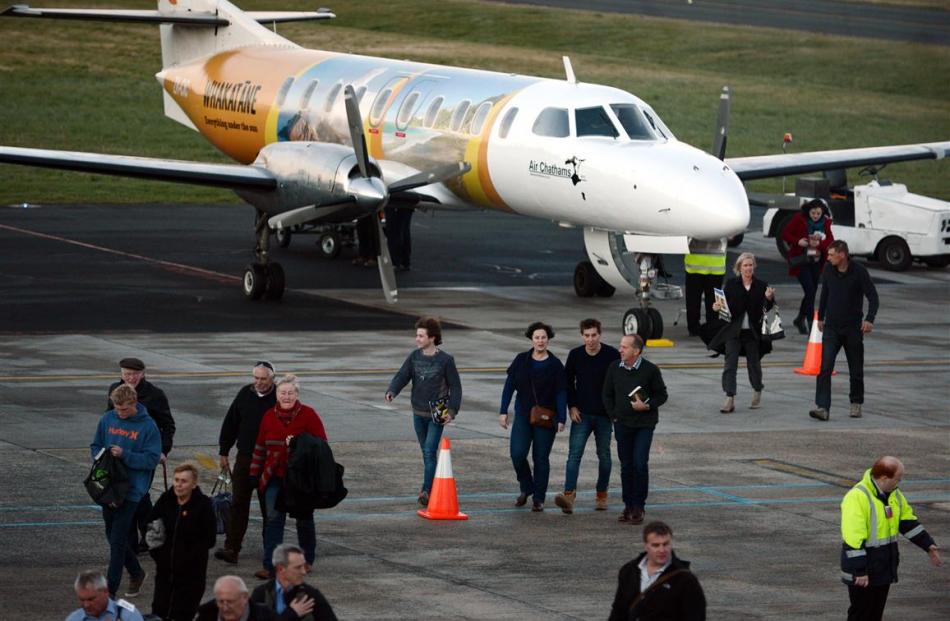 Passengers disembark from their late flight into Dunedin. 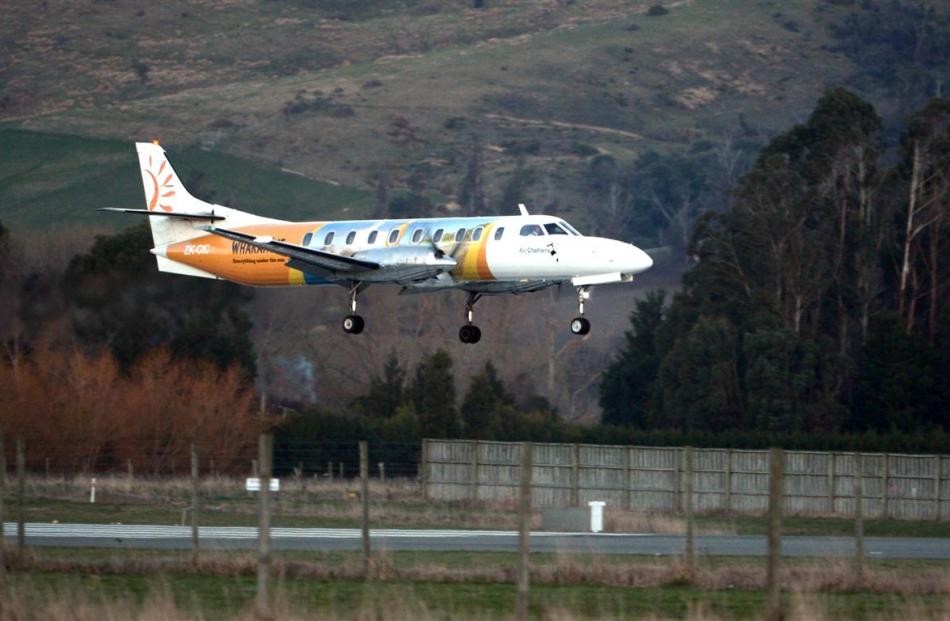 The last Kiwi Regional Airlines flight into Dunedin International Airport touches down yesterday almost two hours after it was scheduled to arrive.

Kiwi Regional Air's last flight into Dunedin touched down yesterday - although a little later than expected.

Flight KRL 003 landed at Dunedin International Airport about 5.15pm, almost two hours after its scheduled arrival of 3.20pm, because of weather-related delays on earlier parts of its route.

The 16 passengers on board were pleased to finally reach their destination and were mostly upbeat despite the change in plans.

Raeleen Addis, of Blenheim, said the inconvenience was taken in stride by those on the flight and "everybody just sat around the airport'' in Nelson filling in the time.

"It was a fabulous trip down,'' she said.

The group were in town to attend the 80th birthday of Mr Turner's brother.

While it was the first time they had used the Nelson to Dunedin service, they were saddened it would be their last.

They had originally booked to return to Nelson on the return service on Tuesday but, with the airline flying out of Dunedin for the last time this morning, they had to book flights with Air New Zealand.

As with yesterday's delays, they took the inconvenience in their stride and harboured no ill will about the change.

The airline's Saab 340A aircraft has been bought by Air Chathams and has already undergone a change in livery.

The plane will be used to fly between Auckland and Whanganui.

At the time of the announcement last month, Kiwi Regional Airlines chief executive Ewan Wilson said the airline faced the choice of expanding or folding into another airline to cope with compliance costs.

"From my point of view I am pleased our aircraft and flight staff will become part of the Air Chathams operation,'' he said.

"We have had a formal maintenance agreement with Air Chathams since the start and this will be an extension of that relationship.''

The airline has been operating since October.

Its last flight out of Dunedin is scheduled to leave the airport at 8am today.