Taking the bus a family choice 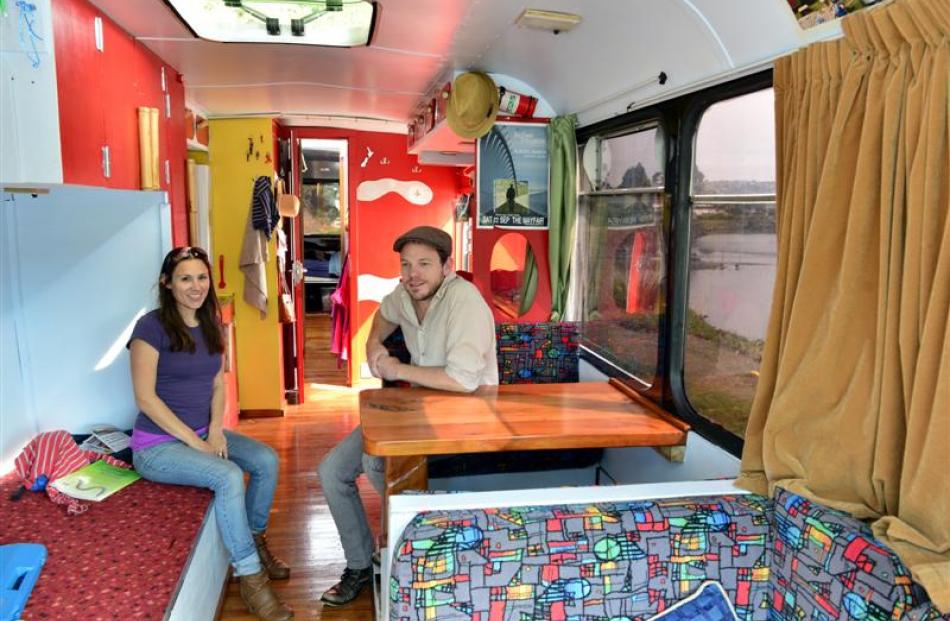 Rene and Andre Manella in their bus. Photos by Peter McIntosh. 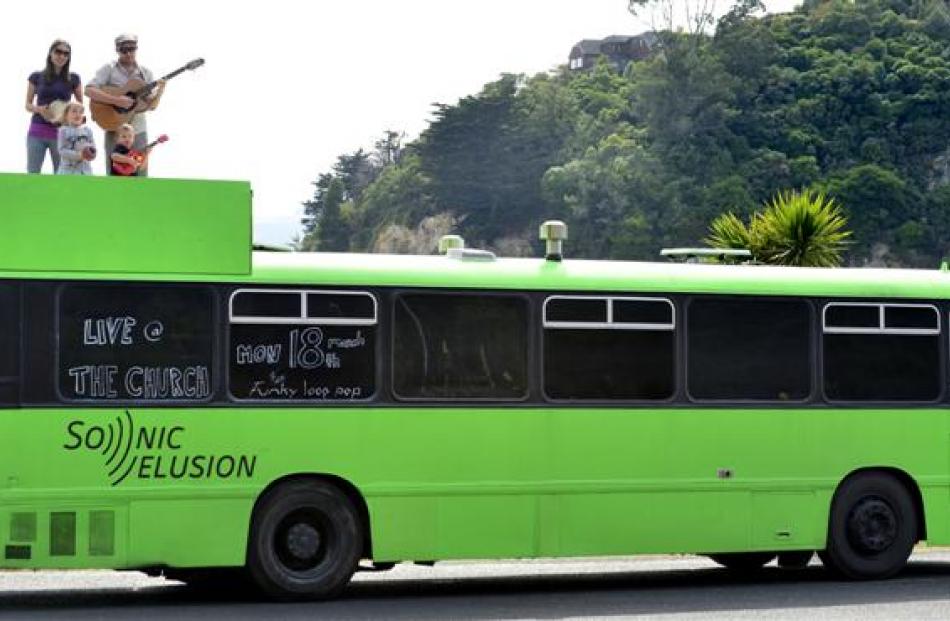 Breaking out a beat in Dunedin yesterday are (from left) Renee, Amelie, Finn and Andre Manella.

Rocking and rolling is a lifestyle for a nomadic New Plymouth family.

Musician Andre Manella (35), wife Renee (32) and their children, Amelie (5) and Finn (3), have been on the road playing music around New Zealand since Christmas.

''I really wanted to do a national tour, but I didn't want to leave the family behind, so we combined the two,'' Mr Manella said yesterday.

''We were either all going, or I wouldn't do it. Besides, they help me carry all the gear.''

Mr Manella bought the 11m former Auckland school bus for $6000 and then spent two years and another $20,000 doing it up.

It is now a rolling music hall, complete with a roof-mounted stage and instrument cupboard.

''We don't have a house anymore. This is our mortgage-free home,'' he said.

As well as playing gigs at venues, he has a ''Book the BusKing'' online auction, which offers private concerts at homes and businesses. His Dunedin concert auction closes online at 2pm on Saturday and he will then drive to the winning bidder's address and perform from the top of his lime green bus.

Mr Manella emigrated to New Zealand from Lucerne, Switzerland, five years ago and worked as a sound engineer at a New Plymouth radio station. Mrs Manella is originally from Shannon, Horowhenua.

''The best bit is that you're out seeing New Zealand every day. The worst bit is dealing with mechanical problems, because I'm not a mechanic,'' he said.

The children loved the adventure and now refered to conventional homes as ''stuck houses''.

''If we had a stuck house, how would we travel?'' Finn asked.

''It was probably scarier thinking about it than doing it,'' Mrs Manella said.

''There's nothing harder about it than normal, everyday life. You can't pop over to a girlfriend's place for coffee, but we've probably got more friends than ever now.

''The children are very sociable when they come across other children. It's like speed-dating for kids: `Hi, who are you? We haven't got much time','' she laughed.

''The big thing for me is that the kids saw him build the bus for two years and are now seeing the reward you get at the end of hard work.

''We were leaving somewhere recently and Amelie said: `Ah, it's good to be on the road again'.''

Mr Manella will play at Mou Very tonight, his Dunedin auction concert on Saturday and at The Church on Monday, before heading south.