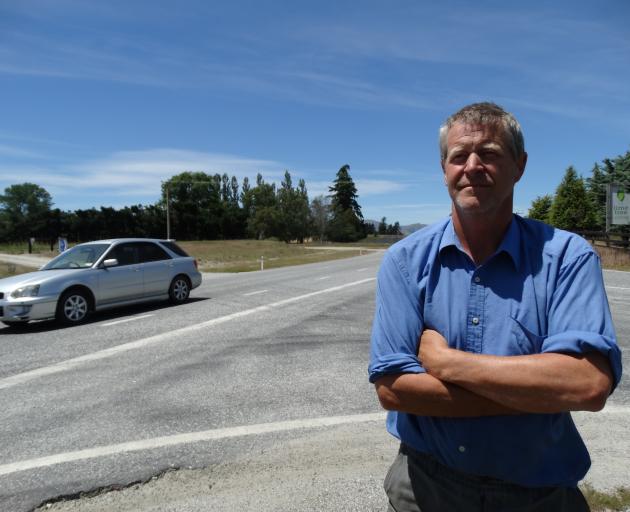 Graham Clarke. Photo: Mike Houlahan
The number of deaths on Otago roads this year are on track to be the lowest recorded, as southern police increase their focus on notorious crash corridors.

But a Bendigo father, Graham Clarke, who lost his teenage son in a crash, says most motorists still have no idea of the "monumental" consequences of making poor decisions while driving.

Nine people have died on Otago roads in the year to December 27, compared with an average of 18 over the corresponding period in each of the previous four years.

Nationally, 372 people have died on the roads this year, making 2018 the second deadliest year since 2010.

Otago coastal road policing team leader Senior Sergeant Jared Kirk, who began in the role in March, said a greater emphasis on deploying staff to the most lethal roads was a major driver of this year's low toll, together with road safety improvements made by the NZ Transport Agency.

The majority of fatal crashes in his area happened on State Highway 1 north of Dunedin to Oamaru and south to Balclutha.

"We have been ... deliberate in ensuring that staff are deployed to these areas during peak times [and] have subsequently seen a drop off of fatal crashes in these areas."

Mr Clarke's son Mitchell (19), a Duntroon dairy farm worker, died when his car left State Highway 83 in the Waitaki Valley at high speed and crashed into a stock underpass on April 24, 2011.

Mr Clarke said he was pleased to hear the news of the relatively low road toll.

However, most motorists still had no idea of the potentially life-changing consequences of mistakes made while driving, he said.

"Do we have any idea about the magnitude of the consequences of the mistakes we all make? Most of us get away with it.

"But it's not possible to conceive the damage that a Mitch-type event has for his family and mates."

Mitchell had a blood-alcohol level of 220mg when he crashed, 140mg over the legal limit at the time, and Mr Clarke reiterated his earlier call for a zero-alcohol limit for everyone, not just under-20s as is the current rule.

"The problem with young people and their drinking is that their parents ... and our peers, taught them how to do it.

"If these supposed grown-ups are not prepared to back the idea that less drink-driving and alcohol on our roads is a good thing, and subject ourselves to the same rules as apply for under 20s, then we're in la-la land.

"Expecting youngsters to behave better than we're prepared to is just nuts."