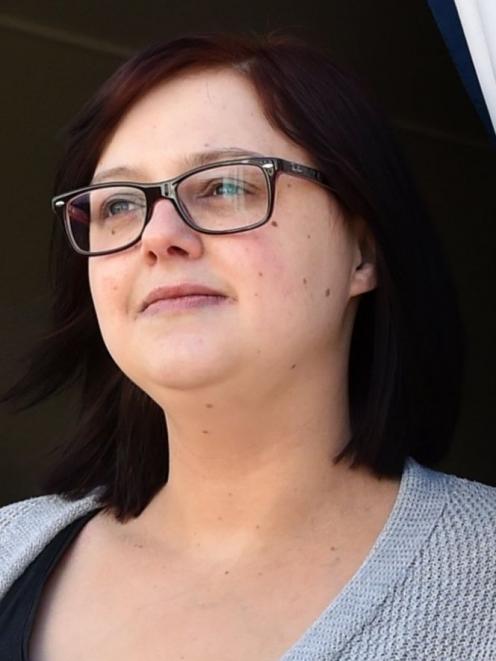 Kathryn Seque
Otago landlords want an urgent meeting with the University of Otago and students' associations following the Government announcing proposed changes to rental laws which they say could profoundly alter how the city's student rental market works.

The majority of student tenancies are for a one-year fixed term; while some groups decide to stay for another year, many groups either go their separate ways or opt to move flats.

Associate Housing Minister Kris Faafoi yesterday announced proposed wholesale changes to the Residential Tenancies Act, which included fixed-term tenancies not ending at the end of their term and instead becoming periodic agreements.

Otago Property Investors Association (OPIA) president Kathryn Seque said if the proposals were passed by Parliament, she did not know how the Dunedin student rental market would work.

"Tenants will have up until 28 days before the end of a fixed-term lease to tell you they are going to leave, which takes you into December, and all the students leave by the end of December.

"If I can only rent out properties in December, I don't know who is going to be around to go to viewings, pay bonds etc."

At present, both students and landlords attempt to secure tenancies for the following year as early as possible, a status quo which Ms Seque felt would be upended in a regime whereby fixed tenancies reverted to periodic tenancies rather than ending on the contracted date.

"I'm trying to organise a meeting with the university and university students' association to get together to try and find a way forward," she said.

"When they open the Bill for submissions, it may be that we argue that there should be some sort of student tenancy, because it's not just Otago which is going to struggle - it's Manawatu, Christchurch, Wellington."

A spokesman for Mr Faafoi said the Government believed students and landlords would be able to come to an agreement that the lease ended on the fixed date if both parties agreed.

However, Ms Seque doubted that would be possible as neither party would be able to contract out of tenancy laws.

"I think these changes will adversely affect tenants; it's a great time for landlords, the proctor and students to get together and work towards a solution," Ms Seque said.

Otago University Students' Association president James Heath said the organisation welcomed any changes which "appropriately addressed the power imbalance between landlords and tenants", and was happy to meet the OPIA.

"Open discussion about how these changes can work best for students and landlords is crucial going forward."

Limiting rent increases to once a year and banning "rent bidding".

Removing a landlord's right to use no cause terminations to end a periodic tenancy agreement.

Tenants can make minor fittings to property with landlord approval.

Changes to parties being named in Tenancy Tribunal decisions.

Mr Faafoi said one-third of all New Zealanders now rented and many never expected to own a home of their own.

"Our changes are balanced, providing certainty to both parties about their respective roles and responsibilities," he said.

"We understand that landlords require clear guidelines, which help them protect their investment and assist them in their dealings with difficult tenants and the law ensures this. If a tenant acts irresponsibly, there can be repercussions."

Ms Seque believed that for both antisocial behaviour and rent payment breaches, termination of lease should be mandatory rather than at the Tenancy Tribunal's decision.

"If you have evidence of three occasions of antisocial behaviour over 90 days, surely, that should be enough to prove to an adjudicator that these tenants need to be moved on, for the sake of the community, neighbours, and homeowners around."

Ms Seque agreed "rogue landlords" should not be allowed to operate, but feared legitimate landlords who were trying to operate within the rules could be unwittingly caught out by some of the proposed law changes.

Dunedin Mayor Aaron Hawkins said the council, as one of the city's landlords, would continue to meet any new standards as it was the right thing to do by its tenants.

"I think one of the biggest issues facing renters is security, and while this is a step in the right direction more could be done here," Mr Hawkins said.

"It also makes no sense to me that property management, as an industry, remains as unregulated and unregistered as it currently is."

Tenants and landlords can reach agreement within contract law, but the industry has been unregulated for far too long.

How can there be a "power imbalance between landlords and tenants" in favour of landlords so long as the tenant is occupying the landlord's asset and can do untold damage if she/he/they wish?

Or is the OUSA president concerned the landlords are disadvantaged?

"If you have evidence of three occasions of antisocial behaviour over 90 days,"
How about one occasion !!!
As it is, many flats need an extensive 'clean-up' when tenants leave.