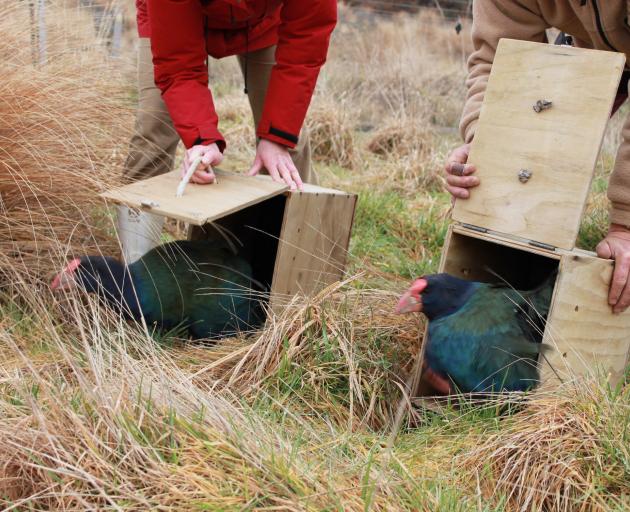 Takahe transported in a box made by Otago Corrections Facility prisoners, are released. Photos: Supplied
Tumanako the takahe has lived a peaceful, honest life so far, but she recently became a jail bird - if only for a couple of hours.

She ended up at the Otago Corrections Facility with Department of Conservation ranger Philip Marsh as part of a visit to say thanks to prisoners who are supporting the department's Takahe Recovery Programme.

"This was a very meaningful visit for the men in the prison," prison director Lyndal Miles said.

"It is one thing to know you are doing something important, and quite another to actually meet one of the amazing birds you are helping protect for this and future generations."

For the past two years, OCF prisoners have been building traps and transportation boxes for the programme, under the organisations' "good to grow" partnership.

During this time, prisoners completing carpentry trade training have built 70 Doc 200 predator traps for the Burwood Takahe Centre, near Te Anau - the hub of the breeding programme - 61 takahe transfer boxes for moving birds around sites, and 100 takahe wooden cut-outs for children to decorate at events.

Prisoners working and learning in other prison industry training have also contributed to the takahe project by making 40 portable fence panels to protect tussock and separate birds, and growing eco-sourced red tussock for the new takahe habitat. 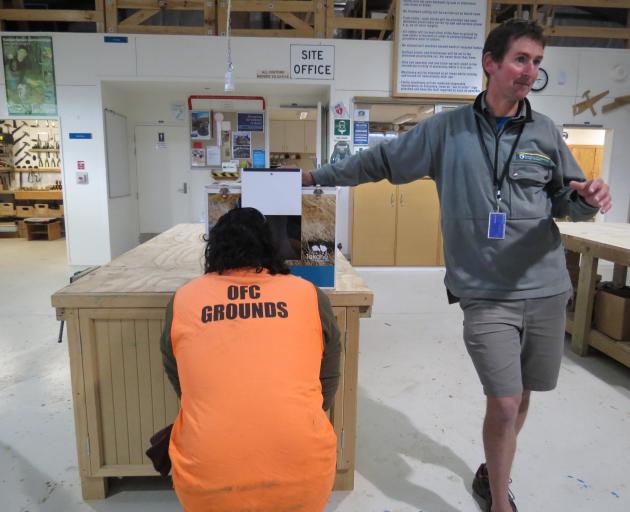 "The men have been making a real contribution to helping us successfully manage the takahe population."

She said Tumanako was one of two fertile eggs fostered by Paku and Quammen, an infertile pair of birds, at Orokonui Ecosanctuary.

"She is a special bird. She brings the number of takahe up to 347, as of October 2017, and we hope that she will go on to be a successful breeder in the future."

After spending her first 18 months at Orokonui, Tumanako is now on her way to Burwood to be paired with a young male.

"They'll join the other breeding pairs at the centre whose offspring will make up the next generation of wild takahe in the Murchison Mountains, Fiordland, and Kahurangi National Park."

The OCF will continue to support the recovery programme over the next year by building further transfer boxes and fence panels as required.