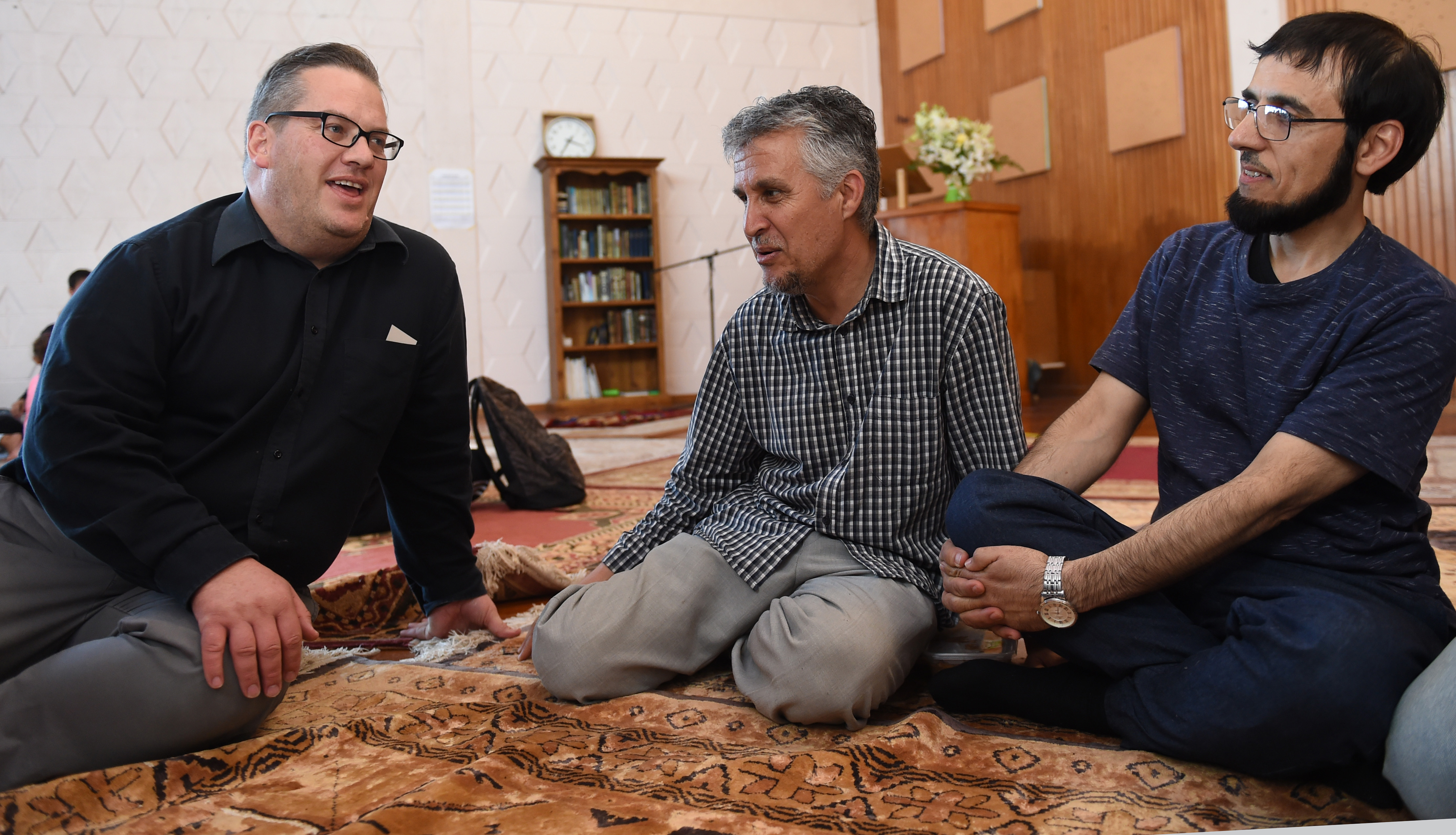 Enjoying the open day at Al Huda mosque in Dunedin yesterday are (from left) Charles Shaw, Essa Tawfia and Mohammed Al Saif, all of Dunedin. PHOTO: GREGOR RICHARDSON
They came in their thousands to learn more about their Islamic neighbours during an open day at Dunedin's mosque yesterday.

For many, it was their first time visiting a mosque. They were treated to warm Islamic hospitality, including traditional foods and information on the tenets of the faith.

The entrance to the Al Huda mosque in Clyde St was jam-packed all day with the shoes of Dunedin residents who attended the open day.

The open day was held in response to a deluge of requests from people to visit the mosque after the Christchurch terror attacks, he said.

The day began with a rousing haka from many of the young people from the mosque.

Dr Rizwan said the support of people in Dunedin was helping Muslims in the city recover and feel safe following the attacks.

"It's helping with their healing process.

"It's been a hard couple of weeks, but with the support that we're getting from the rest of the community, they're feeling really grateful, really reassured."

Dunedin man Charles Shaw was one of those to attend yesterday, his first visit to a mosque.

He took the opportunity to sit on the mosque floor and speak to Dunedin Muslims Essa Tawfia and Mohammed Al Saif, while sampling some of the food on offer.

"I learned that the Muslim religion is one of peace and forgiveness," Mr Shaw said.

"The food was very good," he added.

Mr Tawfia said he had recently moved to Dunedin from Auckland and believed the open day had provided a valuable opportunity for different cultures to come together.

About $3000 has been raised for improving the security of the mosque and helping with its redevelopment.