Thousands turn out for Midwinter Carnival

By John Lewis
0 Comments
Dunedin's Octagon became a land of enchantment for young and old tonight as a procession of lanterns, dancers and musical groups passed through the city centre for the annual Dunedin Midwinter Carnival.

Thousands of residents turned out, and this year the event fell directly on the Winter Solstice (the longest night of the year). 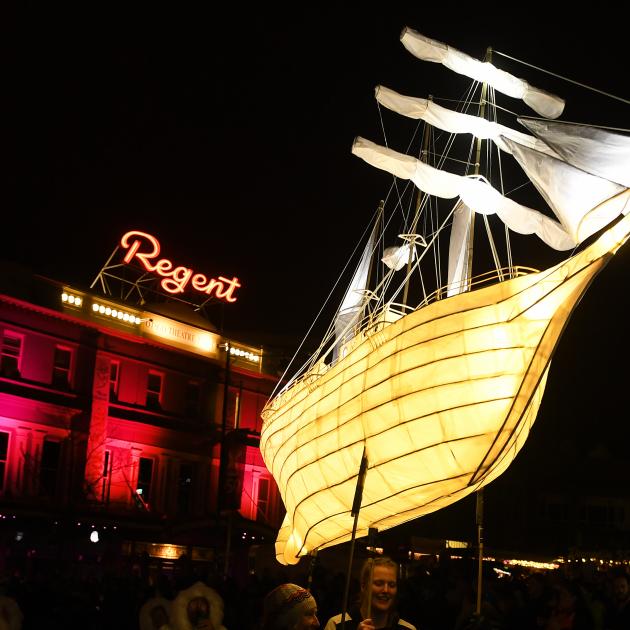 Thousands of people, many families, packed every vantage point in Moray Place and the Octagon to watch the Mid Winter Carnival. They were enthralled with sailing ships, creatures of the deep, dancers and lots of people carrying lanterns followed by a fireworks display. Photos: Stephen Jaquiery

This year's theme was The Never Ending Night - an exploration of the beautiful wildlife, mysterious creatures and colourful characters of the world's southernmost continent, Antarctica. 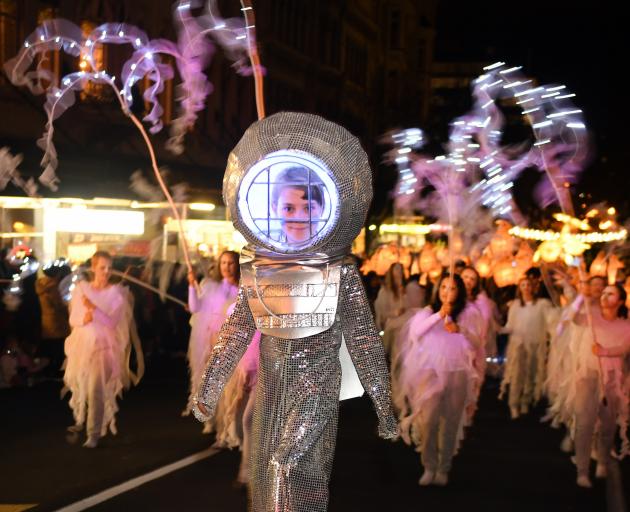 Giant lanterns shaped like icicles, snow flakes, ships, fish, whales, seals, penguins, jellyfish and squid were intermingled with smaller lanterns made by families at workshops earlier this year, and there was even a parade of Husky sled dogs.

Adding to the atmosphere of the evening was an Aurora Australis projection in the upper Octagon.

Now that one of the highlights of the Dunedin year is over, Niwa forecaster Ben Noll said the good news was the days would get longer and brighter from here on.

"From here, New Zealand - very slowly at first - begins receiving more solar radiation as the sun's angle in the sky increases, until December when we enjoy our longest day." 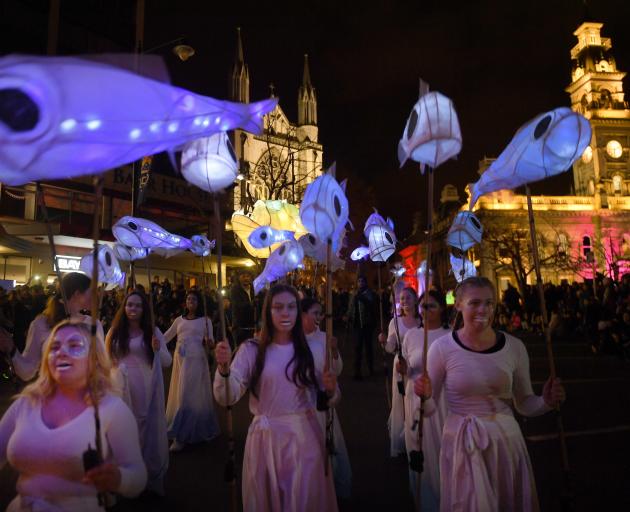 Mr Noll said the Far North's winter solstice had about 4 hours and 45 minutes less daylight than the summer solstice, but in Southland the difference was more than 7 hours.

"For our friends in Antarctica, there will be no daylight - in fact the sun won't rise above the horizon until the September equinox."