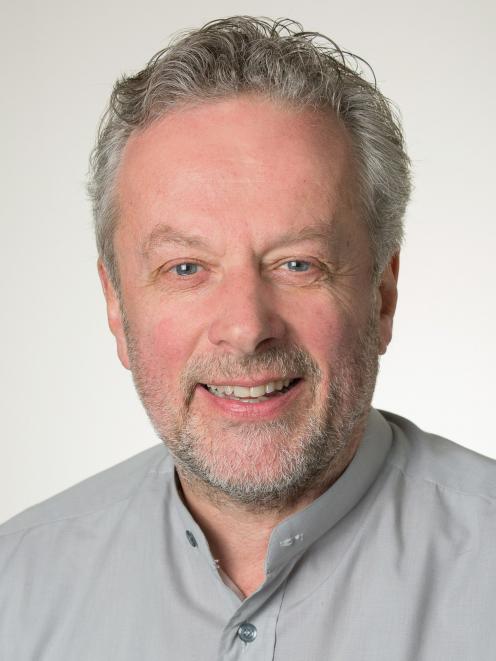 Induction processes for councillors were "somewhat hit and miss" through New Zealand and he felt more rigorous training for them could help raise the standard.

Dr Asquith’s comments followed a series of problems related to council governance in the country.

In Dunedin, Cr Vandervis could face sanctions for what an investigator found was intimidating behaviour.

Councillors will decide on Tuesday whether Cr Vandervis — about whom the Dunedin City Council has kept a substantial file relating to claims of bullying and other incidents — breached the code of conduct.

He is accused of shouting at deputy mayor Christine Garey after a July 28 council meeting, standing over her and waving his finger in her face.

Cr Vandervis will have the chance on Tuesday to defend his conduct.

If he is found in breach by a panel of eight councillors, possible penalties include suspension from committees or being "invited" to resign.

He cannot be sacked.

When he read the range of penalties Cr Vandervis could face, Dr Asquith laughed.

However, University of Victoria in Wellington management senior lecturer Geoff Plimmer said the private sector was not necessarily better at handling such situations.

Organisations would often do what was necessary to get to the bottom of allegations, he said.

However, they tended to be not so good at creating a culture where bullying was not tolerated.

Nor did they tend to excel at picking up the pieces when damage had been caused, he said.

Workplace conduct has been in the spotlight in both the public and private sectors.

Law firm Russell McVeagh has been under intense scrutiny and the Independent External Review into Bullying and Harassment in the New Zealand Parliamentary Workplace final report was released last year.

Dr Plimmer said people were often unwilling to take a stand and some behaviours were ambiguous.

The conduct of Cr Vandervis was "odd’,’ and intimidating behaviour was not modelling "effective leadership and citizenship", Dr Plimmer said.

Cr Garey has said she ought to feel safe in what she called her workplace.

She also took aim at what seemed to be a pattern of behaviour from Cr Vandervis.

Dr Asquith said health and safety rules relating to councillors might well need to be clarified.

LGNZ was also developing further guidance for councils regarding workplace safety and behaviour at governance level, a spokesman said.

Ministry of Business, Innovation and Employment policy manager Tracy Mears said every workplace, including in local government, should have policies and practices to prevent bullying and harassment, and to deal with it when it happened.

The ministry released an issues paper on the subject in August and is seeking feedback.

Isn't Vandervis entitled to due process? I don think DCC will give him due process given all the "secret files" and Stasi like procedures. Sick of hearing about all the DCC disfunctional issues.

National rules for councillor competency would be more useful. Although we'd end up with very few councillors.

As the child of a rage-oholic, I probably have an excessively high tolerance for this kind of behaviour. Maybe use the following as course material. https://youtu.be/-P702yQFMT4

Fairly simple dont vote for people who behave this way not the first time wont be the last time while the rest of us have to behave in a certain manner others with perceived power, in their own heads, get away with it. Maybe next council election people will wake up

Doesn't he have the right to due process? How can you correct a behaviour if DCC has secret files? It's illegal! He has to have due process then the opportunity to connect the problem. The dolts at DCC don't provide him with due process so no corrective action can be taken. He may be in the wrong but he still is entitled to due process. Also, why is this in the press? Until he is given his day in court the whole thing is confidential. Someone leaked it to poison the water. Typical political BS!

There is a very long history of this same behaviour. No confidentiality issues arise.

It's in The Press?

Lets take a step back first, look at the bigger picture and lets all see and hear why this happened what caused it lets hear the reasons why, Cr Lee Vandervis was frustrated. We have all heard and read that the Cull,Hawkins, Benson Pope and other minor puppets of the in club with in the council have got it in for Cr Lee Vandervis and have for some time, is he staring the pot, I don't think so he has Dunedin's interests at heart. I too would get frustrated if I was always stoned walled and shut down for voicing something valid - what do people expect. anybody would get frustrated, Cull was like this when I asked questions he never replied hoping I would go away. What we have observed from Cull, Hawkins, Benson Pope over the years is just premeditated bullying, in a silent quiet way, People have had enough of this Cull, Hawkins, Benson Pope side show, time to blow it all out in the open and expose them all. And if those others on council know that things are not being done correctly and say nothing then they are just as bad.

No secrets. This is all public information in the Agenda for the Council meeting on Tuesday, 27th October beginning at 10.00 am. You can see all the reports and information about the process here on the DCC website. https://infocouncil.dunedin.govt.nz/Open/2020/10/CNL_20201027_AGN_1318_A...
IMO the process is almost too fair, excluding from decision making any Councillors who indicated that they had already formed an opinion that the Code of Conduct had been breached. There’s an interesting reference to Mai Chen, arguably the most renown lawyer in NZ, who apparently during a talk to the Council made it clear that ALL Councillors are responsible for ensuring a safe workplace, something which compliance with the DCC Code of Conduct would automatically take care of. Members of the public can attend as this Agenda item is in the public part of the meeting - which will also be live-streamed. But the item is last on the list so it might be well into the afternoon before it is decided. During Cull and Chin’s mayoralties, IMO Code of Conduct complaints were indeed politically WEAPONISED. But I think the new, initially independent process is fair beyond reproach.

Critical Race Theory Training will fix him. Or you could run a show trial! What a joke.