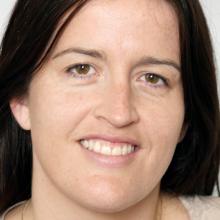 Bree Jones
Next year’s Trenz conference in Dunedin is set to cost ratepayers $200,000, but the long-term pay-off should run well into the millions.

The Dunedin City Council will next week be given an idea of the costs to the city of hosting the conference from May 7 to 10, and also the estimated benefits.

The city learned last week it would host the tourism industry event next year, bringing up to 1200 international travel and tourism buyers, media and New Zealand tourism operators to Dunedin.

It will be the first time the event, run by Tourism Industry Aotearoa (TIA), has come to Dunedin and the first time it has been hosted outside Auckland, Rotorua, Christchurch or Queenstown since it began in the 1960s.

Trenz is an opportunity for New Zealand tourism operators to sell their product to buyers, effectively overseas travel agents who put together itineraries for overseas tourists.

Attracting more than 350 buyers to experience the tourism products on offer here is considered a huge coup.

On average, each buyer sends 4000 visitors a year to New Zealand, totalling 1.5 million.

It comes as figures show New Zealand’s tourism market is expected to continue to grow strongly, topping $15 billion by 2023.

Tourism contributes more than $690 million to Dunedin’s economy every year.

Another $50,000 would be required for "city activation costs", which Mrs Jones said was the cost to the city of putting on "a really good event".

That could pay for the likes of an airport welcome, putting on activities, and flags around the city "just so you get a sense that the whole city is a part of it".

The benefits, however, should be considerable.

They would book about 5000 hotel rooms, and the economic impact to the city would be more than $2.4million.

Mrs Jones said the $2.4million was calculated using the Ministry of Business, Innovation and Employment convention activity survey, which considered the benefits to the city strictly as a business event.

That included the income from sources including venues, accommodation and catering, and services such as transport.

But the benefit to the city should be much more than that.

An economic impact study conducted for Trenz in Rotorua after the 2015 event indicated that city had more than $7.6 million in additional forward booking revenues from travel trade, over and above that usually placed.

Mrs Jones said that was a figure Dunedin could achieve.

"We’d absolutely be aspiring to that," she said.

"They are currently in that golden [tourism] triangle of Auckland, Rotorua and Queenstown, but I think a big part of what got them there was their ability to be hosting an event like Trenz.

"It put them on the map, so obviously we would be hoping to achieve the same sort of result in the long term."

While it was not "signed and sealed", Mrs Jones said she expected Dunedin Venues and Larnach Castle would provide function venues during the event.

It was hoped Forsyth Barr Stadium would be used for the event’s traditional after-party.

RTOs, sponsors and exhibitors would sponsor buyers and media at local bars and restaurants, boosting the industry in a quiet period.