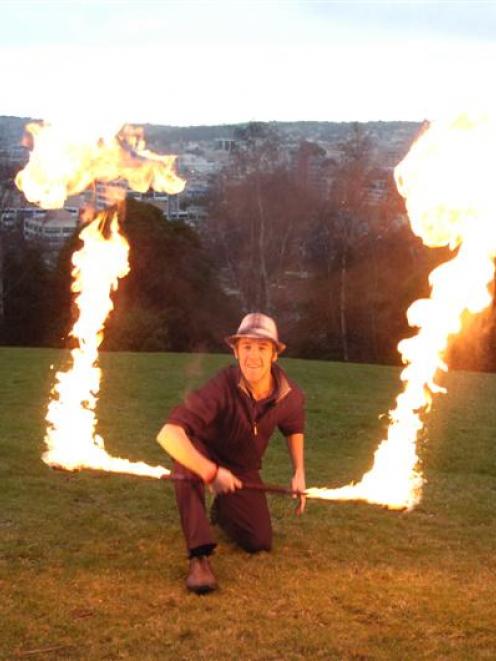 The 23-year-old University of Otago student heads to the volcanic island of Stromboli next week to help run the Teatro Del Fuoco (Theatre of Fire) international fire-dancing festival.

Stromboli is a small island in the Tyrrhenian Sea, off the north coast of Sicily, and has the nickname "Lighthouse of the Mediterranean".

Its last major eruption was on April 13 last year.

"They've got the world's best fire dancers performing on the site of an active volcano," Mr Elliott said yesterday.

"It's one of the most active volcanoes in Europe. Apparently, every 14 minutes there's an uphurl of something."

He was invited by Italian organiser Amelia Bucalo Triglia.

"Amelia wanted someone to be involved with the events management side of things with an overseas perspective and with experience relating to events and creative fire performance," he said.

"I'll be doing some minimal fire performances, but it's more of a production role helping co-ordinating the performers."

While there, Mr Elliott hopes to trek up to the crater.

He has been working with fire for the past four years, after getting involved with the Highly Flammable fire troupe.

Highly Flammable performed at the final test at Carisbrook, between the All Blacks and Wales, last month.

Mr Elliott will leave Dunedin on Sunday, before travelling to Milan next week.