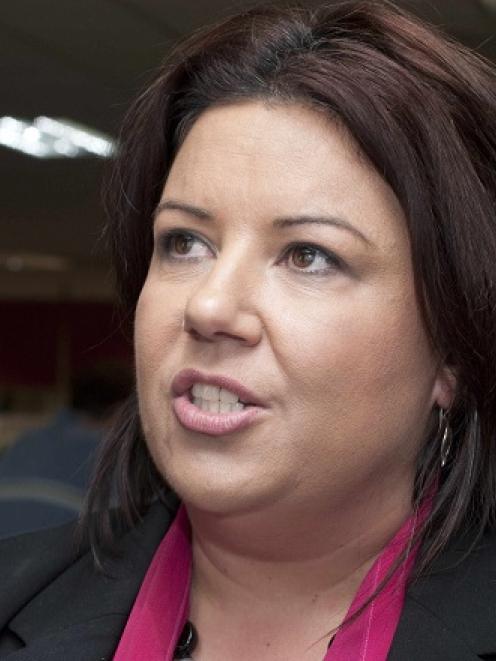 Paula Bennett
Otago providers of a tertiary education programme worry the Government's decision to scrap it puts jobs in jeopardy and comes at the worst possible time.

The Government-funded foundation-focused training opportunities (FFTO) programme will be axed and replaced with different courses from January 1.

They claimed the 26-week FFTO courses were failing to meet targets and replacement programmes would more effectively help beneficiaries and young people get work.

Last year, 28% of FFTO participants nationally were employed after their training and 17% undertook further education.

New programmes included short-duration industry training for beneficiaries, English language courses, intensive literacy and numeracy courses, foundation education for 20- to 24-year-olds, and an extension of the Youth Guarantee programme for 18- and 19-year-olds.

''The Government needs to constantly refine our approach to ensure we are meeting the needs of young people, beneficiaries and employers,'' Mr Joyce said.

But those delivering FFTO in and around Dunedin said they were exceeding targets and had waiting lists for people keen to participate.

The change came without warning to providers, who had to prepare staff for potential funding cuts.

Providers had little time left in the calendar year to find out what impact the changes would have and ''pull new courses together'', she said.

''It's really late in the year to be making a change this significant. It's really worrying; it's a real rush job.''

Ms Black and other Otago providers spoken to yesterday were worried the region would lose its existing level of government funding.

''We have one of the highest unemployment rates in the country and I worry they will pull FFTO money out from here and it will end up as Work and Income training up north.

"If money goes up north, that will be 300 or 400 people in Dunedin who won't have training options because the money's gone,'' Ms Black said.

Kokiri Training Centre chief executive Lynette Collins-Watson said the changes would have significant ramifications, but it was too soon to know exactly how the business would be affected.

Dunedin Training Centre manager Callum Hayde said he would be looking to minimise the impact on his business, although the Youth Guarantee extension was positive.

Labour's Dunedin North MP David Clark said existing FFTO funding was worth about $1 million to the city and it would be a ''huge blow'' if it was not replaced.

Mr Joyce said there would be national funding changes with the winding down of FFTO, but there was no agenda to move money in any direction.

Other education changes announced by Mr Joyce yesterday included free foundation-level courses for those under 25 years of age, which was aimed at youth without level 1 or 2 qualifications.

From next year, participants could obtain level 2 qualifications without paying fees, whether they were at secondary school, in the Youth Guarantee programme or at a private tertiary institution.