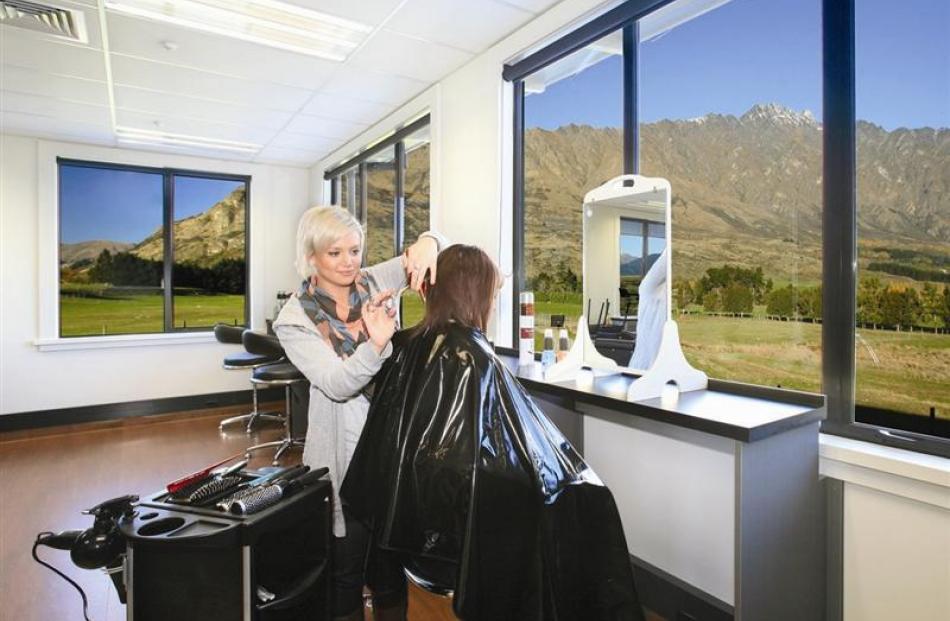 The Southern Institute of Technology's hairdressing salon has a spectacular view of the Remarkables. Photo supplied. 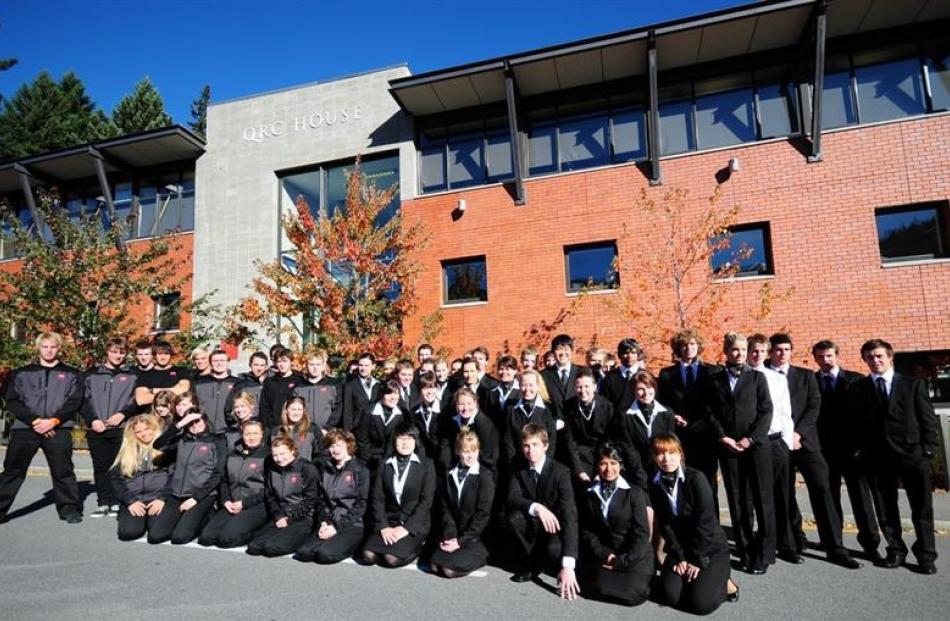 Last year there was a record intake of 68 students at Queenstown Resort College. Photo from ODT files.

Efforts by Queenstown's fledgling tertiary institutions to attract students are paying off,as Joe Dodgshunreports in the second and final part of our series on Wakatipu education.

Queenstown's tertiary sector has boomed in the past three years, with the rapid growth of the Queenstown Resort College (QRC), plus the establishment of Southern Institute of Technology (SIT) campus in Remarkables Park.

For the QRC, the period until now had been about building momentum and promoting Queenstown as a viable tertiary study destination since its launch in March 2006.

"It's all about keeping the faith," chief executive Charlie Phillips said.

"It takes a lot of momentum to build up a tertiary institution and in a place like Queenstown it takes a while for it to start to get traction."

The approach has worked so far, with student numbers increasing from 11 to just under 300, a number the college has decided to maintain and consolidate on its performance.

The college is now looking to expand educational programmes for different areas of the industry workforce, the latest of which being the collaboration with the University of Otago master of entrepreneurship degree launched here last month.

Mr Phillips said the future lay in giving Queenstown the reputation of "a serious study location" through avenues such as the studyqueenstown.com website.

"Since 2008 we have been trying to profile Queenstown as a serious study location and disputing the myth of the cost of living in Queenstown.

"With buying the lodge (QRC Lodge halls of residence), it's probably about the same cost as living in residential halls in Dunedin."

SIT's Queenstown campus has come a long way since opening in February 2009. It offers six full-time courses, on top of its part-time and one- to two-day courses in hospitality.

"It's a growth trend" says campus manager Pam Hulls, adding that the campus counted international students in its full-time study roll of about 60 - a number growing through word-of-mouth feedback.

As part of the growth plan, SIT will add a sport and exercise course in October, followed by a hotel and tourism management diploma in February, with student accommodation "on the drawing board" for 2013.