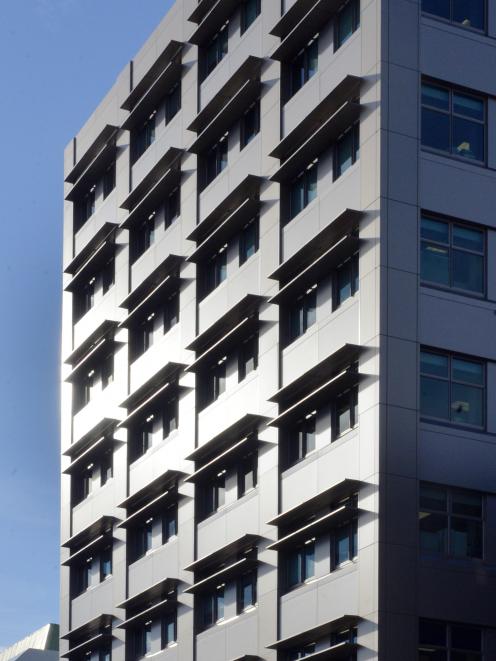 The university said as a "prudent owner" it would be studying what happened in London and examining its entire building stock.

This included its microbiology building in Cumberland St, which Naylor Love says on its website was the first in New Zealand to be reclad with a type of aluminium composite material.

The university’s comments come after a blaze engulfed a 24-storey housing block, Grenfell Tower, in central London on Wednesday, trapping residents as they slept and killing at least 17 people in an inferno that the fire brigade said was unprecedented in its scale and speed.

While investigators have said it is too early to determine the  cause of the fire, residents have blamed new aluminium composite cladding for aiding the fire’s rapid spread up the sides of the building.

The type of cladding has also been implicated in other high-rise fires, including one in Melbourne’s Docklands in 2014.

University property services division director Barry MacKay said the university would look to learn from what happened, but emphasised its approach and New Zealand fire rules meant some of the problems identified in London did not apply to its buildings.

"As a prudent owner who takes our fire protection responsibilities seriously - out of concern for the wellbeing of our staff, students and visitors - we are studying what has happened and are considering if that raises any issues for us," Mr MacKay said.

He confirmed three of the university’s buildings had significant amounts of composite cladding: the commerce building, the microbiology building and psychology’s William James Building.

There might be smaller amounts of the material on some of the university’s other buildings.

"We expect to find out more from a national level in this country when robust, official information is available from the London fire," Mr MacKay said.

Many of the issues raised about the London fire did not apply to the university’s buildings, he said.

For instance, a building with a single means of escape would never get building consent in New Zealand.

When aluminium panels were added to the microbiology building 10 years ago,  fire-resistant material was placed at every storey in the building, between the cladding and the existing structure.

However, people who lived or worked in tall buildings should be reassured by New Zealand’s fire protection and building laws, he said.

"New Zealand’s fire engineering is quite fundamentally different from the British system in that we are very focused on sprinkler protection."

Having sprinklers meant it was much more likely small fires would be contained to a single apartment.

"The Government amended building code provisions in January this year to restrict the use of combustible cladding systems in buildings following fires in Melbourne and Dubai.

"I am advised that these systems are not prevalent in New Zealand," Dr Smith said.

He had asked the Ministry of Business, Innovation and Employment to contact councils and check whether any high-rise buildings had been constructed with these materials before the amendments earlier this year.