Students gather this week on the roof of a property in Castle St North. Fuelled by the availability of cheap alcohol, a culture of flat parties has grown in Dunedin. PHOTO: CHRISTINE O’CONNOR
After years of battling the scarfie booze culture, the University of Otago is backing new ideas to keep students safe, following the death of a student last year. Grant Miller reports.
University of Otago vice-chancellor Harlene Hayne says she is not known for backing off — and certainly not when it comes to talking straight about the liquor industry.

"Responsibility for alcohol problems lies squarely at the feet of the alcohol industry," she says. "Alcohol is at the centre of a whole host of things that go wrong."

By that, she means many assaults and many people ending up in hospital. And that’s just the start. Prof Hayne lists the university’s sexual violence support and prevention centre Te Whare Tawharau, as well as residential colleges’ pastoral care teams, amid a range of services that deal with the consequences of alcohol-related harm.

As the head of a university with 20,000 students — some of whom experience serious harm resulting from alcohol consumption — she is familiar with what can go wrong, as well as academic research on the subject.

Prof Hayne has previously compared damage-containment efforts to "bailing out the Titanic with a thimble" and stands by that analogy now.

So one or two recent developments may have caused some surprise in the community.

Prof Hayne says the university was an enthusiastic supporter of the Otago University Students’ Association (OUSA) buying Starters Bar in 2018 and is cautiously optimistic about how it will run now it can stay open with extended trading hours.

"If we were looking at the research evidence only, the university would be concerned," she says.

Starters Bar in North Dunedin is now allowed to stay open until 3am on Friday to Sunday mornings. PHOTO: LINDA ROBERTSON

The vice-chancellor has also been linked with a possible extension of drinking hours allowed at student residential colleges.

Has there been an adjustment in thinking?

"My views on alcohol have not changed an iota."

But the community is willing to try different approaches that could minimise the drug’s damage in Dunedin, she says.

The university and agencies such as the police are wary of creating reasons for students in North Dunedin to travel to and from bars in the central city after they have started drinking. One thing that could lead them to do that is a comparatively early closing time at north Dunedin’s Starters Bar. With the closing time pushed out to 3am on Friday to Sunday mornings, more students may be content to stick to the northern end of town. The hope is less harm will occur than may happen otherwise, Prof Hayne says.

"It’s an experiment, and we will be watching it closely."

The possibility of extending drinking hours at residential colleges was a suggestion that came out of the Sophia Charter, which is a multi-group response arising from second-year student Sophia Crestani’s death last year at a Dunedin flat party.

"Stakeholders" of the charter felt there could be benefits from first-year year students spending more time in supervised environments.

Prof Hayne describes the colleges as dense living environments where some students will choose not to drink and where they need some peace and quiet.

"Each college sets its hours. The university doesn’t mandate that."

The rationale for restricting drinking hours is a balance needs to be struck between "rambunctious socialising and the fact that this is first and foremost a school, where people need to study".

Even so, in the Dunedin District Licensing Committee’s Starters Bar licence-renewal decision, Prof Hayne was mentioned in connection with approaching halls of residence, with a view to allowing residents to drink until 11pm. It was not clear from that whether she believed in such a move.

The vice-chancellor says the drive to create the Sophia Charter — led by Sophia’s parents Elspeth McMillan and Bede Crestani — brought groups together to help minimise student harm and maximise their wellbeing. 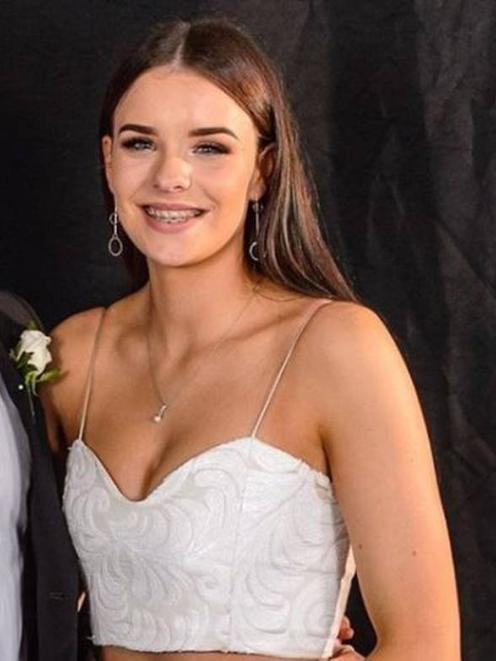 There has been a pointed focus on flat parties since Miss Crestani’s death on October 5 last year. The 19-year-old was killed in a stairway pile-up during a party attended by hundreds of revellers at a Dundas St flat known as The Manor.

Since then, Campus Watch, the Proctor’s Office and Fire and Emergency New Zealand have visited every two-storey flat in North Dunedin. They invited students to consider the risks of hosting large parties and how they could be managed. Prof Hayne says students took the information on board.

The vice-chancellor says the university has worked hard for at least 17 years to enable students to spread their wings while also keeping them safe.

In the period between 2004 and 2014, the University of Otago strengthened the student code of conduct, deployed the security and liaison service Campus Watch, made sure the university’s voice was heard on the operation of alcohol outlets near campus and banned alcohol advertising on campus. Residential colleges tightened alcohol policies and the university objected to licence renewals for premises that seemed to encourage excessive drinking.

It also bought two large pubs next to the campus and turned them into offices and a study centre.

The study led by Prof Kypri found students surveyed in 2014 were less likely to have become intoxicated in the previous seven days than those surveyed in 2004.

"It seems likely that the actions of the university, along with the reduction in pubs surrounding campus, helped to reduce hazardous drinking in the Otago student population," the study concluded.

The study also noted a large shift away from drinking in pubs, as this became comparatively more expensive.

Did university policy contribute to a culture of flat parties developing?

OUSA chief executive Debbie Downs said during a 2019 hearing for Starters Bar that a significant increase in student flat and street parties was an unintended consequence of student-oriented bars closing.

Prof Hayne rejects that. What fuels flat parties is ready access to cheap alcohol in off-licence premises, including supermarkets, she says.

She has previously pointed out the university bought the Bowling Green Tavern and the Gardens Tavern in 2009 and 2010 only after they were "no longer viable as profitable businesses".

What does Prof Kypri make of the licensing committee decision to allow an extension of hours at Starters Bar?

He says there is a high risk associated with drinking in licensed premises after midnight, even if outlets are managed well.

Prof Kypri suggests the decision "is moving against the direction of travel in recent years toward reducing the preponderance of high-risk settings".

"I have been observing the University of Otago’s approach to student drinking since the mid-1990s, and I was publicly critical of its unwillingness to take responsibility for a problem partly of its making," he says.

"My advice to senior university officials in the early 2000s was to get its house in order before pointing the finger elsewhere. To its credit, Otago’s approach improved markedly under the leadership of Sir David Skegg and that trajectory has continued under Prof Hayne’s leadership."

Speight’s Ale House operator Mark Scully says the licensing committee’s decision seemed to recognise that what has been happening in north Dunedin is not working for students.

"On-premise drinking is still a good environment for young people to be in," he says.

"Well run, it could be a really good concept for north Dunedin."

Sergeant Ian Paulin says police have worked closely with the OUSA to reduce alcohol-related harm in the student precinct.

Southern District Health Board medical officer of health Susan Jack says risk associated with increased trading hours is mitigated by Starters not being in a cluster of licensed premises.

"Research suggests that a key driver of the acute harm from on-licensed premises may be from the effect of them clustering together, as seen in places like the Octagon where multiple late-night premises attract a crowd," Dr Jack says.

"OUSA owning Starters is an opportunity to provide late-night premises run by an organisation whose motivation is the welfare of students."

Mrs Downs says Starters is not required to make a profit for the OUSA.

"This allows us to act in the best interests of punters ... for example, having more security staff on-site to ensure safety.

"Starters provides a safe place for students to socialise, in a student-centric setting."

And the Sophia Charter is an effort involving multiple groups to create a safer environment in north Dunedin for students.

"Breaking the back of alcohol-related chaos takes teamwork — we can’t do it on our own," Prof Hayne says.

"There’s been an evolution in how we tackle the problem.

"If anything, we’re leaning in more than we ever have." 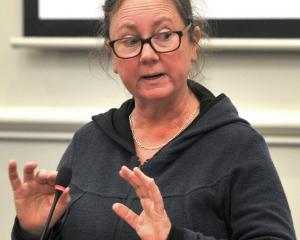 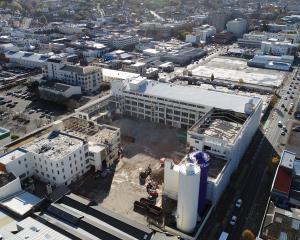 Alcohol is made 'cheap' by student loans/allowances. A generation ago, alcohol was not such an issue as fewer students could not afford such a luxury. (I and most of my mates were one of them). Prioritises were food, rent, books and fees, then booze/ski trips- nowadays its all 'provided' by the nanny state.

Sorry Harlene, while the alcohol industry must take responsibility for a significant proportion of the problems referred to in the article, a great deal of that responsibility must be shared by the parents of these young people. Blaming the industry alone is simplistic.

One might expect (especially as Otago Uni has had long association at the margins surrounding the culture of cannabis) that the debate would move beyond waxing lyrical about alcohol and its contingent downsides, and understand that there is another popular social drug currently the subject of a reeferendum. Were this to be looked at and included in the conversation, lessons could be learned from Colorado, where the legislative switch was made because of the University drinking culture. See SAFER.ORG

This wasn't because cannabis was seen as a need to manage its harms better, rather, for to be seen as a 'no carbs, no violence, no hangover' solution for the very demographic we are ostensibly protecting (via R20) while giving them nothing to vote, they are going to smoke it anyway!