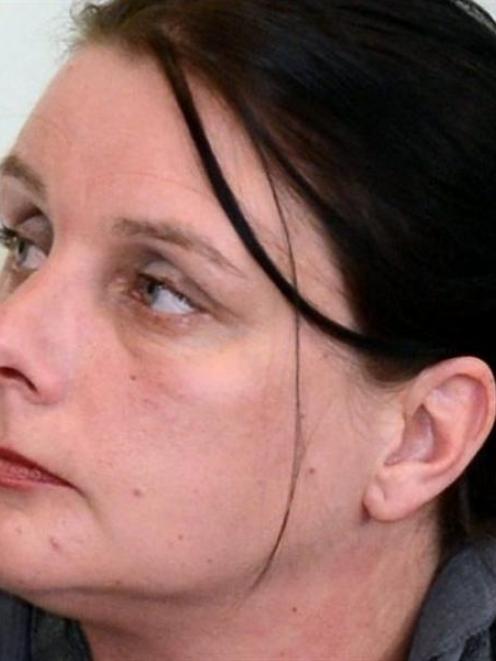 Anna Huffstutler.
The Service and Food Workers' Union has notified its intention to take legal action against the Southern District Health Board over the unpopular decision to award a 15-year food service contract to the Compass Group.

SFWU organiser Anna Huffstutler yesterday confirmed the move, which is likely to be based on law protecting vulnerable workers.

It can also be reported that Compass Group and Health Benefits Ltd representatives were admitted to the public-excluded session on Thursday where board members were considering their decision.

The union was excluded - even though its counterproposal was also before board.

That was an ''insult'', Ms Huffstutler said when told by the Otago Daily Times Compass and HBL were invited.

''They weren't even interested in the counterproposal . . . but yet they wanted to spend more time with HBL and Compass.

Deputy chairman Tim Ward said HBL and Compass were allowed in because board members had questions for them.

The board had excluded the public on pre-signalled legal grounds, having faced down more than 100 people demanding the board throw out the proposal.

During the open part of the meeting, member Dr John Chambers expressed concern about the absence of the union from the deliberations.

A bid by Dr Chambers and Mary Gamble to push the deliberations into the open part of the meeting failed when it found no support around the table.

Only Mrs Gamble and Dr Chambers were opposed.

After an interview, Mr Thomson had emailed the Otago Daily Times with points he believed did not fit the newspaper's ''narrative'' about the controversial decision.

''Nine board members didn't get up [on Thursday] and ask themselves how they could be as unpopular as possible by the end of the day.

''Five elected members didn't vote to confirm the proposal because they wanted to reduce their chances of re-election at the next election.

''If any of us didn't know that the proposal was unpopular, then they have been living in some altered state for some months.''

Mr Thomson voted against the proposal when the board approved the outsourcing in principle last year.

He swung in favour for the final decision because of nutritional information, cost savings, safeguards in the contract, and other considerations.

About 20 kitchen workers would be ''surplus to requirements'' and ''nobody with any feelings likes that thought'', Mr Thomson said.

There would be opportunities for some in other Compass Group services in Dunedin and Invercargill, he said.

''When the announcement was made to our members, they were gutted, because it's more uncertainty for them.

''It's an insult to them, that the DHB have effectively sacked them.''

The SFWU has taken a case against the Auckland District Health Board over the same Compass Group outsourcing, which is based on the rights of vulnerable workers in the Employment Relations Act.

Last night a board spokesman said the board received notice from the union of an intention to take legal action, which said possible legal avenues were being considered.

''We'll consider our position if we receive official notification which will spell out the grounds,'' the spokesman said.