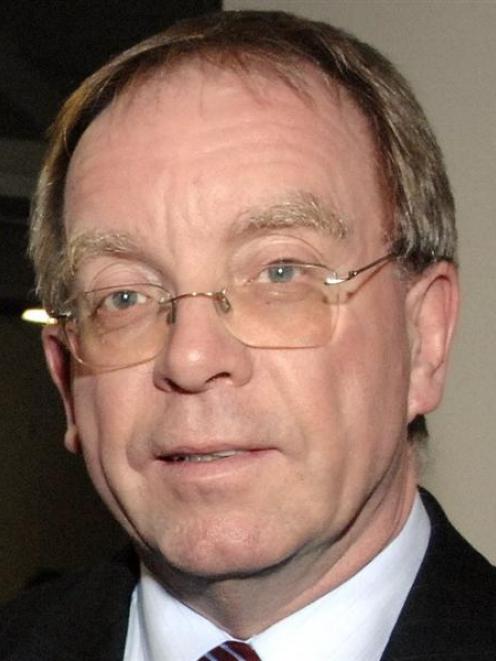 John Patrick.
The University of Otago updated its staff about its $50 million earthquake-strengthening plan yesterday, revealing a building constructed in the late 1990s is among those found to be earthquake-prone.

University staff were invited to a second ''seismic forum'' where they were updated on its plan to strengthen at-risk campus buildings by 2019, which it has included in its priority development plan.

The meeting, like the first last year, was off-limits to students, the public and media, but in a statement chief operating officer John Patrick gave details about what was said.

The university's St David 2 building, built in 1997, was the only new building revealed to be earthquake-prone, which means less than 34% of new building standard (NBS) for earthquake strength.

A proposal to strengthen the building, which formerly housed the foundation studies department and was now unoccupied, was being planned in preparation for it eventually housing the department of applied science.

The university was also considering its options - including where staff and students would go while work was carried out - for the other non-residential buildings found to be earthquake-prone, which were the Arts, Property Services and Scott buildings.

Options for the 1969-constructed Arts building included demolition and building anew, or a major repair to the existing structure. He also confirmed the recently purchased LivingSpace was being considered as a temporary decant space for staff and students working in the Arts building.

''The work required to strengthen these buildings is still being determined, but will obviously mean disruption for staff who may need to be relocated once work programmes are decided,'' Mr Patrick says.

So far, a total of eight buildings had been found to be prone to damage in an earthquake, including four buildings part of residential colleges.

Two of those buildings had already been strengthened - the west wing of Cumberland College and Linton House at Carrington College - but work was yet to begin on the others.

The university's seismic strength policy states all buildings would be strengthened to ''at least 67% NBS'', with those found to be less than 34% of NBS given priority.

Mr Patrick also revealed at the meeting that buildings in residential colleges found to be between 34% and 67% would also be given priority for strengthening - with some at Arana, Unicol, Toroa and Abbey College in that category.

Of the residential colleges assessed so far, some had undergone strengthening work and further work was planned for the 2013-14 summer break.

Some of the university's $50 million budget would be used to provide loans to affiliated colleges to undertake strengthening work should they require it.

Staff at the meeting were also told a number of buildings were yet to be ''comprehensively assessed'' for earthquake damage.