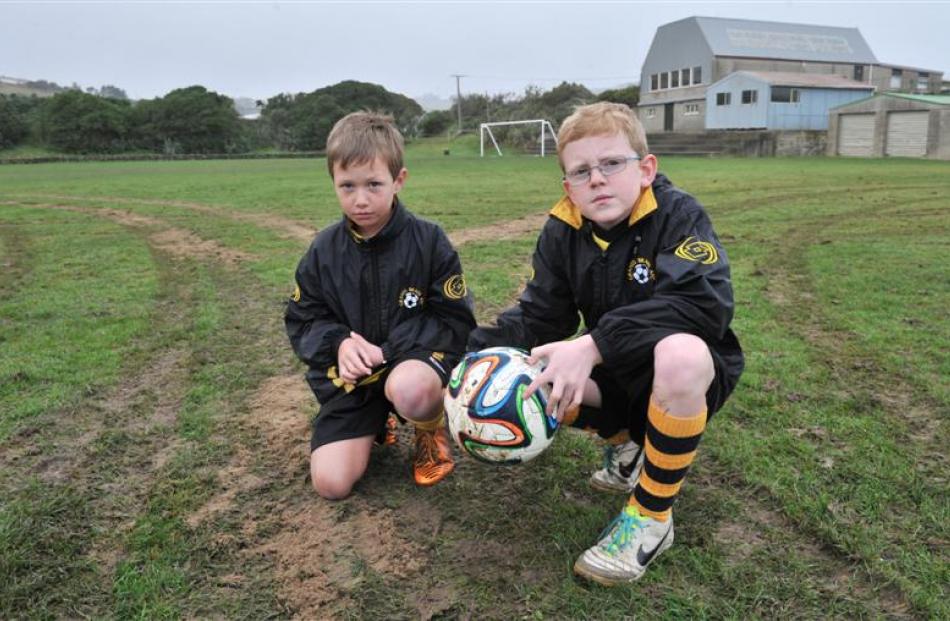 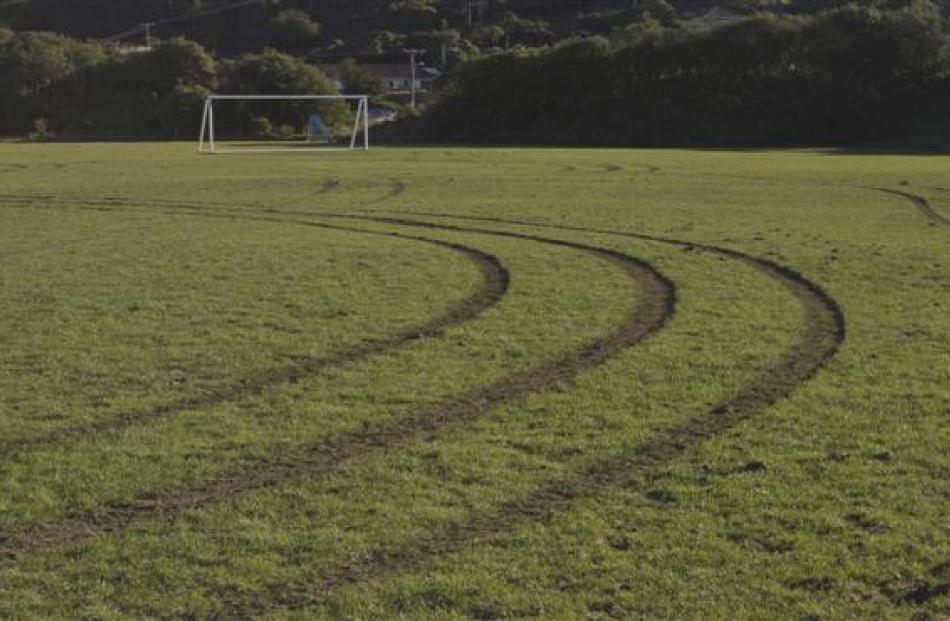 The damaged pitch as it was on Sunday.

Cars were driven on the club's Ocean Grove ground on Saturday night, damaging the pitch.

''It's gut-wrenching ... It looks like two cars have been doing donuts on the field,'' Grants Braes committee member Carolyn Wilson said yesterday.

''We've had damage here before, but this is the worst in the 13 years I've been involved with the club.''

''The vandals don't think about how this affects people. We had to contact all the coaches to tell them not to train on the grounds this week,'' Ms Wilson said.

''We also lose revenue if there are no home games. We lose all the money from our barbecues and our bar takings. It's hard enough to get money as it is.''

''It makes me angry that someone would do this to us,'' Dylan Mitchell said.

Ms Wilson said the council had been great.

''They spent two days fixing it up for us. Hopefully, it will now be right for the weekend.''

DCC parks manager Lisa Wheeler said yesterday it was not an isolated incident.

''This sort of thing happens when a big rain comes. We've also had damage done in the last week on the Oval and at Mosgiel Memorial Park,'' she said.

''It's just straight-out vandalism and it is very disappointing. Fortunately, the damage at Ocean Grove was pretty superficial, but it's still time-consuming.

''The end of the park [where] they got in is the emergency access, which had a chain and a padlock across it. We'll look at putting a gate in there now.''

Anyone who witnessed a vehicle on parks or fields was asked to contact the police, Ms Wheeler said.

''We have had successful prosecutions in the past. The best thing people can do is make a note of the number plate and then contact the police as soon as possible.''