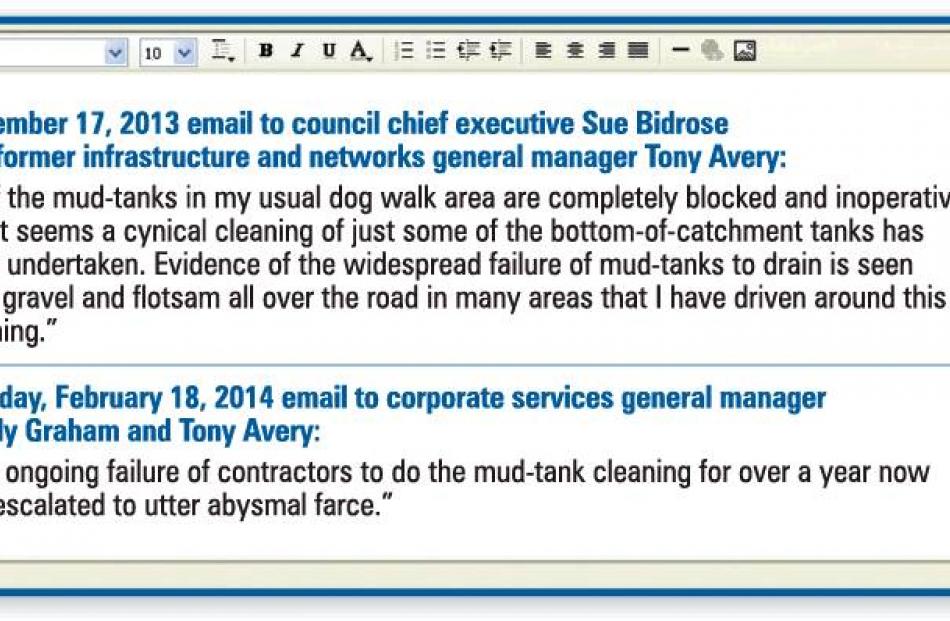 Emails between Lee Vandervis and council staff. Click to enlarge 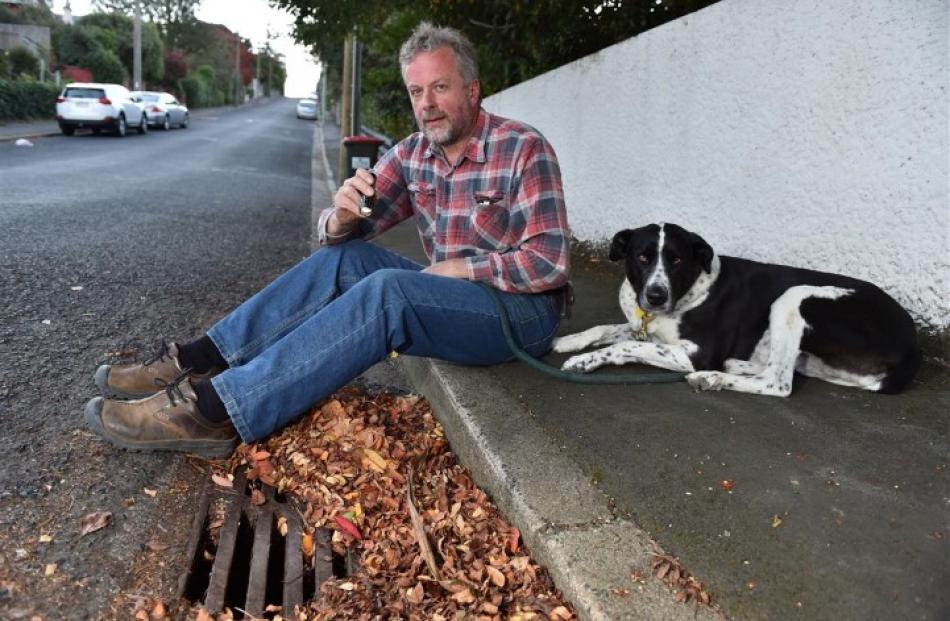 Lee Vandervis beside a stormwater drain with his dog Lola. He says concerns he raised about poor mud-tank maintenance fell on deaf ears. PHOTO: GREGOR RICHARDSON

A series of emails released by Dunedin city councillor Lee Vandervis show he was raising concerns about the state of Dunedin's mud-tanks as long ago as 2011.

Cr Vandervis said he released the emails because only publicity forced the council to change its ways.

‘‘This publicity is going to make sure it really is sorted once and for all this time.''

The release of the emails follows a report released by the Dunedin City Council last week into last June's flood, which found 75% of mud-tanks in South Dunedin were not properly maintained.

The report, due to be discussed today at a council infrastructure services committee meeting, was critical of contractor Fulton Hogan's management of the city's mud-tanks and of the oversight of that contract by council staff.

Following its release, Dunedin Mayor Dave Cull said he was ‘‘outraged'' at the ‘‘dual failure'' from Fulton Hogan and council staff.

The report followed Fulton Hogan losing the contract for mud-tank maintenance in early March, and the job being taken over by City Care, a Christchurch City Council-owned company.

Cr Vandervis said the council was ‘‘finally addressing the problem, but it's taken much too long. I regret not having gone public sooner.''

His emails show communications between council staff members which indicate it was known in 2011 the mud-tanks were not being serviced.

There were more emails on the subject up to this year.

‘‘She is making very sure in future the DCC staff will do their monitoring job.''

He did not blame Fulton Hogan.

‘‘If they have basically been paid for doing a good job, a bad job or no job at all, they've got bigger contracts to worry about, and I understand they might see it as perhaps a minor part of all the other contracts they do.''

However, council staff had not got the contractor to do the catch-up work that would have reduced flooding in South Dunedin, Mr Vandervis said.

‘‘Things are much better already, but they still have a long way to go.

‘‘We have to publicly admit that we didn't do the maintenance, that we haven't got big enough pumps and drainage systems organised to deal with those sorts of events, and we should have, because it [the flood] wasn't that big an event.''

He said he did not believe staff should be sacked over the issue.

‘‘I don't believe that rolling heads is necessarily the best thing, mainly because we already have a completely new set of top-level managers at the DCC.''

He was confident those new managers, given the time and the funding to bring the changes around, could deal with the issues.

‘‘It was in regard to mud-tanks in other, parts of town, and eventually he was listened to, and he was shown to have a point.''

It was shown at the time a Fulton Hogan truck that was meant to be doing the mud-tank work was in Christchurch, and could not have been doing it in Dunedin.

Fulton Hogan had to pay some money back and staff were told to supervise properly.

His recent outrage was because four years after the issues had been raised and recognised about the same contractor and the same job, the contractor was still not cleaning the mud-tanks and staff were not supervising .

‘‘I'm not disagreeing with Lee at all.''