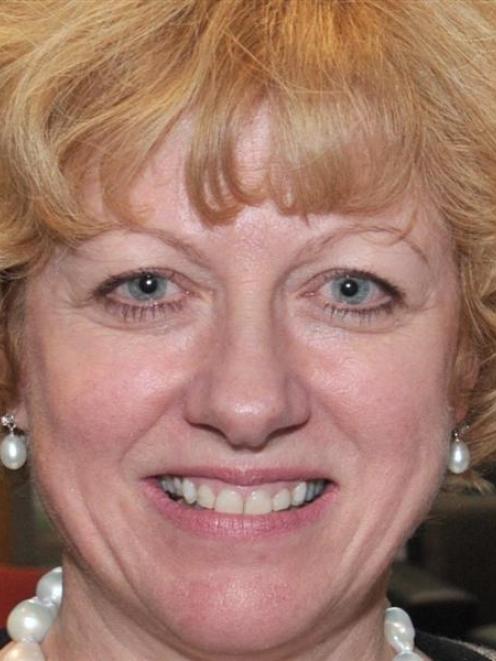 Sharon van Turnhout.
The University of Otago is facing its toughest financial times in more than a decade, with significant savings needed to fund its more than $600 million building programme.

''The search for efficiencies in the university's cost structure has commenced and will involve the full range of costs across the university.

''There are some efficiencies that can be generated which do not involve staff, e.g. space utilisation.

''However, as staff costs represent 61% of the university's total costs, we cannot rule out the possibility that staff positions will be reviewed,'' Ms van Turnhout said in a statement.

Asked if the university's financial position was tighter than at any other time recently she said: ''Yes, achieving the required operating surplus is probably more difficult now than in any year since 2003.

''However, given the strong balance sheet, with no external debt, and the high levels of liquidity, the financial outlook remains positive.''

The university's struggle to meet targets came amid ''low growth in income'', with no increases in government funding for most subjects and ''flat'' student numbers, as costs continued to increase.

In order to accumulate enough funds for the 15-year plan - previously put at $650 million - it needed to run average operating surpluses of 2% of equity, a goal its predicted surplus of $18.77 million for next year (1.5% of equity) failed to meet.

''In order to achieve a five-year average of 2% of equity for 2015, the university would have had to achieve an operating surplus of approximately $35.500 million,'' Ms van Turnhout said in the report.

This was considered ''unachievable'' as it would have required funding cuts to academic divisions of about $17 million.

''The outcome of this would have been severe cutbacks to their teaching and research programmes with an inevitable impact on quality.''

''While we recommend that this be accepted for 2015, it will not be acceptable for 2016 and beyond because funding the projects on the priority development plan relies on generating surpluses of at least 2% of equity,'' she said in the report.

Ms van Turnhout said making the necessary savings was not expected to be easy.

''The academic and service divisions have been cutting costs for several years now so the opportunities to find further savings without major operational changes are limited.

''With further increases in operating costs likely to flow from the projects on the priority development plan over the coming years, work must now begin to investigate ways the high-quality outcomes provided by the university can be delivered more efficiently, along with seeking new income sources.''

No university council members asked any questions after the report was tabled.

The Tertiary Education Union, which is in salary negotiations with the university, declined to comment on the possibility of job cuts.