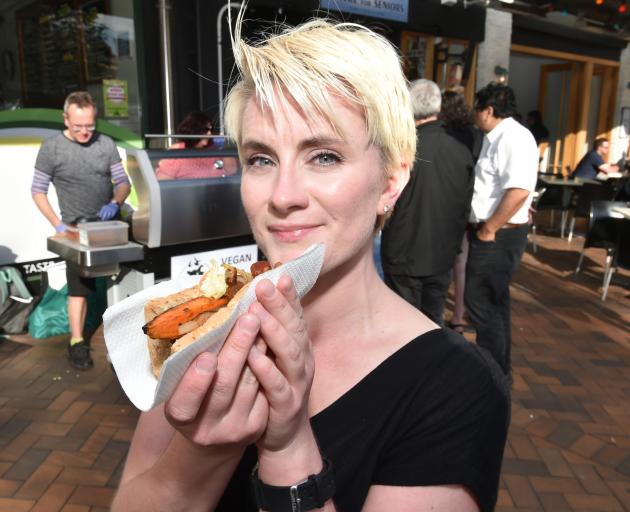 Photo: Gregor Richardson
Petra Hunting is about to bite into a spicy vegan sausage at the Dunedin Vegan Society's world vegan day celebrations in the Octagon last night.

Miss Hunting said she had been mostly meat-free since she was a teenager and thought the event was a good way to introduce people who were not vegan or vegetarian to the diet and lifestyle.

Society co-ordinator Carl Scott said the city's vegan day celebration had become more and more popular since it was first held in 2013.

There were now at least five vegan businesses in the city and more restaurants and cafes were offering vegan options.

''Veganism in Dunedin is really going from strength to strength at the moment. It's pretty amazing.''

Mr Scott expected about 300 to 400 people to attend the event last night.