Video: Getting down to dirty work 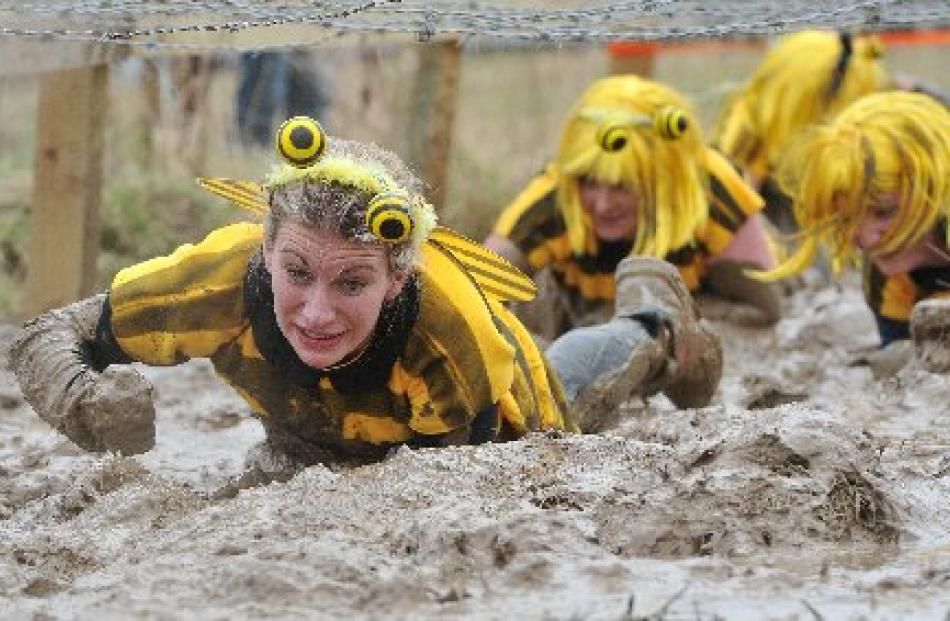 Bumblebee Alex Hannagan grits her teeth and pushes through the barbed wire challenge. 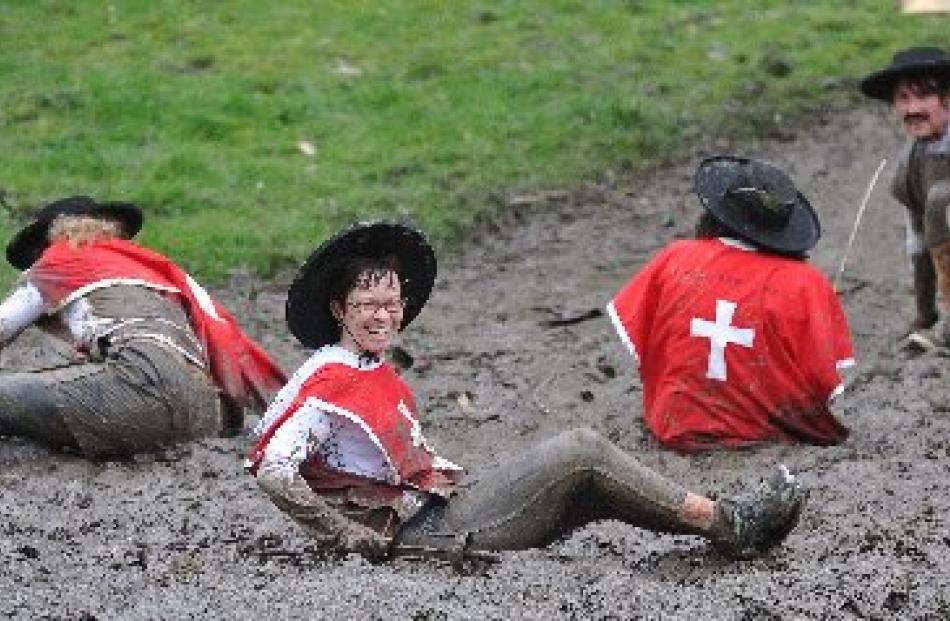 Musketeer Jane Pearce enjoys her slide into the mud. 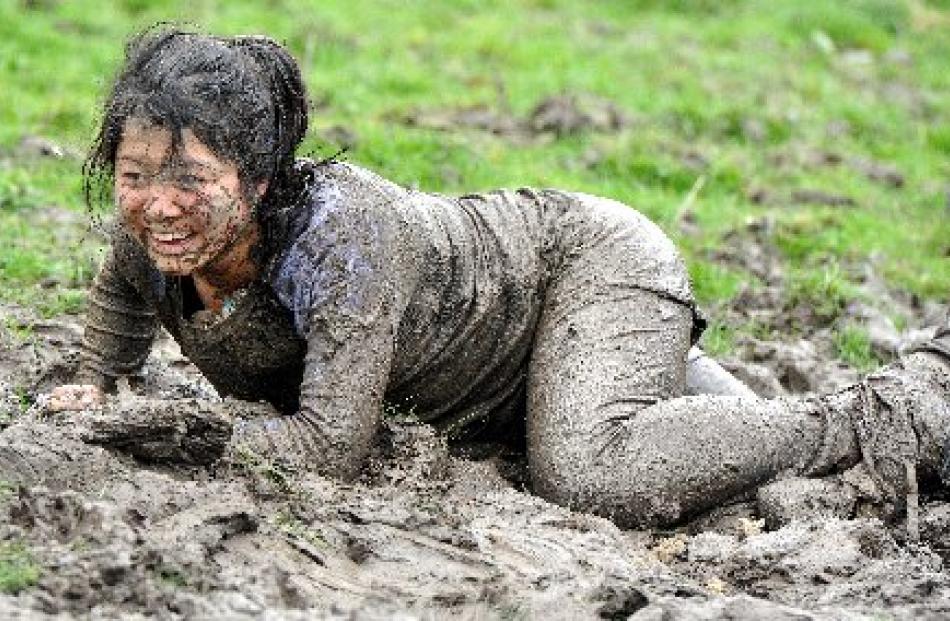 Lily Zhang takes a breather after exiting the barbed-wire challenge during yesterday's Mud, Sweat and Tears event at Wingatui. Photos by Craig Baxter. 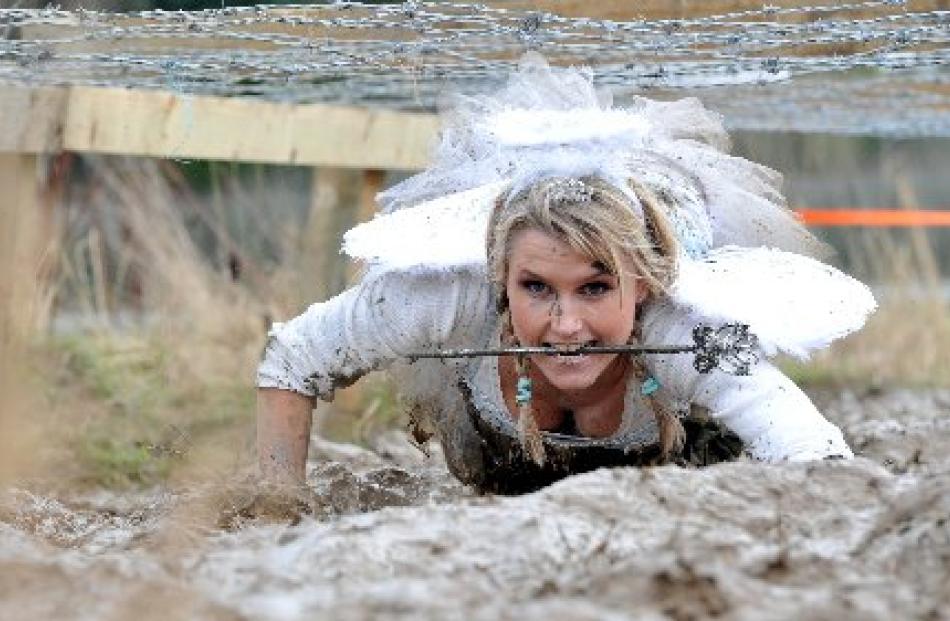 Ilona Pawlowski calls on her fairy powers to make her way under the barbed wire. 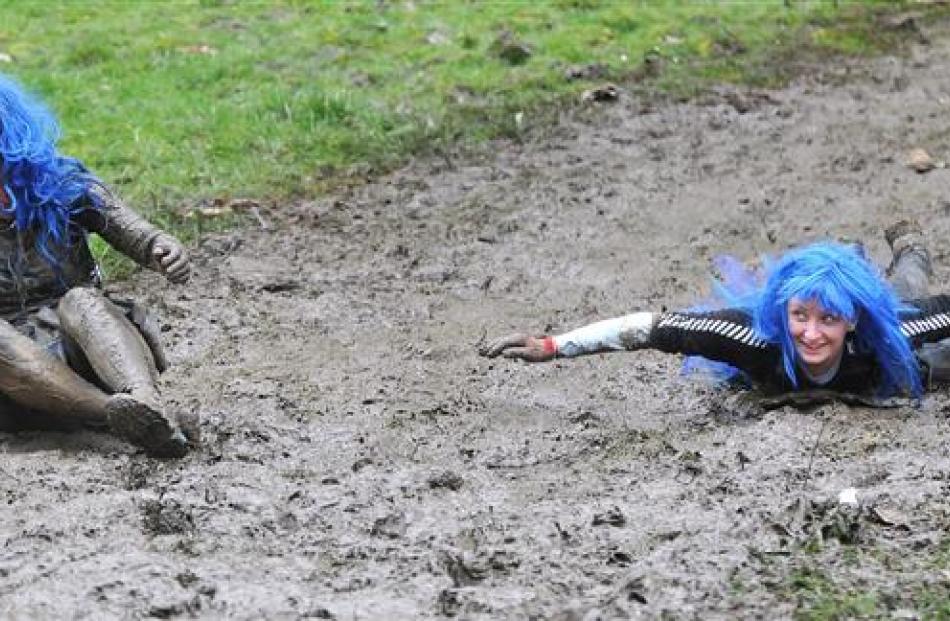 Emma Hamilton and Tanis Goodwin enjoy the ride down the slide. 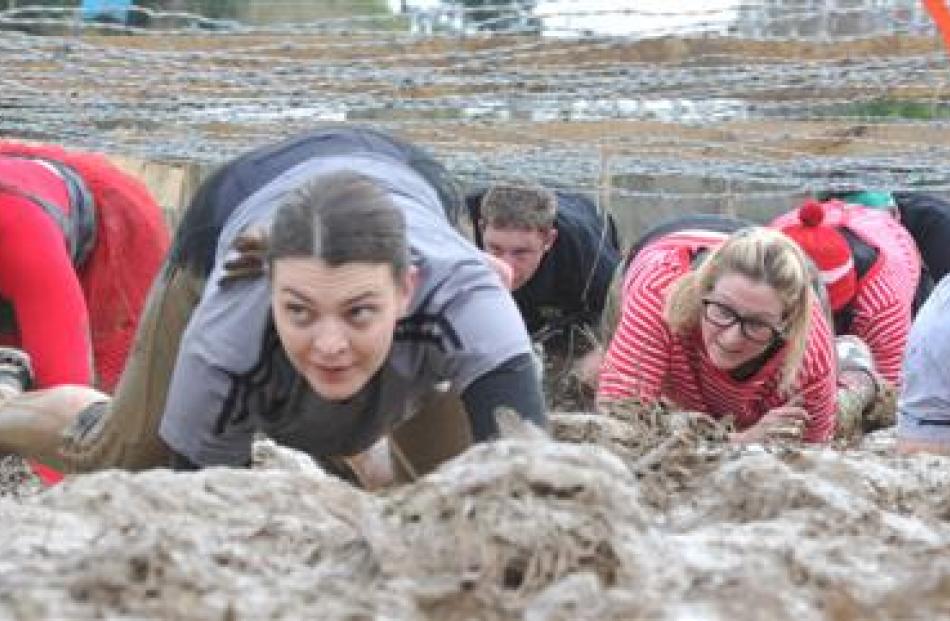 Competitors crawl beneath the barbed wire.

A little mud never deterred a fairy, Batman and Robin, the musketeers, or even a bumblebee.

Conditions were perfect for the Mud, Sweat and Tears event at Wingatui yesterday, with the day starting out with some rain before becoming fine, Dunedin operations manager Paul Vlieststra said.

As a result there was plenty of mud for the 600 competitors, many in fancy dress, to wade through, crawl in and slide down over the 5km or 10km loops.

''The costumes were really great this year.''

Once they had done a lap of the racecourse, then crawled under the low barbed wire platform, there were not many who were not covered from head to foot in mud.

They then dragged themselves up a hill to a slide, many revelling in the muddy slide down, before heading back on to the racecourse and to the hot showers after the finish line.

Teams: Mixed: You Know it 1, Cross fit Dunedin 2, Team Thermatech 3; Men: Absolute Number one 1, HWh 2; Women: We KKKKan Do it 1, The Invincibles