Visitor could be missing kaka No 9 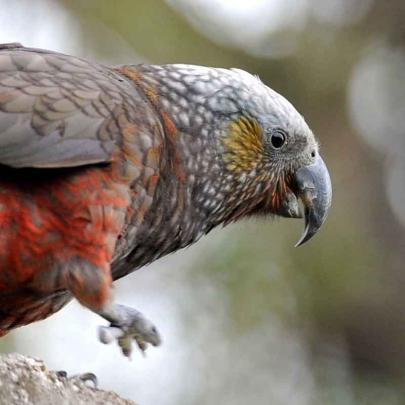 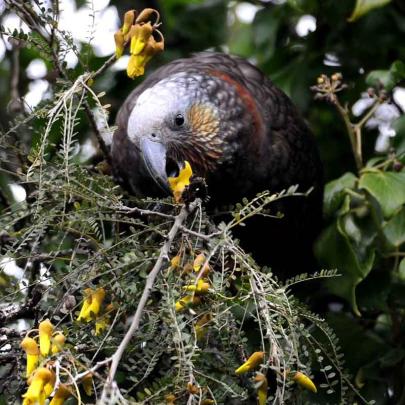 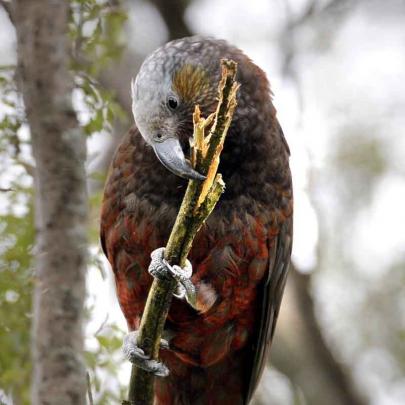 A kaka spotted in a Saddle Hill garden could be the missing bird from Orokonui Ecosanctuary.

John Gardiner, who has seen the kaka in his McMaster Rd backyard in the past week, said it was "quite neat" watching the bird, especially its exchanges with a tui.

In the past week, eight of nine kaka from the ecosanctuary had been captured so they could be colour-banded and have new transmitters put on them.

"It's more than likely it is kaka number nine," he said.

It was not unusual for the kaka to leave the ecosanctuary and with the "hellish" easterly winds experienced in the area lately, it could have been blown off course.

The ecosanctuary was considering capturing the bird as it was very concerned about the danger from predators.

"It would be such a waste, especially if it is kaka number nine. A lot of effort has been put into breeding it in the wild."

If they did capture it, the kaka would be taken to the ecosanctuary where it would be colour-banded and have a transmitter put on it.

If it chose to leave the predator-free enclosure "so be it" but researchers would know where it went, Mr Pullar said.

However, if it flew 30km north it might find friends at the ecosanctuary itself.

"There are cashew nuts on the menu, if it knew that it might be there today".