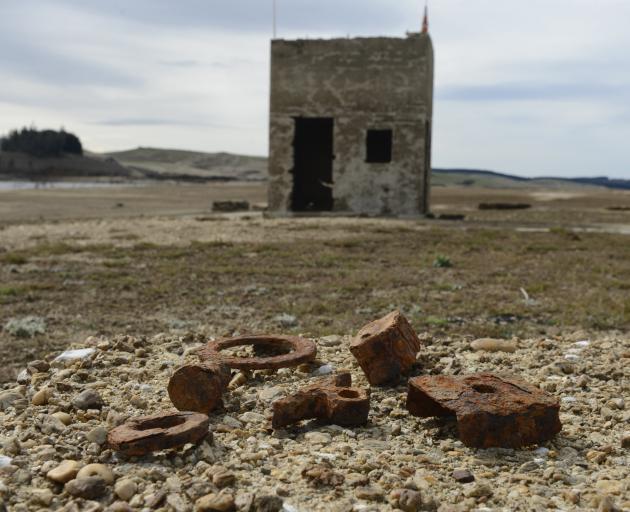 Remains of an old water tower and killing shed. PHOTOS: GERARD BRIEN/HISTORIC PICS: SUPPLIED/ODT FILES
Gold-mining artefacts, farm machinery and a plethora of other nuggets have revealed Otago’s rich history. Regions editor Louise Scott unearths the story.
The bottom of Lake Mahinerangi is littered with evidence of Otago's goldmining and rural past. Until recently some of those gems had been hidden underwater.
Trustpower, which operates the Waipori power scheme, recently lowered water levels due to safety concerns, exposing artefacts on the lake bed.

The Waipori township, west of Dunedin, was flooded in 1924, erasing a once-bustling gold-mining town.

Local amateur historian David Still said the lake was at its lowest since the 1970s - and in his living memory. 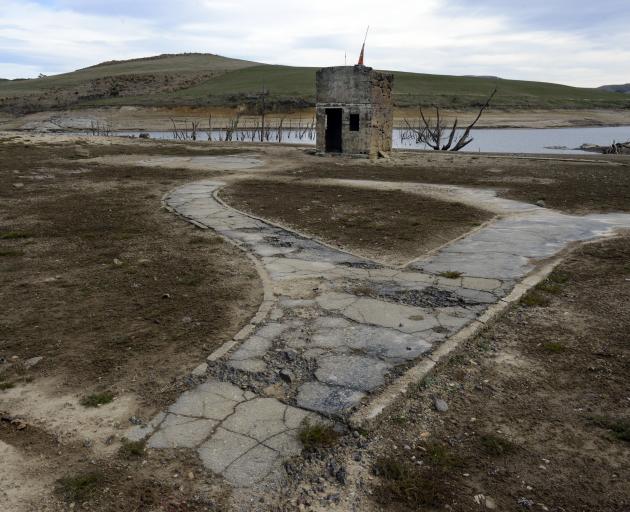 Two sizeable items, which appear to be the remains of a gold-mining dredge and farming equipment, are now visible.

Mr Still had never seen either of the items until contacted by the Otago Daily Times and described it as "fantastic news".

"The lake [level] has always fluctuated up and down throughout the year because of electricity demand and if maintenance needs to be done. 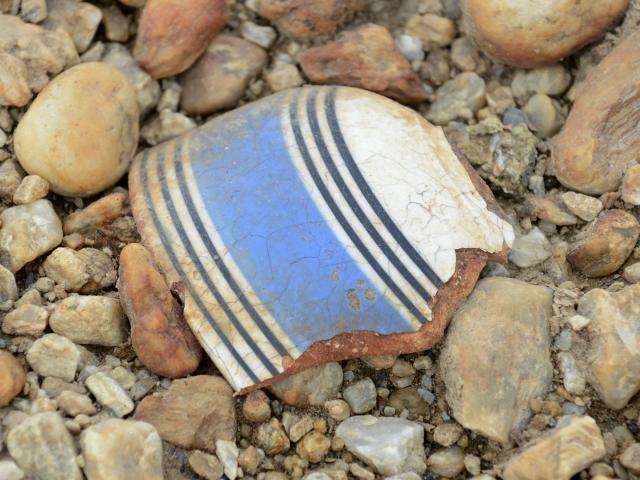 The lake bed is littered with bottles, crockery and household items.
The town was once home to more than 4000 people and was settled between 1861 and 1924. Those living there included Irish, English, Scots, German, Italian and Chinese miners.

Mr Still described it as an important part of the country's history and said it should be preserved.

While she was aware water levels were "significantly low", she was unaware items had been exposed, until contacted by the ODT. 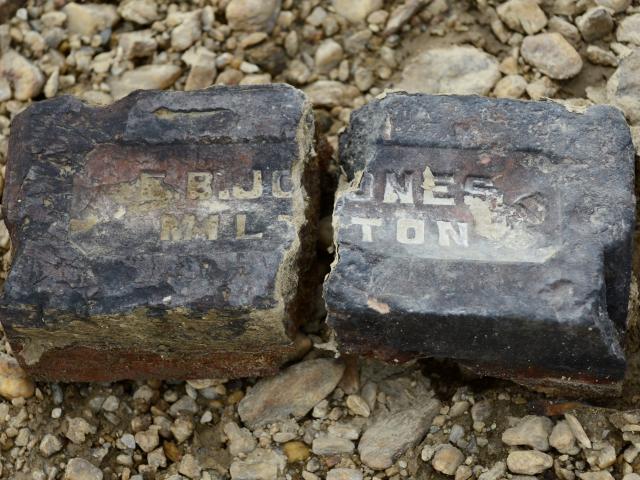 Stamped red bricks are visible at the site.
She confirmed senior archaeologist Matt Schmidt would visit the site to update and record the finds.

He identified two of the bigger items as "wagon wheels and a plough".

Mrs Anderson said it was not possible to confirm the age of the items from photographs but guessed they could be pre-1900. 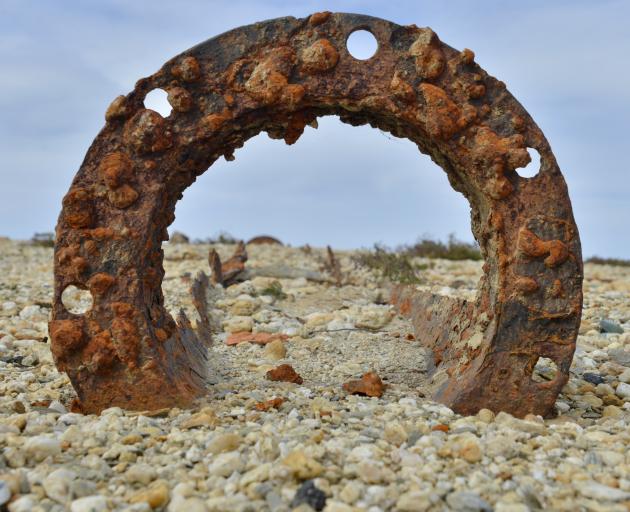 Metal piping which was probably used for mining is now exposed on the lake bed.
"The photographs of the items exposed on the shores of the lake above the Waipori No2 dam now the water level has been lowered are exciting and very interesting."

She warned would-be prospectors and reminded looters that it was "unlawful" to disturb an archaeological site as there could be "evidence relating to the history of New Zealand".

"Archaeological sites are irreplaceable parts of our heritage."

Mr Still, who has studied the site for 50-odd years and is part of a heritage group trying to protect the area, also planned to visit in the coming days. 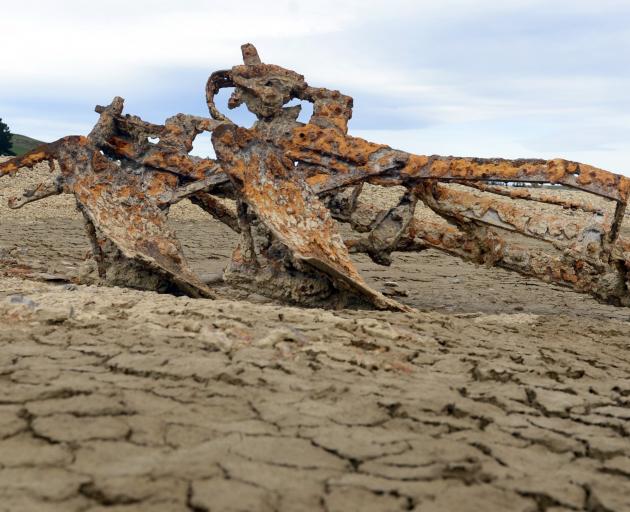 Used by those who lived in Waipori township which was formed in the early 1860s.
"The lake will refill with water at some stage and it would be good if some of those larger relics could be removed.

"The preservation of its history is important and making that information available for the public.

"We already have a lot [of relics] in storage, including a photo collection of over 300 photos. 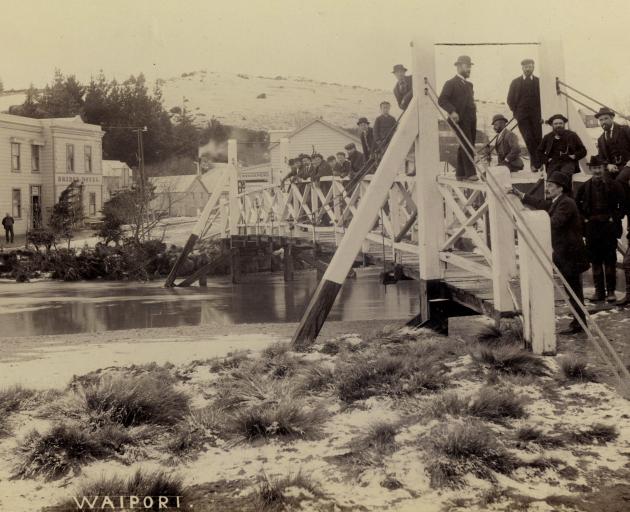 A bridge spans the old river.
"It is very important because having these photographs from earlier days we can then go on to site, where these relics are, and photograph them 100 years later."

He gave an insight into the items.

The concrete structure visible was part of a water tower and was the killing shed/meat store.

He first visited the site 50-odd years ago and is something of an expert on local history.

"The fact that this [the lake] has gone down and exposed all these paths is unusual." 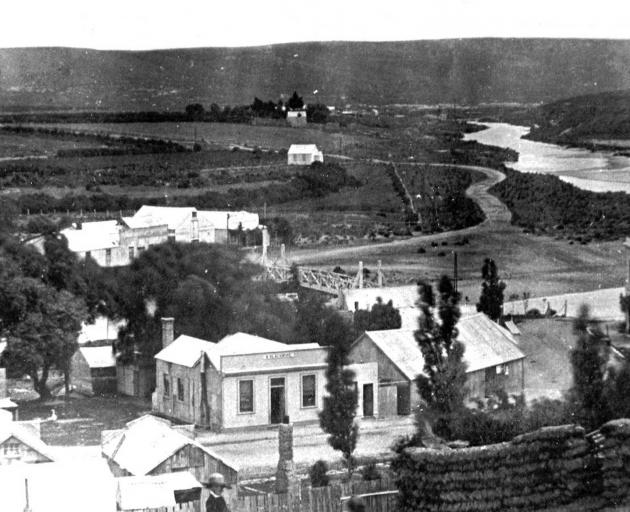 Waipori township circa 1860s.
"The footpaths would take you around gardens and there may be the remains of a tennis court nearby."

Records show some men heading overland from Dunedin to join the gold rush at Gabriels Gully, near Lawrence, found gold in Lammerlaw Creek.

In less than a week, about 400 gold miners were working the banks of the creek and its tributaries. 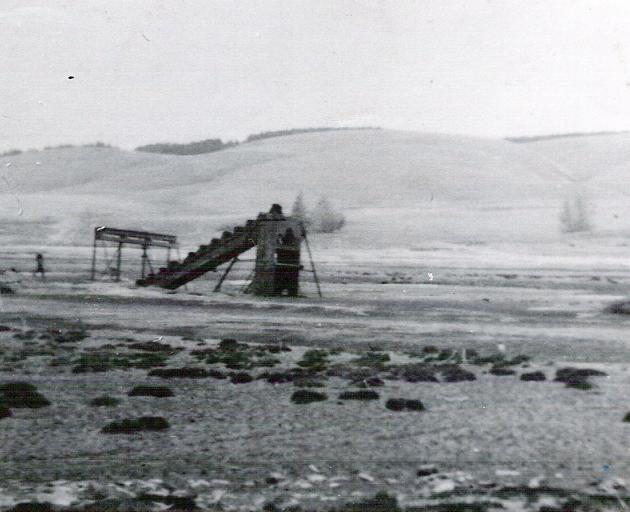 The old goldmining dredge, photographed in 1957, after the town had been flooded.
Mr Still hopes the history will be preserved and is part of a group setting up the Waipori Goldfields Charitable Trust.

He described it as timely - they plan to meet in the coming weeks to talk about fundraising.

The ultimate aim was to build a museum to house all the artefacts, including any new ones.

Trustpower did not respond to questions about how long the levels would remain low, or whether it was a permanent fixture.

Trustpower reduced the level by 2.1 metres following a safety review which found the dam walls could fail in an earthquake. 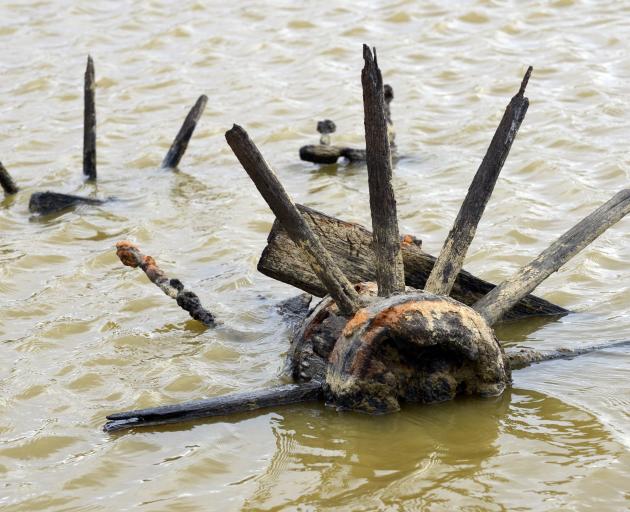