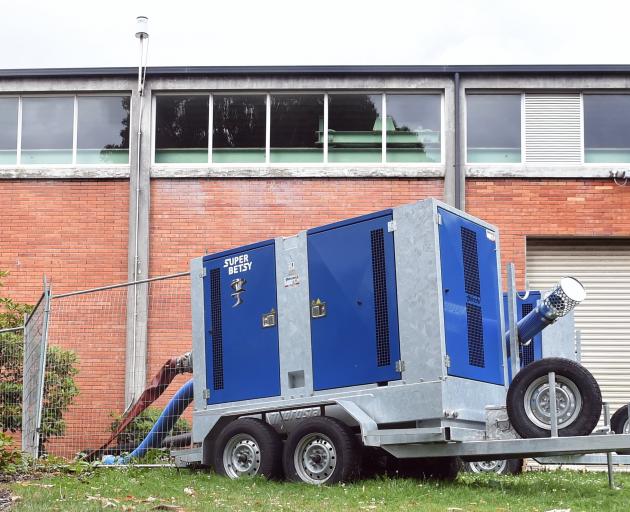 Dunedin’s stormwater system, including at Portobello Rd, was found wanting in 2015 when South Dunedin flooded, but improvements have been made since. PHOTO: PETER MCINTOSH
About $100 million of work is needed to clear a backlog in water, wastewater and stormwater repairs, maintenance and pipe replacement in Dunedin.

But the benefits of a drive to get on with the job are starting to show.

Wastewater blockages have declined in the past four and a-half years, data from the Dunedin City Council shows.

In the same time period, stormwater blockages peaked at 10 in 2017-18 and reduced to six late last year.

An encouraging trend was not so evident for water main breakages. The 24-month rolling average peaked at 461 in 2017-18 and reduced to 403 in the last quarter of last year.

He also said the water main failure rate had reduced in the past six years and there had been significant drops in network blockages and breakages in the past three years.

Cr Lee Vandervis said he was encouraged by advancements that had been made.

Fixing and improving ageing infrastructure has been a prominent theme in 10-year plan discussions.

But Cr Vandervis said spending in the sector was not really due to ramp up until 2027.

Cr Jim O’Malley said this was not about putting off necessary work.

The timing was to allow the market to prepare for the increase in work contractors would need to get through.