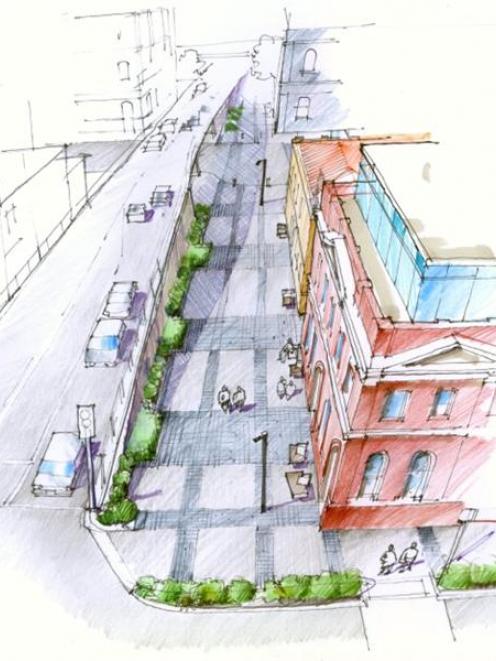 An artist's impression of how part of the new pedestrian mall would look. Image supplied.
A pedestrian mall looks all but certain for the one-way section of Dunedin's Jetty St.

The pedestrian zone would include the narrow section of Jetty St between Cumberland and Crawford Sts, as well as the areas beneath the Jetty St bridge.

The Dunedin City Council proposal was first put before a hearings committee in August.

It was supported by several business and property owners of the surrounding Warehouse Precinct but attracted stout opposition from the Fire Service.

The pedestrian zone would limit access for emergency vehicles to surrounding buildings and limit the street's value as a thoroughfare for fire appliances, the committee was told at the time.

But collaboration between council staff and the Fire Service has brought a collection of tweaks to the proposal.

Removing the need for bollards to block the street to traffic. 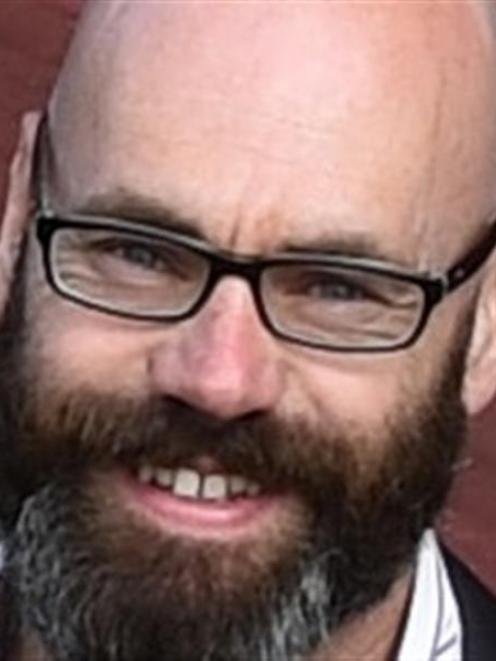 Glen Hazelton.
Ensuring a clear route through the pedestrian zone for emergency services and other service vehicles.

The changes ''appear to adequately address all of our concerns in relation to access and emergency response'', East Otago assistant area commander Craig Geddes said in a letter to the hearings committee.

Dr Hazelton told the Otago Daily Times yesterday the resolution between the council and the Fire Service had removed the ''major stumbling block'' facing the pedestrian plans.

Working with the Fire Service had been productive and satisfying for both sides, he said, and some of the agreed changes even improved the plans from an urban design perspective.

With significant new businesses set to move into the Warehouse Precinct and further hospitality premises on the horizon, the pedestrian section would be well used if approved, Dr Hazelton said.

It would also improve the main pedestrian link between the area and the harbour precinct, via the Jetty St bridge.

The other major objection to the initial proposal came from hill suburb residents concerned the closing of that section of Jetty St would lengthen their daily commute.

Dr Hazelton said a lot of work had been done analysing other routes to see if changes could be made to improve those routes for hill suburb commuters.

However, council staff found ''no cost-effective, practical or meaningful improvements'' could be made.

Several other routes were available to the affected motorists and it was not considered practical to make changes for such a small number of people.

The proposal's fate would now sit with the hearings committee, which would meet next Wednesday.

The committee would decide whether to recommend the proposal be approved or declined.

Their recommendation would then be taken to a full council meeting, likely to be on December 14, where the council would vote on the proposal.

Dr Hazelton said under the best case scenario, the pedestrian zone would be built in the middle of next year.

The work's $500,000 price tag was already budgeted for in this year's Warehouse Precinct Amenities Improvements budget.

That parcel of money was earmarked for the Jetty St plan and would roll on to the next financial year, as needed, he said.