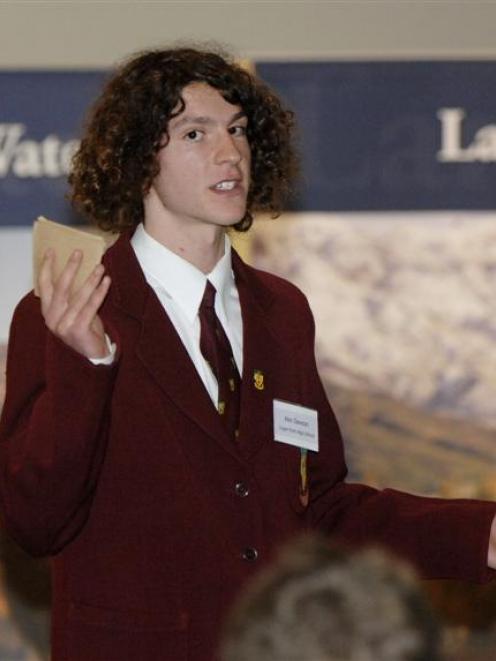 Competition candidates were asked to discuss the likely impact of climate change on life on earth, and ways to reduce the effect humans were having on the environment.

"I discussed [climate change] globally and how it relates to me and my understanding of it. I was arguing it's not too late to do something about it if people are determined to take action.

"But I based my observations on the way we use resources, such as fossil fuels. I hope things change, but I think I took a pretty pessimistic view of things really," Alec said.

Competition chief examiner Charles Kemp said judges liked the "personal as well as political view" expressed in Alec's essay, which did not "bore them with statistics".

"Alec gets to the heart of the matter - the struggle of priority and values which confronts each and everyone of us.

Alec, a prefect at Logan Park, is no stranger to literary success; he won a school creative writing award last year, the Otago Daily Times Extra Short Story competition (2006), and has had several newspaper articles published.

He plans to study law and a bachelor of arts in English at the University of Otago.