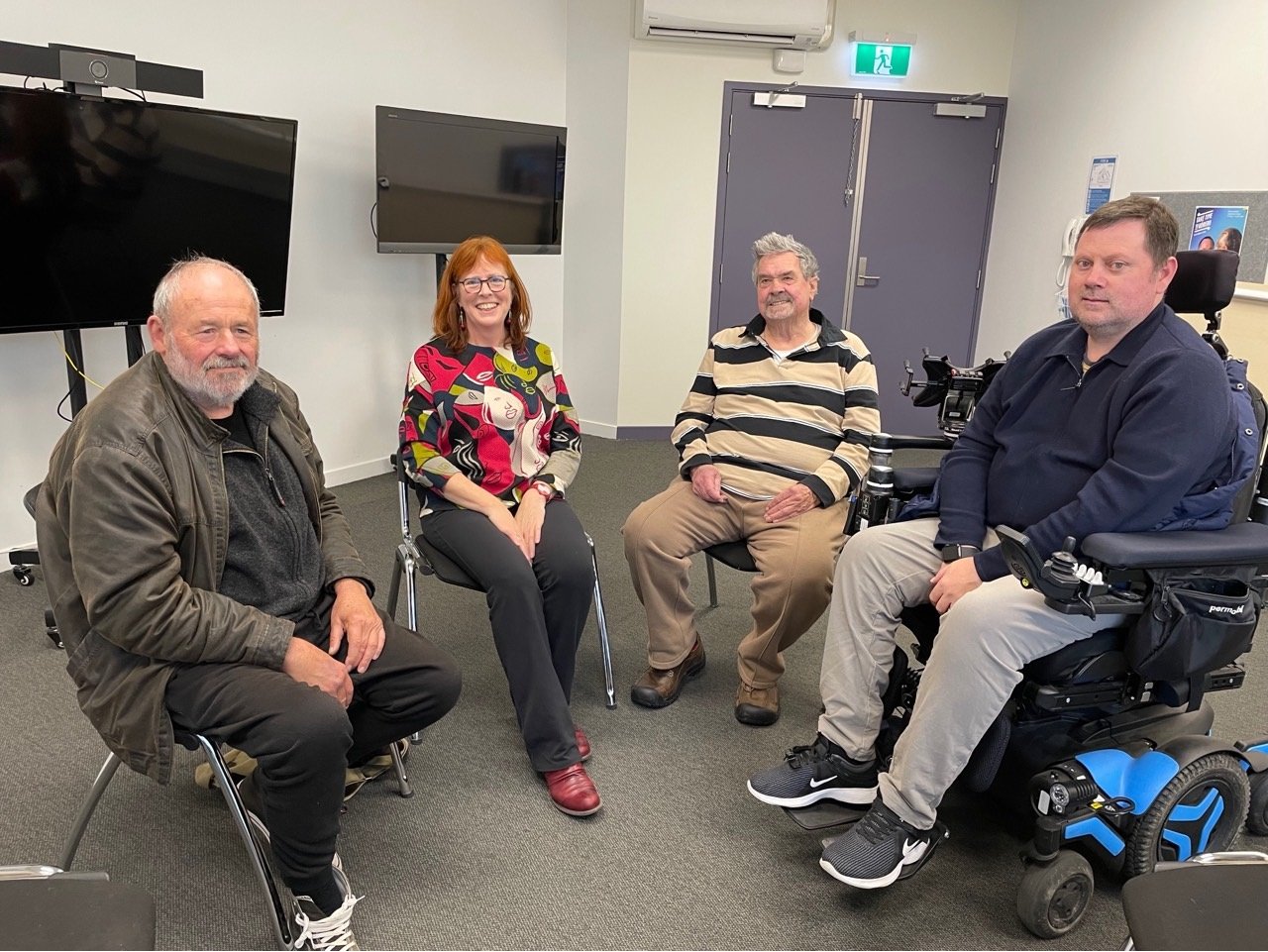 Members of the Dunedin Korero Group are (from left) Graeme Dixon, community aphasia adviser Meryl Jones, Bruce Ross and Paul Wallace. PHOTO: SUPPLIED
Empowering people with aphasia, which can cause a devastating loss of language, to find effective ways to communicate is the focus of nationwide organisation Aphasia New Zealand.

Dunedin-based speech and language therapist and AphasiaNZ community aphasia adviser Meryl Jones was keen to give a voice to people in the local community living with the condition.

Aphasia Awareness Month was in June.

"We want people to stop and think - ‘What is aphasia? Who do I know?’ And ‘How can I help to support that person?’," Ms Jones said.

Aphasia is a language disorder that occurs as a result of a stroke, brain injury, brain tumour, or other neurological issues.

More than 20,000 people in New Zealand are living with aphasia, although the true number is probably higher.

Every day, about eight people in New Zealand acquire aphasia after a stroke - more than 2900 people each year, with one in three people who have a stroke likely to develop aphasia.

"Aphasia can affect different aspects of language, including the ability to find words and create sentences, and also problems with understanding speech or the written word," Ms Jones said.

"However, it does not impact on a person’s intelligence, and their hearing is also unaffected, so it’s important that people speak normally and clearly ..."

By its very nature aphasia tended to be a silent disability, with communication difficulties often leading to social isolation, and associated depression.

"One of my roles is to help give people living with aphasia a voice, and to help them to continue to participate in society," Ms Jones said.

Along with working to educate people with aphasia, she also helps family and friends with strategies for finding pathways to effective communication.

People who developed aphasia in New Zealand were given good support through District Health Boards, although this tended to be for a fairly limited time, she said.

This was where AphasiaNZ stepped in, providing ongoing support services (including peer support groups), resources, education, information and carers.

• Words go missing, or there are no words at all.

• Difficulty dealing with numbers and money.

• There is also a group for people with Primary Progressive Aphasia, led by Charlotte McCully, which meets monthly on a Saturday. For details, contact Ms Jones as above.

How to help someone with aphasia communication

• Talk naturally - there is no need to shout.

• Recap to check you are on the same track.

• Cover one idea at a time.

• Confirm yes or no.