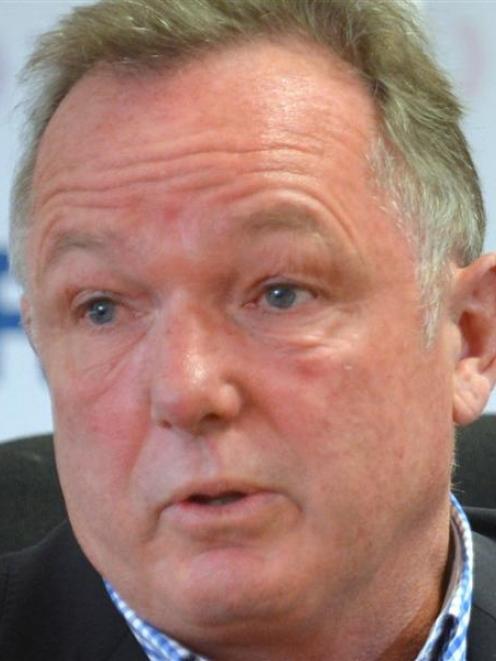 Malcolm Inglis
A surge in the supply of methamphetamine is being pushed by gangs on a ''willing market'' in the South, police say.

Search warrants were executed last week on six Dunedin properties connected with the Bandidos motorcycle gang, who had set up a probationary chapter in the city earlier this year.

Five associates of the gang face a range of charges, including possession of methamphetamine, and more charges are likely.

Detective Senior Sergeant Malcolm Inglis, of Dunedin CIB, said warrants were executed as police were ''trying to stem the flow [of methamphetamine] because we know the harm''.

Intelligence received by police revealed there had been a ''large increase in the availability of meth in the Southern District''.

That supply, often sourced from Auckland, was a flow-on from the Christchurch market, where criminal gangs had been active, he said.

Driving that increase in supply was a ''willing market'' for methamphetamine in the South, and he cited foreign workers in Queenstown as one such market.

''That is certainly something on our radar.''

It was no surprise that the increase in supply of meth was coupled with an increase in Southern gang activity, Det Snr Sgt Inglis said.

''We are certainly seeing a rise in it and, if we can, we would like to get on top of it. It is not an easy job because, like any illicit drug, there is an underworld that we don't know everything about.''

In the case of the Bandidos Dunedin probationary chapter, the associates were trying ''to pass themselves off as a family-friendly group, but that is not the case''.

He warned that any gang involved in the illicit drug trade could have its assets seized under the Criminal Proceeds (Recovery) Act, which was ''another tool in our tool box''.

That drug use impacted on the community, and he noted desperate addicts could be involved in rip-offs and standover tactics to feed their habits.

''We are concerned with anyone involved in methamphetamine and we are certainly aware of the harm.''

A tenth of a gram of methamphetamine sold for $100 and addicts were ''using a lot more than that''.

''The money has to come from somewhere and some people are using thousands of dollars [worth] a week.''

Asked if there were likely to be any meth labs in the South, he replied: ''It would be silly to think there wasn't.''

• Methamphetamine is highly addictive.
• Tolerance to meth develops quickly, meaning that higher doses are necessary to achieve the same effects or ''high''. Many users compensate by taking increased doses.
• A 10th of a gram has a street value of $100.