Workplace culture at SDHB under microscope 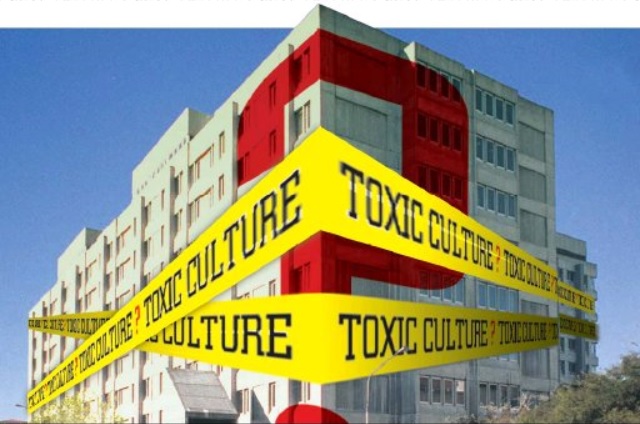 A range of recent official and anecdotal reports have highlighted workplace culture issues at various Southern District Health Board sites. Health reporter Mike Houlahan asks if one of the region's largest employers is one of the worst places to work.

This week Otago Daily Times readers learned of claims junior doctors had been "broken" by bullying, favouritism and humiliation during their time in Dunedin Hospital's gastroenterology department.

A day later, Southern District Health Board chief executive Chris Fleming said there were deep-seated issues in the department and fighting there needed to stop.

This would be alarming enough, but issues highlighted by an external report into gastroenterology were not the first example of outsiders finding deep-seated and troubling workplace culture issues within the SDHB.

A review of allied health said clinicians were "stressed, fatigued, and have a significant lack of trust in DHB management and leadership at all levels."

For good measure, it said "churn, exit, burnout and physical/mental distress appear to be rife".

A 2017 review of urology said a seeming rift between clinicians and senior managers in Dunedin was a main driver for the inquiry, with most interviewed expressing "frustration" with the department.

A similar external review of ophthalmology also highlighted issues between clinicians and management over resource allocation.

Rivalries between colleagues and resentment between staff and management are as old as the workplace, but the SDHB - which employs 4500 people across the region - appears to have a high number of troubled departments.

An internal staff email last month, forwarded to the ODT, seems to back that view, with acting CEO Lisa Gestro writing: "We do need a strong and constructive internal culture where we are able to constructively discuss our challenges and work collaboratively on solutions ... this requires our collective effort - none of use can do this alone."

Health sector union leader Deborah Powell said there were multiple signs the SDHB was in "crisis mode", and staff lacked confidence in management.

"For example, why does it take a strike by a union to get something done on health and safety?

"There are a whole lot of fundamental wrongs in the way that managers are managing, and most of the driver of that is money: if they don't have to spend the money to get another radiographer to do a night shift, then they don't, and they won't until something makes them.

"That leads to a culture where you don't think your employer cares about you and that the only way things change is if there is a disaster and the service ends up on the front page of the Otago Daily Times."

Dr Powell said such issues were common across the entire health sector and not unique at the SDHB.

"Health has a problem, we have a serious bullying culture in health.

"Unless we get a fundamental change in culture, bullying will persist, and [the change] needs to be led from the top."

Information released under the Official Information Act showed the SDHB had just one complaint of bullying in 2017, but eight last year.

Of those four were still being dealt with and one was informally resolved; one employee received a written warning, one restorative process was held, and one employee resigned.

The organisation has had two bullying complaints this year; one case is still in progress, the other resulted in an employee resigning.

There have been six sexual harassment or assault complaints in the same period; one employee received a written warning, another was dismissed.

"But I think `toxic' is an over-the-top description, although it may feel like that and be like that in some services under considerable pressure."

Mr Fleming, who became chief executive in January 2017, said the organisation had lots of long-standing challenges, and the only way the SDHB could improve its workplace culture was to face the problem front-on rather than hide.

"In the past a lot of this stuff would have been either overlooked, swept under the carpet or not confronted or addressed, whereas we are determined to be very open, face the issues and tackle the challenges, and what that means is that things get uncovered."

The SDHB workplace culture initiatives included a "Speak Up" campaign to encourage staff to highlight issues to colleagues, and setting up a quality and governance team.

"In an organisation of 4500 people there will always be some challenges and some issues," Mr Fleming said.

"Human relationships are complex, particularly when you are working in a resource-constrained environment."

Issues highlighted in the gastroenterology report had existed for years without being addressed, and to make the SDHB a better workplace the organisation needed to pay more attention to its problems, Mr Fleming said.

"If we think there are no issues that need to be tackled in the Southern region we will be wrong; what we want to do is be looking ahead rather than reacting and responding."

The SDHB carries out staff engagement surveys every 18 months; results of the latest one showed workplace culture had improved in all but one indicator.

"I think SDHB is a good place to work," Mr Fleming said.

"Do we have our problems? Yes we do.

Funny, I didn't read any of this in Ms. Grants advertising feature in the Star this week. Or anything about the blown budget either. Could it be Ms. Grant's regular health feature isn't telling us the whole truth and is in fact a waste of money?

I definitely have a lot to say about this. Pages of emails and concerns but everything swept under the carpet and employees nearly having nervous breakdowns.